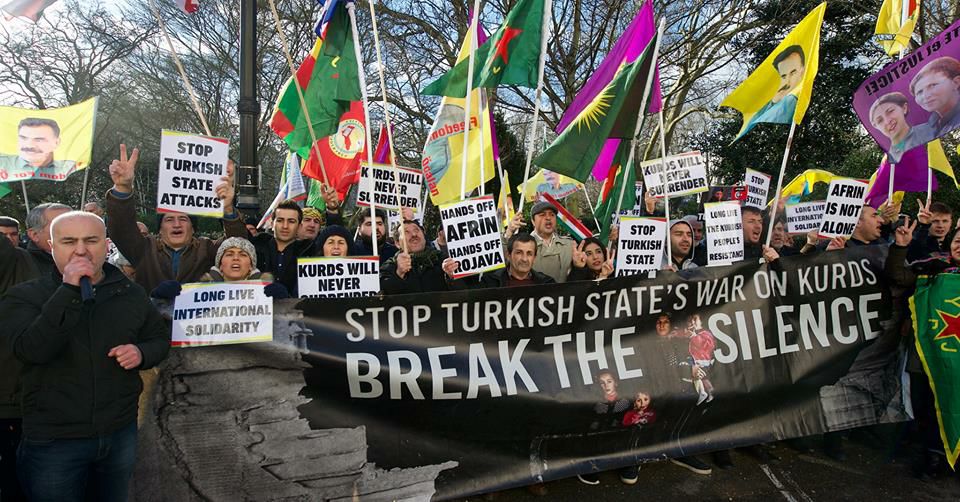 Why: The Democratic Federation of Northern Syria (otherwise known as Rojava) is one of the most successful democratic revolutions of our time. Home to some 4 million people, they have managed to create a movement for stateless democracy, cooperative economics ecology and women’s liberation in the midst of one of the worst civil wars of this century. The people of Rojava have liberated thousands of people from the Islamic State and carved out a region of peace and stability during the war.

Now they are under direct attack from Turkey’s fascist president Erdogan and his military, which is attempting to invade Afrin canton and kill countless civilians in the name of genocide against the Kurds and other ethnic minorities living there.

Here in Olympia we will be hosting a film screening and a benefit concert to raise awareness and material support for the revolution at the same time as many other cities around the USA. The North American Kurdish Alliance has called for an international day of action on March 24th and we are answering the call.

All the proceeds will go to the Kurdish Red Crescent, the primary humanitarian and medical aid group operating in the region saving lives. If you are unable to attend, please donate to the fundraiser and share with your friends and family: http://www.heyvasor.com/en/ji-bo-efrine-besdari-kampanyaya-mezin-a-neteweyi-bibin/