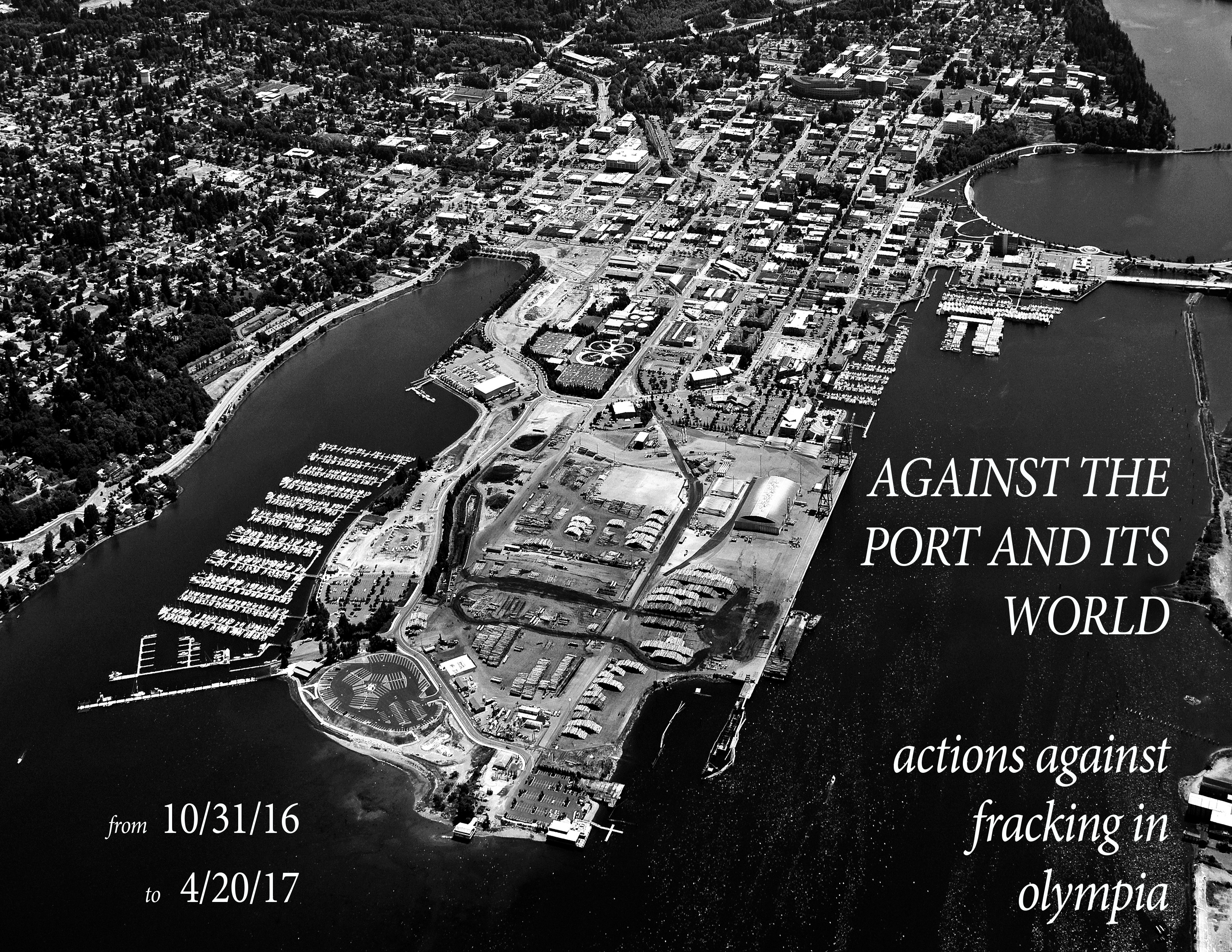 The texts in these two zines are all stuff that’s been online already but maybe distributed in paper form the communiques will reach a broader audience. So print some out and give them away.

“In a city that is being rapidly gentrified, the attack against property is an action which attacks gentrification. We are rapidly being drowned in the rising rents of Olympia, homeless people, queer and trans people, people of color are being increasingly harassed by the police in an effort to ‘clean up’ the cities image to bring wealthy investors to create niche shops that are full of over priced bullshit that most of us cant even afford. All the while, it is the voice of the business owners that is constantly hailed as the voice of ‘the community’ when in reality they are nothing more than a wealthy, land owning majority that doesn’t give a shit about poor and houseless people.”

Against The Port and It’s World: actions against fracking in Olympia  Print  / Read

“The following is a set of communiques from the blockade set up to stop the shipment of proppants through the Port of Olympia Washington. We present this compilation as a gesture towards building collective memory, and to celebrate the recent struggles that have taken place.”