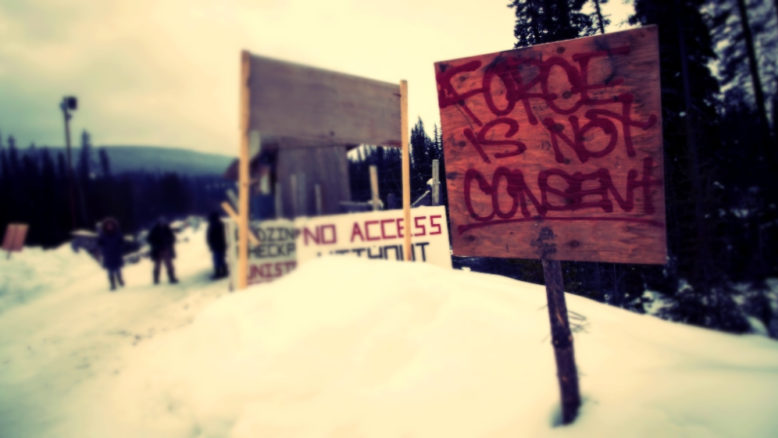 TC Energy recently sold 65% of their 100% stake in their Coastal Gas Link Project.

But does it mean anything?

Is the project struggling? Is TC Energy? Is there a chance this project will just fall by the wayside? After reading too many industry news sites and pompous press releases, interviews and share reports I have bad news.

It’s unlikely this indicates anything significant – and it doesn’t seem to be a sign of a flailing project or company.

In short; corporations buy and sell investments in projects all the time – and TC Energy has been doing a lot of this. TCE also announced back in 2018 that they intended to reduce its shares in the project, and hired RBC to help do it in January 2019, so it’s not a new or recent development. Project messaging has stayed consistent, and since the project is still in early stages new buyers must have a lot of faith it will proceed as planned.

All in all, the sale is unlikely to mean that any part of the CGL project is at risk, and seems to just be good get in/get out business sense.

TC Energy will still have a 35% equity partnership in the project, and will still be responsible for building and operating the pipeline. Their chosen contractors and subcontractors will also remain the same.

So which greasy-handed corporations just bought 65% of a project that relies on the armed invasion of sovereign territory with the backing of the state? Turns out there are two: KKR and AIMco.

KKR is a private Korean investment corporation that funds pension plans and has offices abroad.

AIMco is closer to home; the Alberta Investment Management Corporation which funds a lot of provincial pensions. AIMco, in name only, also happens to be a crown corporation with a board full of current and ex-energy executives.

To name a few of them;

2) Tom Woods: of Bank of America Corporation; the CIBC Children’s Foundation; St Michael’s Hospital Foundation; the Board of Advisors of the Department of Mechanical and Industrial Engineering University of Toronto

So is the state purchasing another pipeline project due to conflict with Indigenous communities?

After reviewing their mandate, policy and regulations it becomes clear that AIMco, as a crown corporation, still very much operates like a private corporation with its key responsibility being to the pension plans it funds and very little responsibility to honour crown responsibilities. Essentially, those with their pensions invested with AIMco are the ones profiting – aka their shareholders.

So who are the “shareholders”?

Notably, AIMco funds the pensions for all police officers, police chiefs, and deputy chiefs employed by local authorities in Alberta, as well as provincial judges and masters in chambers.

While the CGL project takes place solely within the unceded territories of so-called BC, this is still concerning. The thin blue line unites police forces throughout Turtle Island – and the same can be said for judges trying to uphold their precious rule of colonial law.

Imagine police and judges dealing with individuals responsible for putting their brethren’s pensions at risk.

Additionally; AIMco also has interests in the Northern Courier pipeline within Alberta and is now eyeing the TransMountain pipeline. Imagine contesting those projects: You would be arrested by and tried before individuals with a direct financial interest in the project you were organizing against.

Some other vaguely interesting tidbits about AIMco:

Yes. With their latest announcement, TC Energy announced that they’ll make 10% of their equity shares available for purchase by any First Nations (band council) they’ve signed on to this project.

It’s makes TCE look good to the (ignorant) masses and white progressive-liberal type folks.  Ultimately though it’s just a downright dirty ploy to further split and polarize groups opposing the pipeline which will undoubtedly put more stress on those resisting it. This makes acting in solidarity and vocalizing support even more important.

Originally TCE wanted RBC’s help to sell 75% of their equity in the CGL project. There’s little doubt that this 10% was reserved solely for some PR manipulation. Don’t let them benefit from it.

It’s also worth noting what the sale outside of its logistics means.

This project is embroiled within a longstanding Indigenous land reclamation that is, factually, backed by the Supreme Court of Canada.  A project that is in very early stages – a “greenfield”. For TCE to market their shares, find two successful buyers, and make a profit in the midst of court cases and active resistance means there is some serious faith (or outright knowledge) that the crown intends to support the project proceeding as per normal.

It may just be a show of confidence and arrogance for their investors – but their actions could also be signalling that we need to be preparing to fight where we stand. That they, and perhaps the RCMP, have been given advance notice of the court decision to prepare for a potential response.

If we want to affect their involvement in the project we need to do exactly what we would do for a private corporation: make the project lose money and pose enough instability and risk that they withdraw. As one example; continuous, targeted and disruptive actions against potential investors and contractors within the beginning of 2020 could stress the relationship CGL has with any potential investors and risk their LNG facility project funding, which we learned is not yet secured.

Alternatively, create such a threat of social disorder and provide an easy face-saving “out” that the project is cancelled altogether. While this project has always been backed with force by the state, AIMco is a crown corporation and that should only invite an open season against the project itself, as well as the state. Both are inherent struggles against both police, and the prison industrial complex.