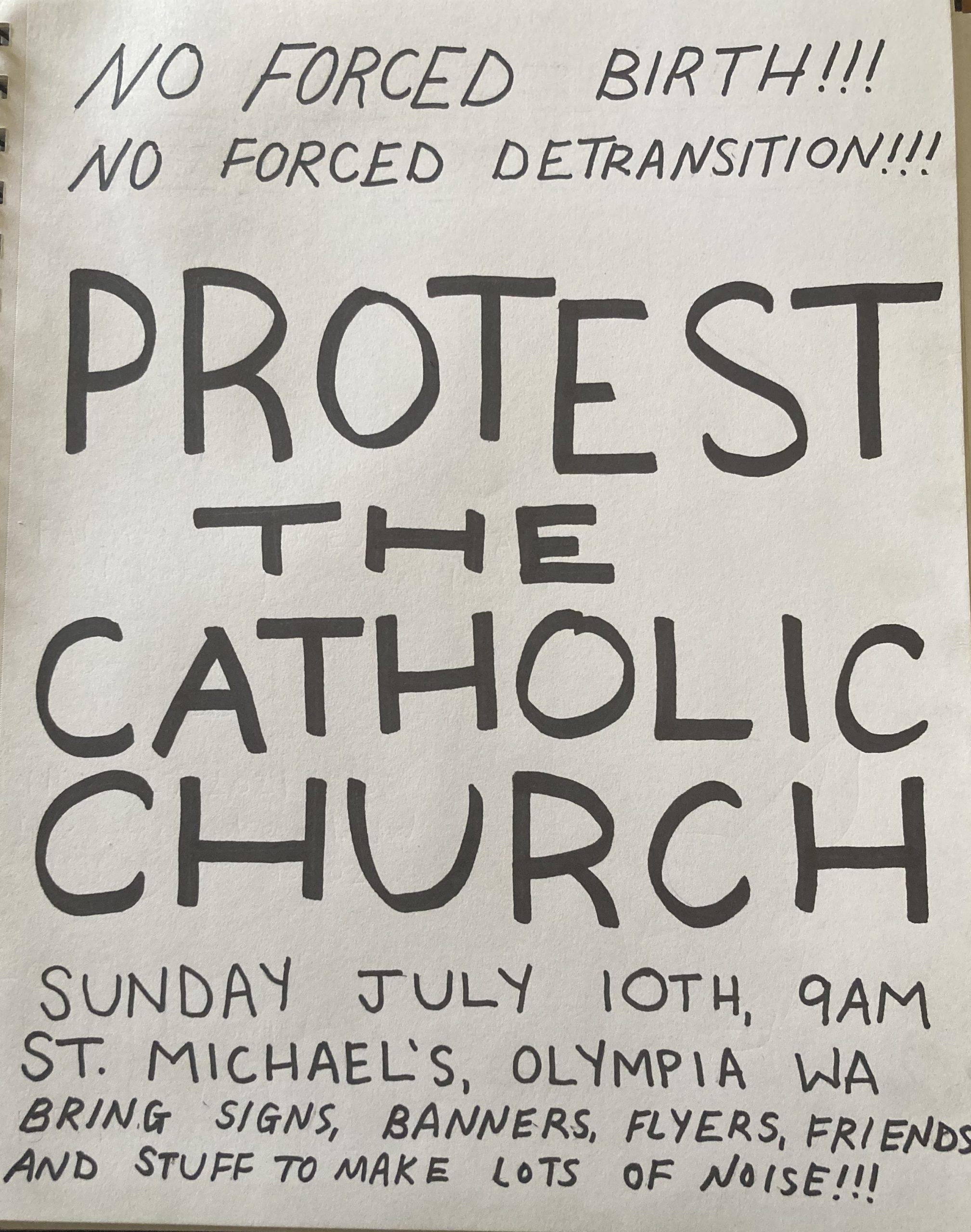 “Every church is the same: control, destroy, obliterate every good feeling…. For all its history the church has tried to suppress and control every natural impulse.”

It is no coincidence that heightened attacks on transgender people are occurring at the same time as the erosion of abortion rights in the United States. We can trace a through-line from the crusades and witch hunts, to the missionaries who committed genocide against the indigenous people of this continent, to the church’s complicity in and celebration of the AIDs epidemic, to the widespread sexual abuse of children, to the strict separation and policing of the categories of “man” and “woman,” and the patriarchal subsumption of women to their husbands, their churches, and to God. The Catholic church has played a central role in all of these – we’re here to say no more.

Against forced birth, against forced detransition, against patriarchy, protest at the church during Sunday mass. For total bodily autonomy!