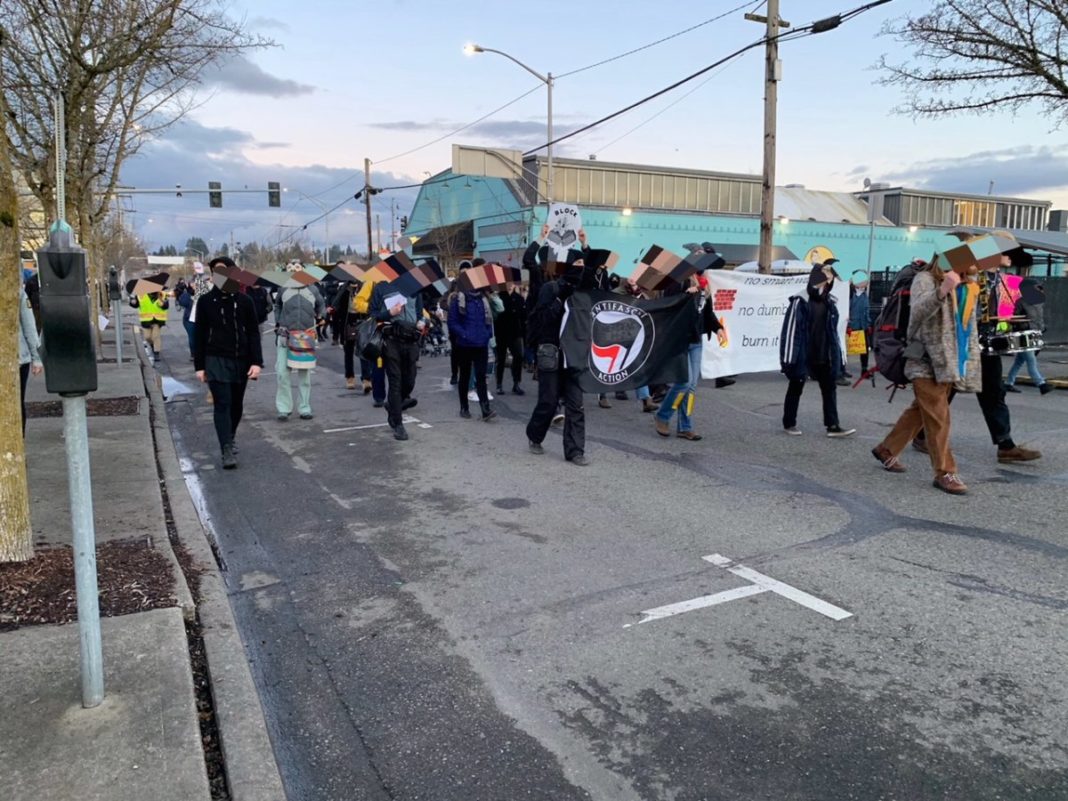 On Wednesday, February 20th, a coalition of local organizations, anarchists, and other comrades in Olympia, WA held an afternoon of events as part of the #BlockTheWall call to action.

The afternoon began with approximately 25 people staging a series of bank shutdowns throughout downtown Olympia. The banks that were targeted enable deportation and border infrastructure through debt-financing provision to for-profit migrant detention center operators, namely CoreCivic (formerly Corrections Corporation of America) and GEO Group. At 3 p.m. the demonstrators entered the downtown branch of Bank of America and distributed informational leaflets, drummed on buckets and chanted “no borders, no nations, stop the deportations!” Upon exit, yellow caution tape was strewn across the bank entrances. The bank management locked the doors. A similar sequence of events was then executed at a nearby U.S. Bank branch. The Olympia Police Department closed the Chase branch while the group was on its way there. Protesters milled outside the Chase bank’s doors, passed out leaflets and shouted anti-border chants. The action concluded with a second visit to Bank of America, which protesters were happy to find closed for the remainder of the day. 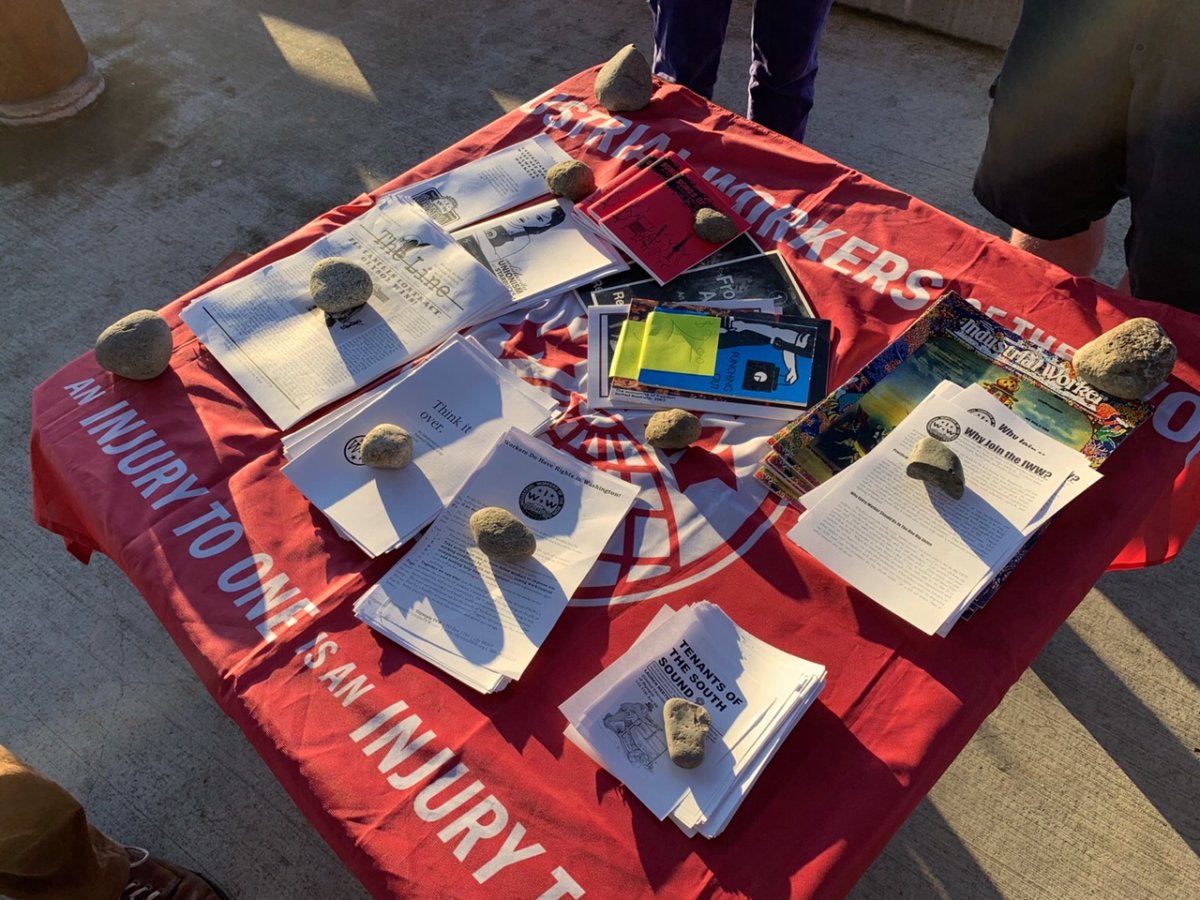 At 4 p.m. there was a #blockthewall community gathering at a park in downtown Olympia. About a hundred people gathered to share food and drinks, distribute literature, and play “Whack A Wall”—where for a sliding scale donation, you could help to destroy a faux-brick wall (weapons included bats and hammers, as well as a U.S. constitution, which people quickly realized wasn’t up for the job). Friends socialized and children played on the playground. Bike cops hovered nearby. 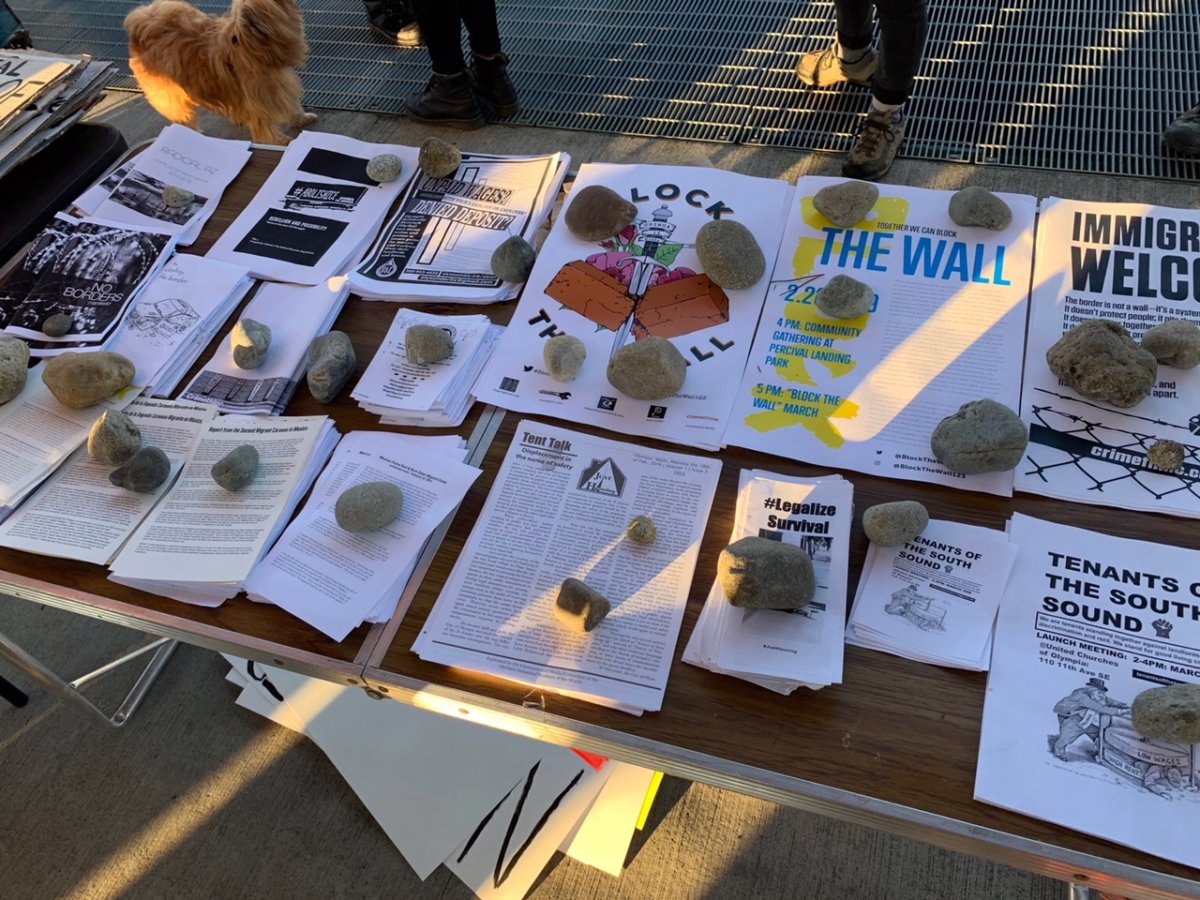 Toward the end of the gathering, comrades read aloud the statement and call for solidarity written by the migrant caravan that is currently in Mexico City. We also heard from organizers of Justice from Yvonne, who linked the racist border wall with the local racist police who have been covering up and refusing to investigate the murder of Yvonne Mcdonald. 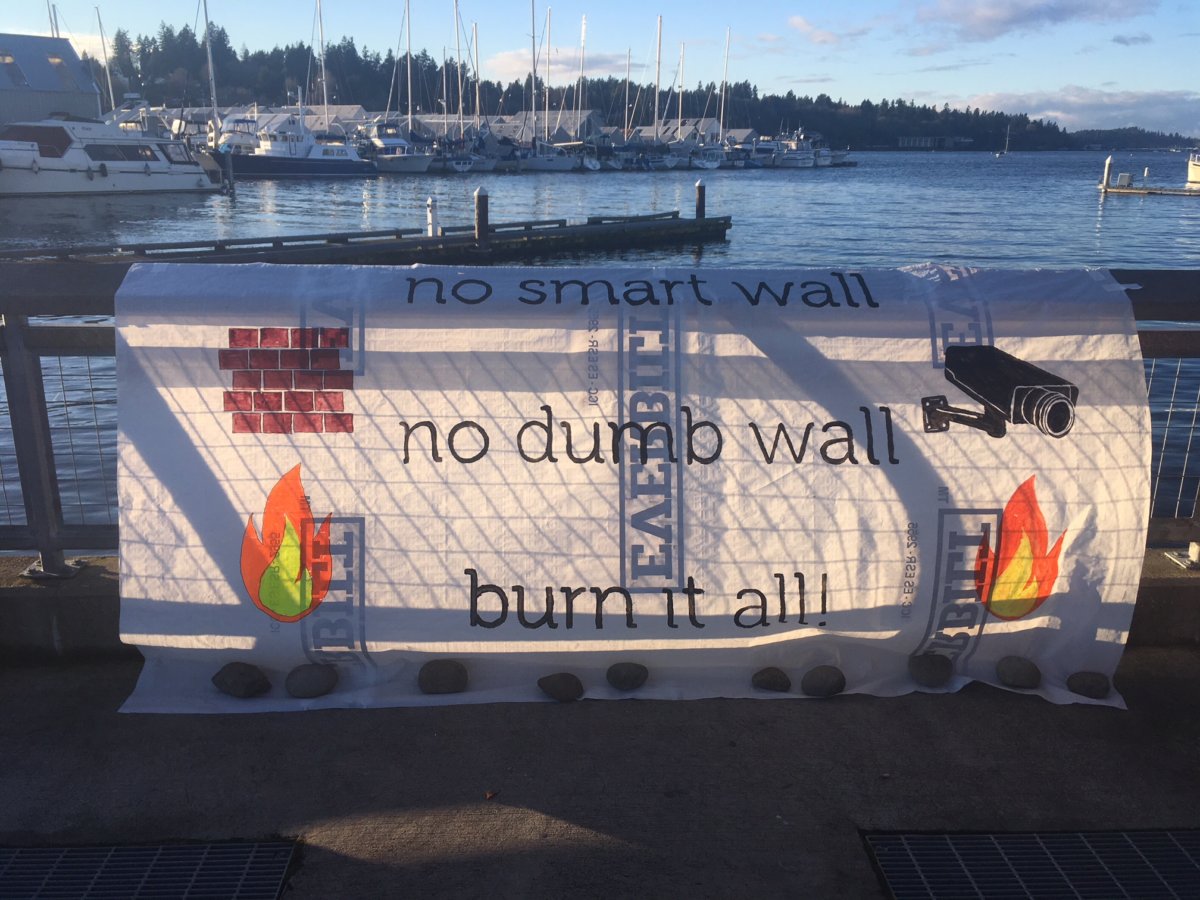 Around 5 p.m., the crowd turned to the streets, chanting “brick by brick, wall by wall, we will make your border fall”. Banners like “no smart wall, no dumb wall, burn it all” lead the march through downtown Olympia. Comrades pulled behind the march with a pick-up truck blasting music. We slowly marched through downtown Olympia, dancing, playing bucket drums, clapping, yelling, and chanting, “from the windows to the walls, ’till all these borders fall!” The joyous march continued to the “Artisian Commons”, commonly refered to as The Well, a local park and gathering place that was recently closed by city government and now remains locked behind a tall chain-link fence. We stopped at the well to continue dancing in the street and leering at the police. Some friends hung a banner on the fence reading “From the Well 2 the Wall: Fuck Trump & City Hall” to cheers from the crowd. Our march looped through town, chanting and handing out informational flyers, and ended with a gathering at a major intersection where cars honked in support. 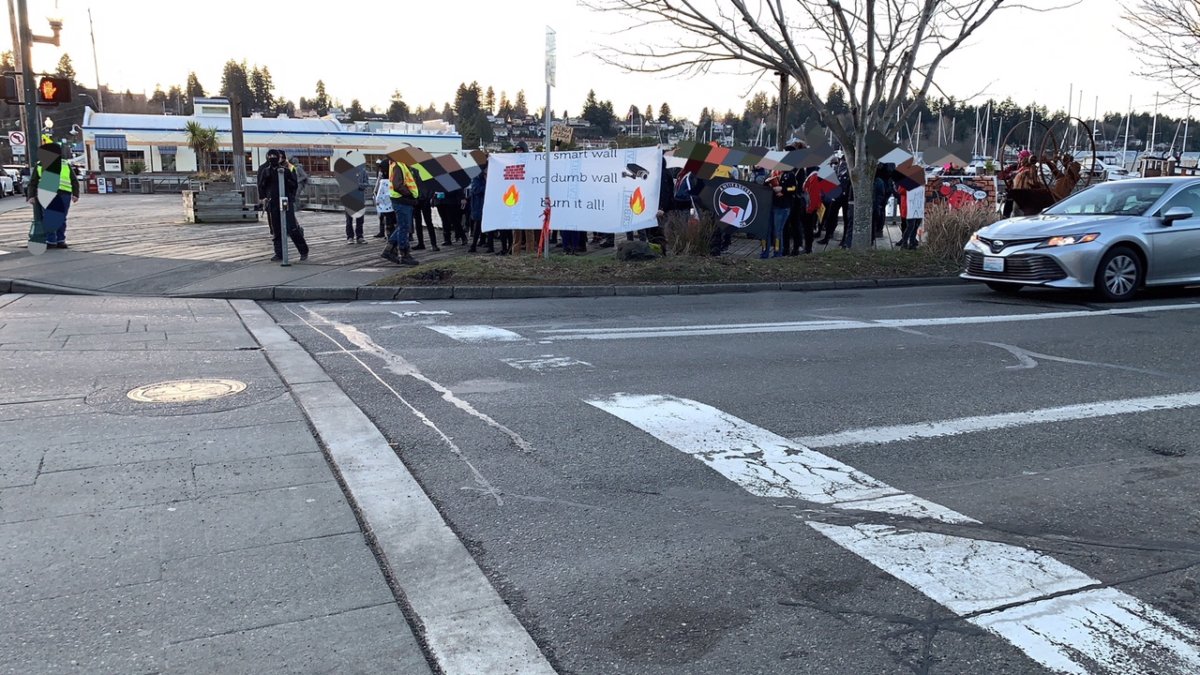 These connections between local issues and the struggles happening in our community with the struggle against the border and for freedom of movement for all are something we wish to push further as we continue organizing together and resisting the racist, violent imposition of borders.