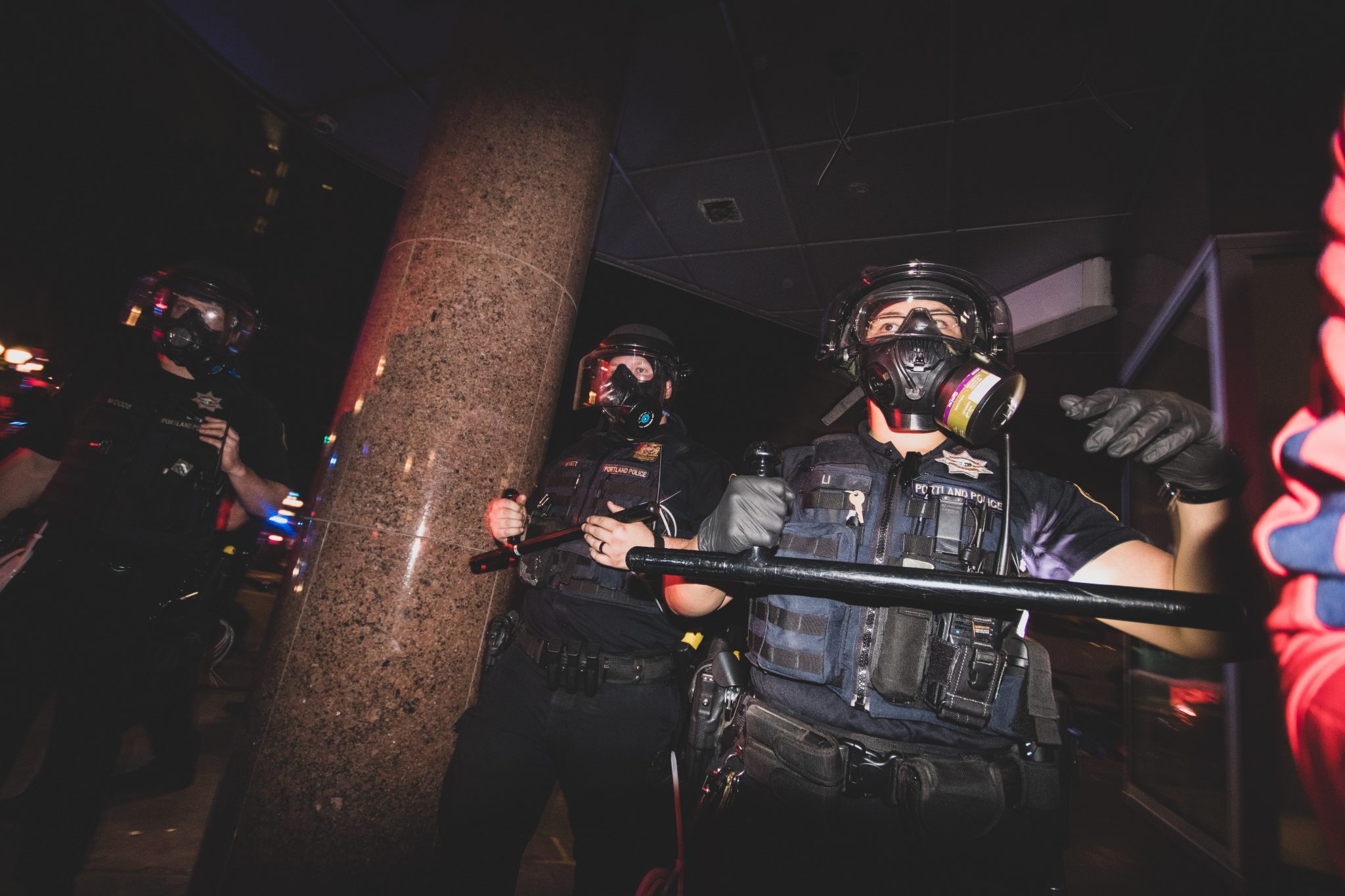 Jail support volunteers and legal observers were met with an unprecedented amount of hostility and harm from the Portland police in the very late hours of June 6th, 2020. The police have been intentionally fucking with our jail support efforts for the past week in their effort to keep released comrades from finding us, however, last night marked a clear escalation.

We saw many cops driving past and walking out of the injustice center, but none interacted with us in any way. Around 1-1:15 AM, three cop cars pulled up and about 15-20 cops got out, batons out and yelled for us “to leave immediately or we would be arrested.” They immediately surrounded us while everyone tried to gather jail support supplies such as food and coffee. We were told again to leave RIGHT NOW and “run fast” or we would be arrested. They effectively chased off and split off our group. One of the group that got splintered off was walking down with their hands up.

The cops followed and threatened us for a block until we got to one of our cars, someone looked back at them and they said “don’t look back at me again,” they kept ordering us to move faster. I felt if we stopped they would not only arrest us but assault us. At this point it was very late at night with not many people around. They followed not only on foot but with a police cruiser and when our car got unlocked the cop car pulled up behind it and a cop in the back said “This is your car? Thanks, you’ll be getting towed in a couple days” and visibly took a picture with his phone.

This was planned, targeted harassment – they knew exactly what we were doing, this was not some random caravan of cop cars that pulled up to disperse protesters. Similarly we noticed legal observers on the ground were being harassed, targeted and attacked by the police. They shined lights into phones and threw flash bangs and tear gas directly at them. This continued all night long with the police following their every move and trying to gas them so thoroughly that they’d be forced to leave.

The struggle is not finished until the last person is out of jail. Our comrades putting their bodies on the line fighting against violent police murder and the oppressive state can not be purposefully kept from resources and support from their community by the cops. Police attacks during jail support is an unprecedented escalation of police violence and an attack not just on us but on everyone engaged in this struggle and being impacted by the prison industrial complex.

This is a racist system designed to work exactly how it did last night. You should be very disturbed and concerned. We can not stop supporting our comrades in jail! We call on the community to not leave at the end of a rally until the last person is out of jail. Again, this is unacceptable and a clear escalation of the fascist state. Our comrades in jail and those supporting them call on the community to mobilize and support them thru out the late hours of the night so arrestees being released from jail and those supporting them are not vulnerable to further police and civilian fash violence.

Solidarity with all our comrades in cages and those fighting to get them out! Solidarity with the family of George Floyd and every black life experiencing generational oppression from police brutality at the hands of a racist and unjust state. Black Lives Matter. Rest in Power George Floyd