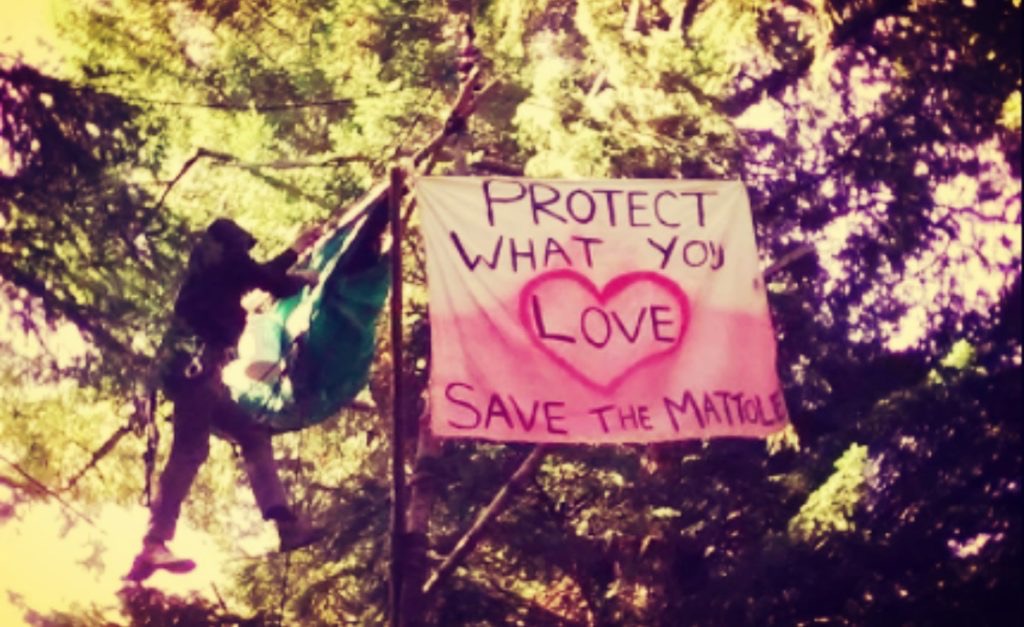 Right now there are at least two active aerial blockades happening in the Pacific Northwest! Follow Cascadia Forest Defenders and Save the Mattole’s Ancient Forest for updates. Shout out to our fellow forest defenders!

On October 23rd, near McKenzie Bridge, Oregon, Cascadia Forest Defenders [CFD] erected a road blockade at the entrance to the “W” Timber Sale to protest the current logging on National Forest Land. The protesters aim to end Seneca Jones Timber Company plan to destroy thousands of acres in the McKenzie River watershed. The road blockade consists of large slash piles, multiple cars, and a refrigerator – all serving as an anchor for a human-occupied platform suspended 80 feet up a Douglas fir tree.

Meanwhile in Humboldt County, California, lovers of the Mattole forest have climbed high into threatened trees, and at least one climber is occupying an aerial platform attached to a blockade in the logging road. Not only has this blockade acted to stop the detrimental practices of Humboldt Redwood Company SINCE JUNE, but it has also stood in the way of the destructive powers of Sierra Pacific Industries by surpassing their logging permit of an area of residual old growth (which ended August 29th). This is a huge victory!