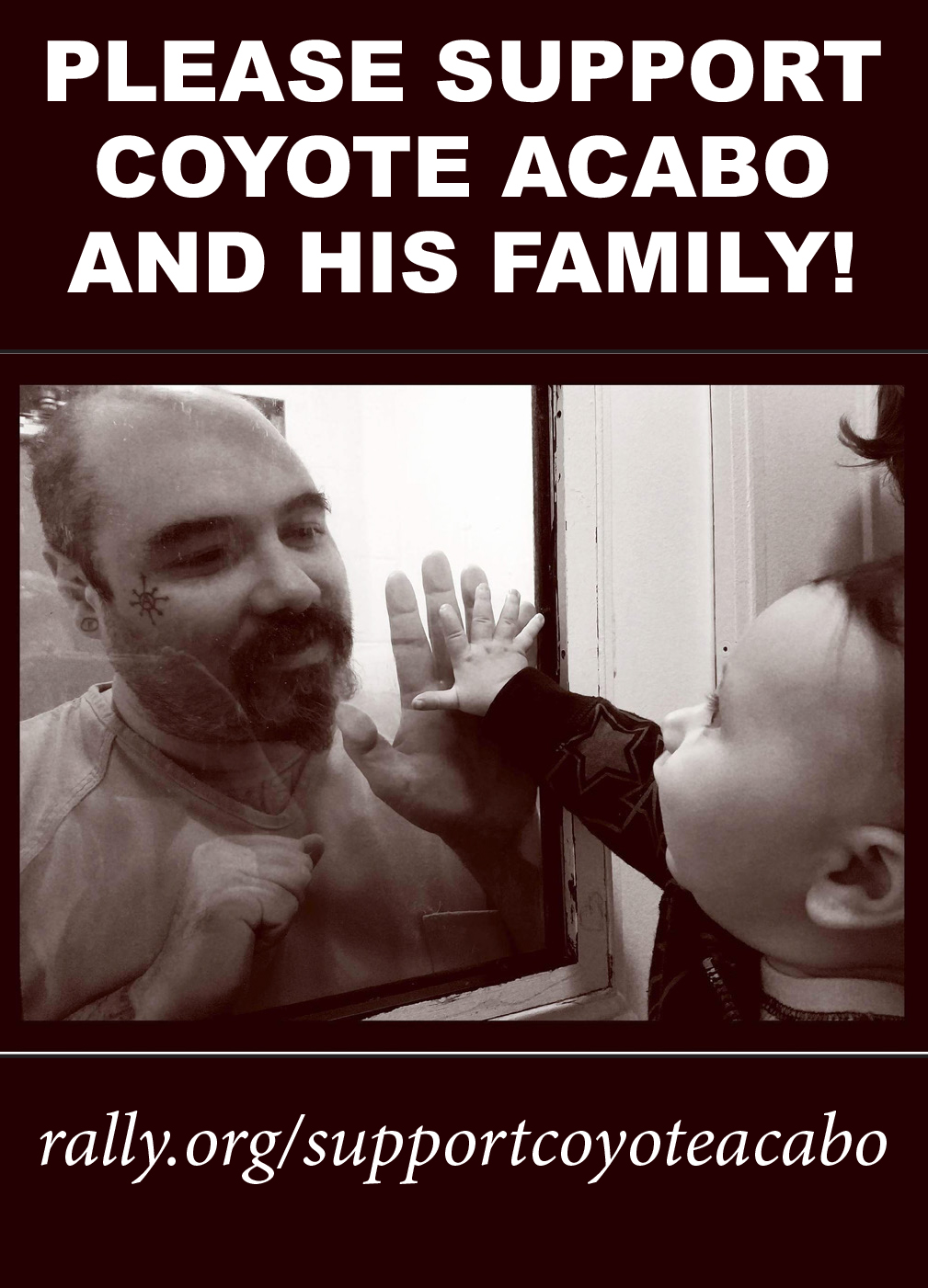 In this interview, recorded several months ago, Coyote begins by describing his past experiences with imprisonment. He was in and out of youth incarceration while growing up, and entered prison as a teenager, where he spent the vast majority of his adult life. He became an anarchist while in prison, and upon his 2013 release became immediately engaged in anarchist struggle. Coyote discusses that engagement and his various arrests, and finally his felony arrest, leading to his current incarceration. He also reflects on the importance of family, self-work and accountability, and the importance of prisoner support.

Coyote re-entered jail on July 12th he’s expected to do a two-month 20 day stint (with good time). He needs support in the form of books, zines, and money for commissary and phone calls, but is not asking for letters at this time. He particularly wants books and zines about radical parenting, anarchist fiction and memoirs. Please continue to support this anarchist of color and his family in their resistance and survival in defiance of this ongoing state repression.

(No hardcover books) books only from publishers. Zines OK (no staples)

Coyote has moved now send zines and books to:

Read a text interview about prison with coyote from 2014 here

Music: Prey’er by Bambu and The State Is a Terrorist by Angry Ukulele