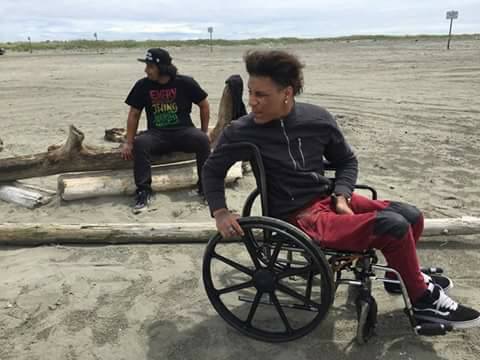 UPDATE: Andre has been released! But Bryson is still in jail, and will continue to need support in the months to come.

Andre Thompson and Bryson Chaplin, two young black men, have been through a harrowing ordeal over the last two years. On May 21st 2015, police officer Ryan Donald shot both of them multiple times on a dark road on the west side of Olympia, attempting to kill them after they tried to steal beer from Safeway. While they luckily survived his attack, both have consequent health problems, and Bryson’s mobility will be severely compromised most likely for the rest of his life. Officer Donald, meanwhile, went back to work without a scratch. In a clear display of its racist structure, the state chose not to charge Officer Donald with anything, and instead charged the brothers with assault with a deadly weapon, alleging that they attacked him with their skateboards. 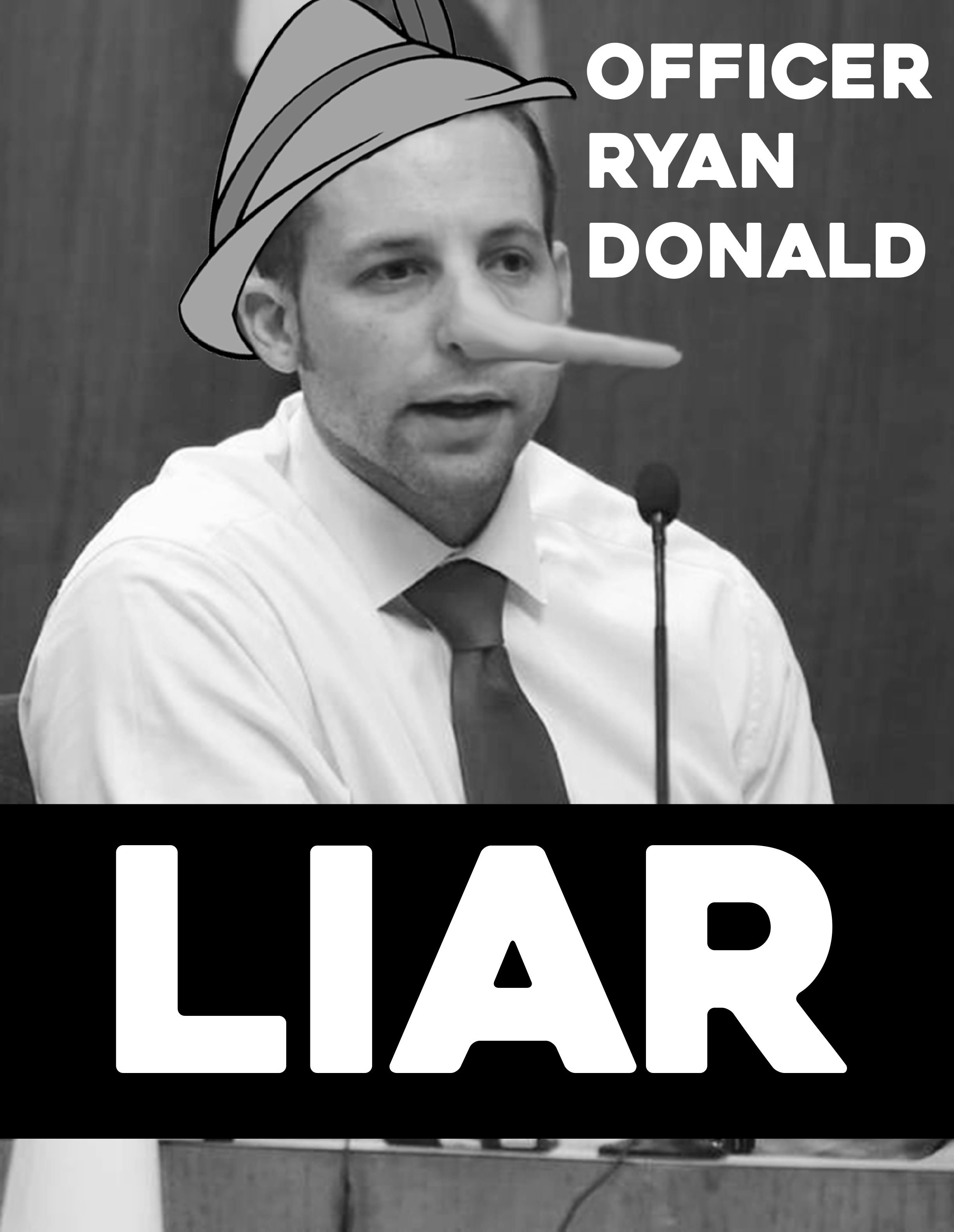 As we know, the state often charges people with assault when they have been the victims of police brutality, in an attempt to justify that brutality. Olympia rose up in response to this state violence with intense protests and acts of resistance.

As Andre and Bryson awaited trial, they experienced continued police harassment around town and near their home. The trial finally started two years after their arrests, and was eight weeks long. This excessively long trial prevented Andre from working and making much-needed money for his family, and disrupted Bryson’s recovery process. 46 witnesses testified, almost all for the state; only one of them, Ryan Donald, was actually present for the altercation. Officer Donald blatantly contradicted himself on the stand multiple times. He also has a history of using excessive force and putting himself in situations that require force. Since the shooting, he has been involved in multiple incidents of police brutality, including a mysterious death at the transit center in downtown Olympia. The jury returned a mistrial on the charge of assault with a deadly weapon, but found them both guilty of felony assault 3. Bryson got an extra assault charge and a shoplifting charge. This verdict indicates the jury’s lack of confidence in the state’s narrative, but lack of courage in standing up against state violence.

On Monday, July 31st, the two brothers were sentenced and immediately taken into custody. and Bryson for 10 ½ months. Both they and their family need a lot of support:

– Bryson would appreciate letters, printed articles with no staples, photos, and funds for phone calls and commissary.  You can also order books (no hard cover) to be delivered to them through a publisher or a bookstore. More detailed mail guidelines for Bryson here   You can put money on their books directly,  or through the Thurston County ARC website for Bryson.

Their family is trying to raise funds so they can move into a house that will be wheelchair accessible. They need to come up with $3000 by September 1st to make this happen. You can donate to the Olympia SURJ fundraiser or you can donate directly to their family by downloading the square cash app and donating to “purplered2sons”

Supporting Andre, Bryson and their family during this crucial time is an important act of solidarity with the survivors of police violence. This is also an opportunity to demonstrate your antagonism towards white supremacy with care and material support.

Fuck the police. Fuck the state. Fuck white supremacy and colonialism. We love you Andre and Bryson!

For shipping Books: UPS or Fed-Ex only