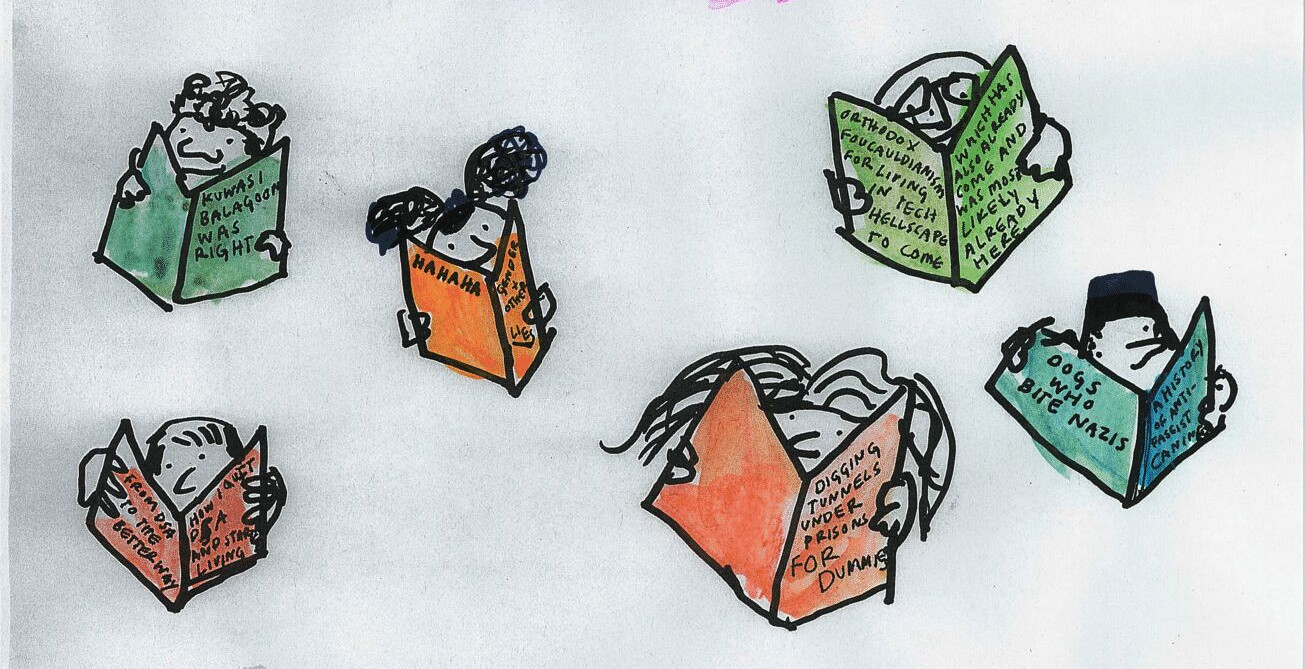 Announcing the 2019 Seattle Anarchist Bookfair, happening on the 20th anniversary of the protests and riots which shut down the World Trade Organization (WTO) in 1999.

The Seattle Anarchist Book Fair is an annual event, now in its eleventh year, that features anarchist publishers, authors, and projects from around the Pacific Northwest and across North America. The book fair includes talks and workshops about anarchist ideas and current struggles against the State and capitalism.

This November 30th marks 20 years since the 1999 N30 demonstrations against the World Trade Organization (WTO) in Seattle. In honor of this, the book fair will host a panel of speakers, several workshops, and an archival exhibit to highlight and learn from 1999.

The second day of the book fair (Sunday, 12/1) will feature a no-commerce social block in the afternoon from 12-1:30 PM, during which book fair organizers will provide a full vegan meal.

The entire event is free, all-ages, and open to the public. From anti-ICE struggles to autonomous disaster relief efforts to anti-fascist organizing, anarchists have been in recent news as political tensions and conflicts have grown and spread.

However, anarchism is more than just what is portrayed in the media and has a long and storied past in the Pacific Northwest. The Seattle Anarchist Book Fair is an opportunity for anyone who has ever wondered about anarchists/anarchism to learn more about anti-authoritarian struggles, pick up some new books, and engage in exciting discussions about radical politics.