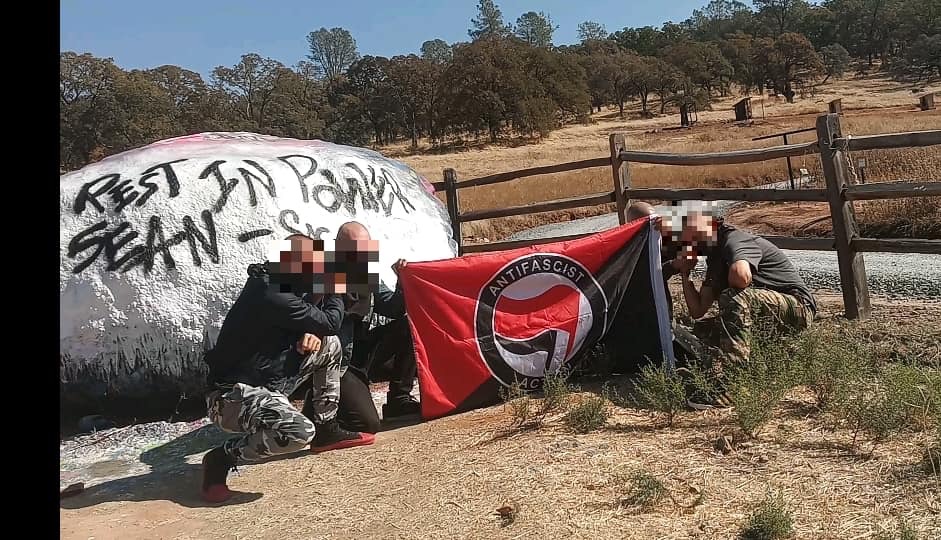 Early Saturday, a prominent PDX activist by the name Sean Kealiher (23) was murdered in a hit-and-run incident a block from the popular bar, Cider Riot. Sean’s community has indicated that it wasn’t related to fascist activity.

The following evening on Sunday night, the local community held a vigil for Sean Kealiher at the Democratic Headquarters using candles and roadflares to ignite his name #lightuptheskyforsean .

On Monday Oct 14th, a Sacramento anti-fascist group “Rivercity Boot Bullies” painted a mural in his honor off of a popular California freeway. “Rest In Power Sean – Sac”. It’s important to note that what effects one of our communities affects all of our communities, and that the power of solidarity is stronger than the chains that bind us.

Sean’s community notes that he was a consistent activist and powerful speaker. He had been involved in activism since the age of 13 and has spent the last decade giving his absolute best to his community. Sacramento honors his death and the light that his life did bring.

Fuck Columbus
The same group mentioned prior had an additional message to bring today. There is no honor in celebrating a genocidal conqueror who enslaved, r*ped and colonized in today’s society. This day puts a constant shadow on the oppression that has faced our indigenous community for hundreds of years. No amount of poetry could circumference the message they sent except, “Fuck Columbus.”