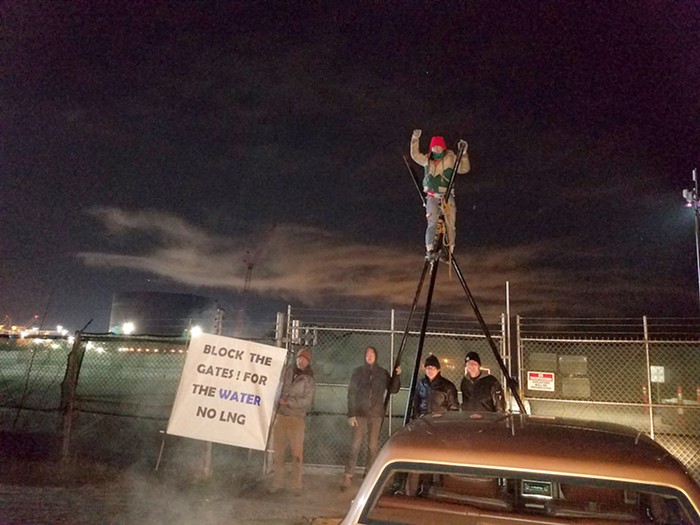 As reported by The Stranger and Native Daily Network there was another lockdown at the LNG facility in Tacoma, situated on the ancestral lands of the Puyallup tribe. Native Daily Network posted multiple live-feeds of the lockdown, while The Stranger reported “At around 6:30 this morning, three protesters locked themselves down to tripods blocking the gates of the site. Workers eventually found their way in to work, though, and when reached by phone, the protesters were in the process of taking the tripods down.”

For some contextual recent history of resistance to this LNG storage facility, check out an interview with Climate First Responders that aired on The Final Straw.

And make sure to check out the event page for the call to Block the Gates next Monday!