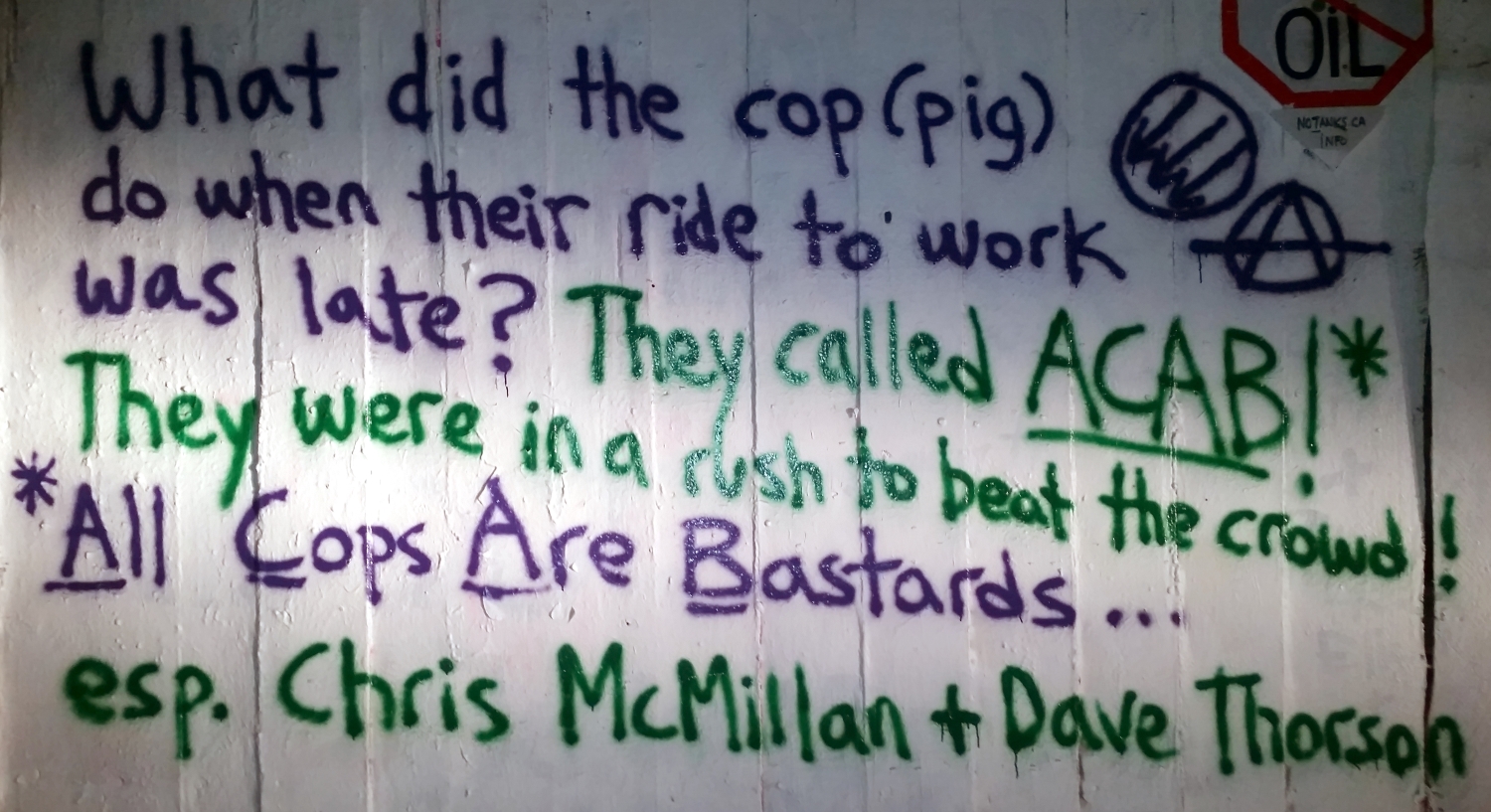 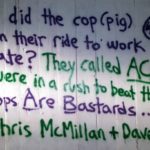 May 2019, Sla-Dai-Aich (aka Inner Island, aka Denman Island), unceded Pentlatch & K’omoks Territory — In response to a disgusting pro-cop write-up in the May 9th edition of the Islands Grapevine newspaper (“Policing on Denman” by Anthony Gregson), which named the two pigs sent to occasionally patrol Denman & Hornby Islands this summer, we placed this informative and humorous anti-cop graffiti in a highly visible location. We included the names of the RCMP scum in question (Chris McMillan & Dave Thorson). Denman Island has no permanent police presence, thus many people here enjoy a degree of relative freedom from state incursion into their lives. The Grapevine article is an attempt to normalize police invasions of this territory — characterizing them as benevolent if not harmless — to neutralize the widespread anti-police sentiment, and outright anti-police hostility/conflict that exists here. This graffiti is a reminder to all that Sla-Dai-Aich will never be “friendly territory” for our enemies, the pigs. Cops = Pigs = Murderers. Always have been, always will be. Until all are free… All Cops Are Bastards – Fuck The Police! ACAB FTP! -some anarchists & antifas