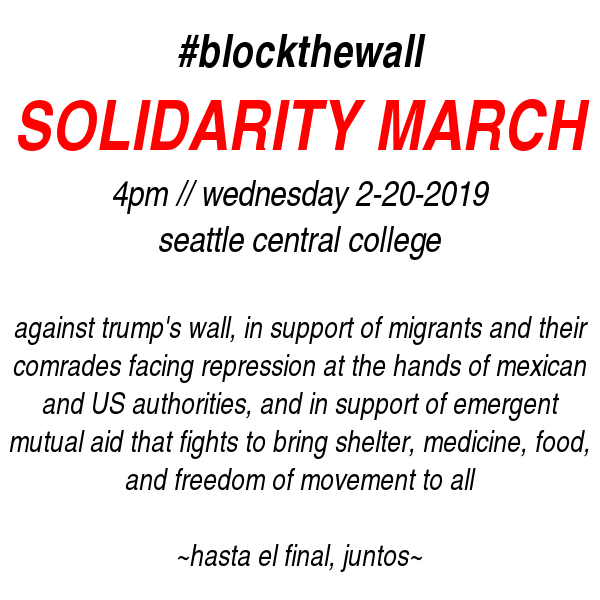 Caravanxs and comrades have called for days of action, February 20th and 19th, against trump’s wall, in solidarity for those fighting for freedom of movement, and in solidarity with those facing repression and abject conditions as a result of the actions of the US and Mexican Government.

We’ve decided to call for a Solidarity March at 4pm on Wednesday, the 20th of February at Seattle Central College to show that those suffering due to borders, austerity, and state repression are not alone. We also hope to make this a space of encounter where we can find each other and take action to join with networks already doing things together to share aid and disrupt the apparatuses of brutality.

For social revolution and solidarity across borders!

A video version of the international call-out: