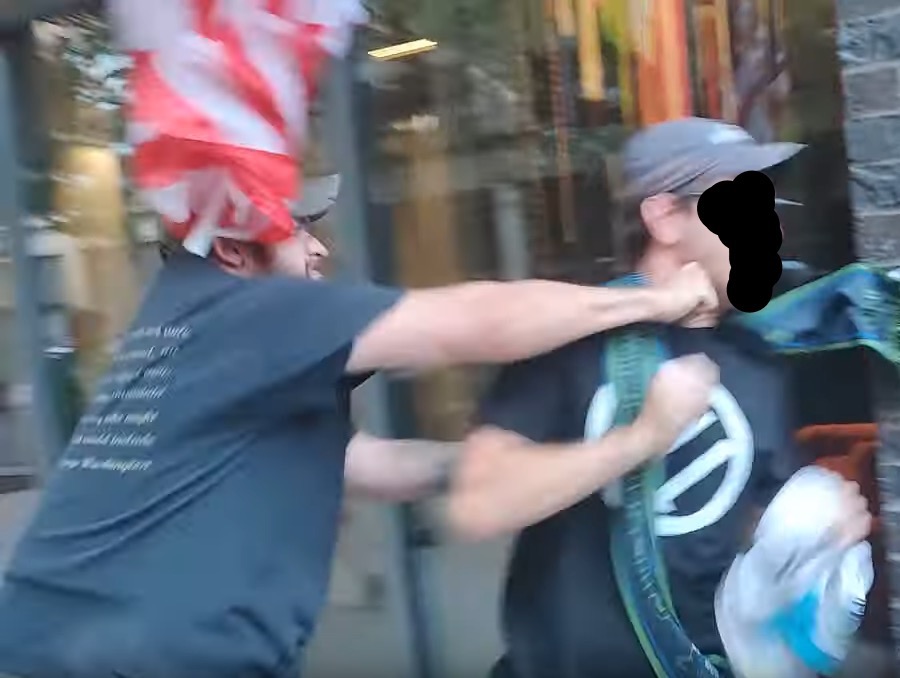 This article is designed to inform readers about the alarming escalation of violence, harassment, and radicalization by two violent members of the local Proud Boys. Tanner Jarl Peterson and Bryan Joshua “Josh” Hanks were first noticed at patriot rallies in Seattle in June of 2019. Since then, they have been involved in escalating incidents of violence, racism, harassment, and assault. Tanner’s proclivity to carry and use weapons, namely firearms, is of great concern. Josh’s particularly heinous violent past, along with his current virulent racism is of equal concern. Their association with the notoriously bigoted and dangerously unpredictable Proud Boys along with their willingness to protest LGBT events, sporting events, and events loosely associated with the political left makes them people to keep a very close watch on. 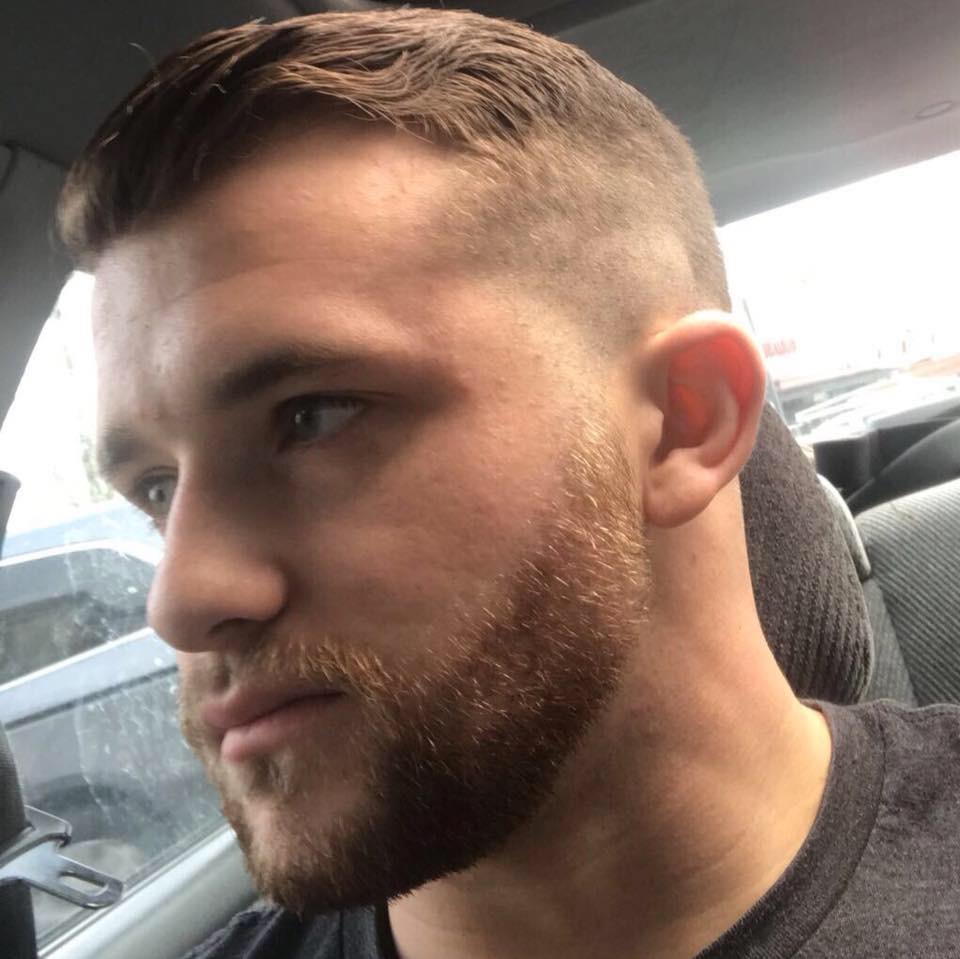 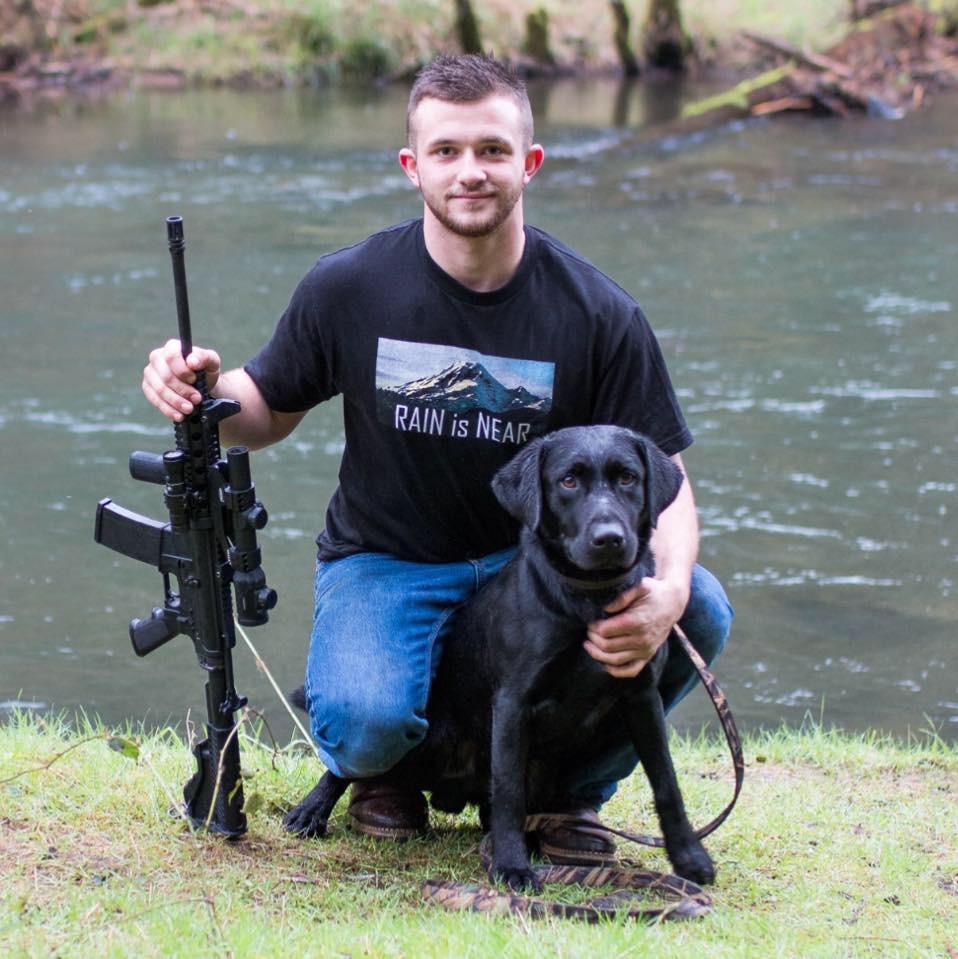 Tanner Jarl Peterson claimed to have been involved with “patriot groups” prior to June 2019 but we first take notice of him on June 7, 2019. Tanner was seen at a small “patriot” march in Westlake Park, Seattle. During this event, Tanner was seen wearing a tactical vest while associating with a group of Proud Boys and “patriots.” 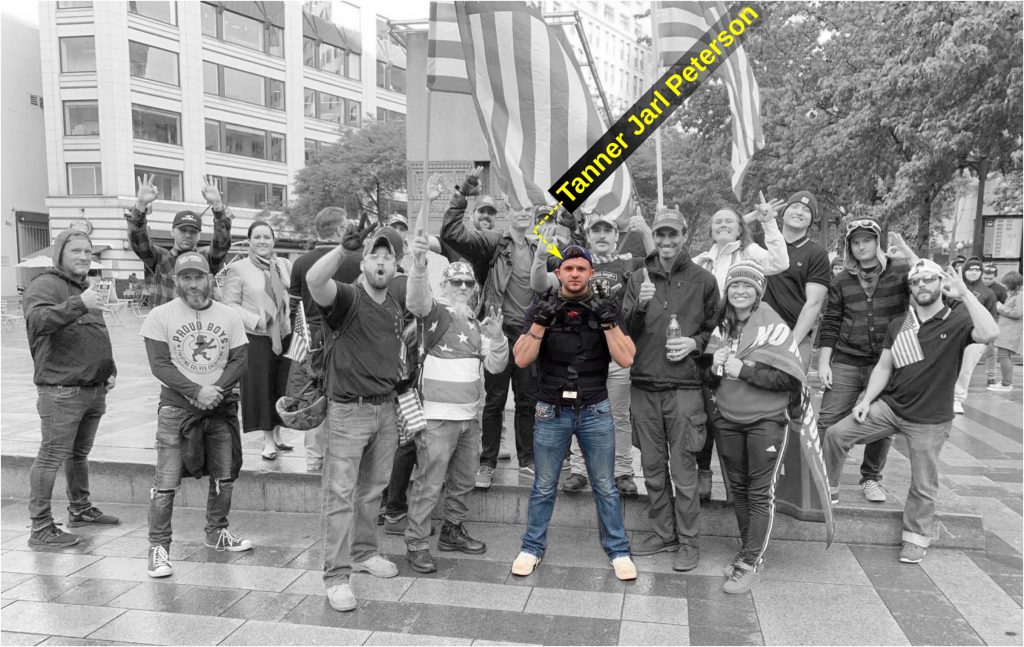 On June 9, 2019, Zachary Thomas Staggs, Tanner Jarl Peterson, and Bryan Joshua “Josh” Hanks filmed themselves tearing down antifa stickers and threatening to take over Seattle. “We’re taking over your fucking city,” Zac boasts while Tanner delivers the Proud Boy taunt “proud of your boy.” As Bryan Joshua Hanks filmed from another angle, Tanner demonstrated his sincerity by comically chugging his beer, which contained a torn up antifa sticker.

On June 10, 2019, Tanner and Proud Boy Zachary Thomas Staggs made a homophobic, transphobic, and racist video attempting to satirize antifascists and trans people and uploaded it to Youtube. Their faces are hidden but Tanner’s distinctive arm tattoos give him away. 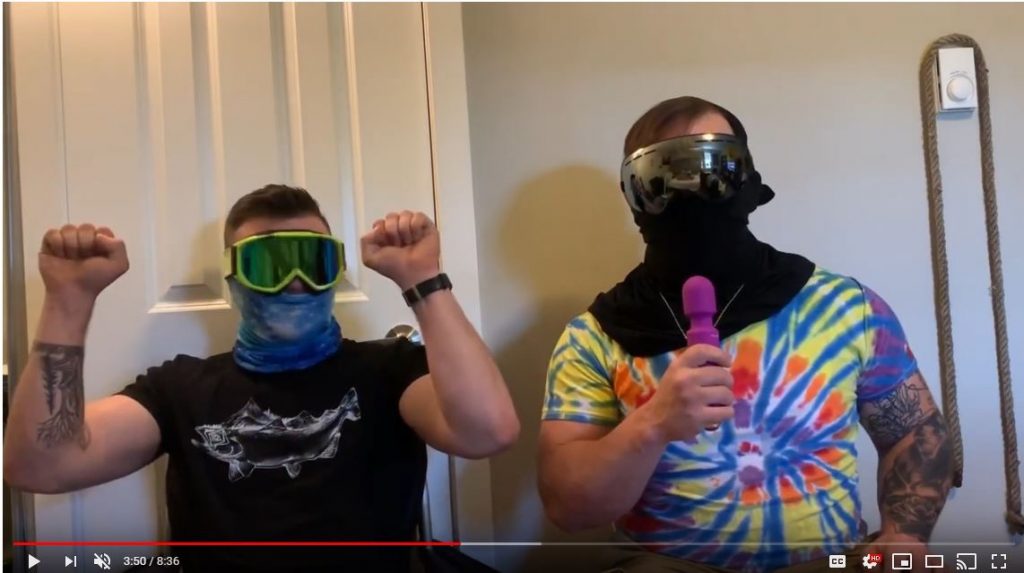 In July, Tanner ramped up his intimidation and aggression. On July 14th, patriots and Proud Boys marched through downtown Seattle. At the 1:20:20 mark of this livestream, Tanner can be seen carrying a handgun and wearing body armor. 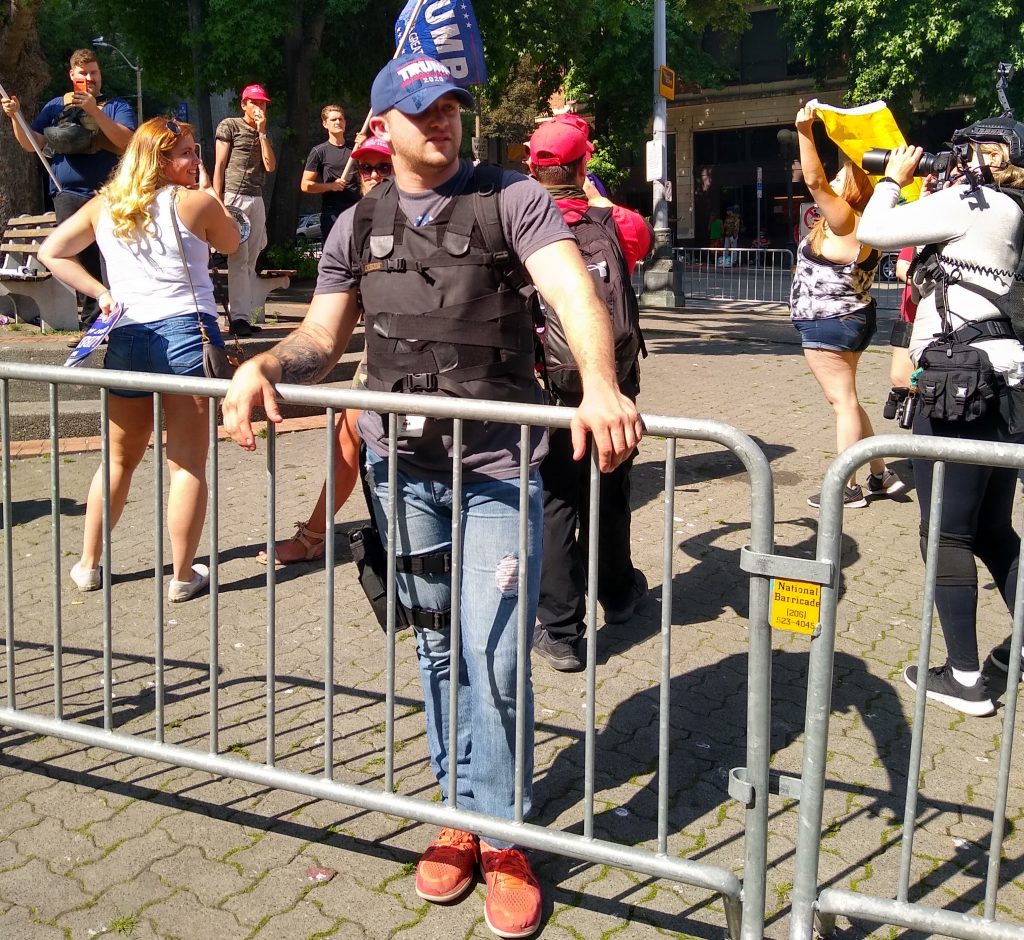 On July 20th, 2019, assorted right-wingers, Seattle Proud Boys, and 3% of Washington held a rally in support of ICE and against anarchist Willem Van Spronsen who had just lost his life at the hands of the police at the Northwest Detention Center in Tacoma. In photos, Tanner can be seen with his face covered and carrying a handgun. Tanner and his fellow Proud Boys taunted immigrants rights activists and gave derogatory speeches about Van Spronsen, calling him an “antifa terrorist.” 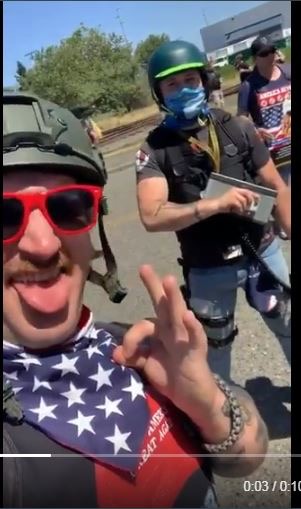 Tanner has progressively become more violent at events and online. The Seattle Proud Boys attended “The Battle of Portland Part Two” event in Portland, Oregon where Andy Ngo was allegedly milkshaked and removed from the event by activists. After this event, the Seattle Proud Boys have made an overt attempt to escalate violence and attacks on antifascists. Tanner was perhaps the most affected locally. He subsequently made death threats to several local journalists resulting in him being banned from Twitter in July 2019. 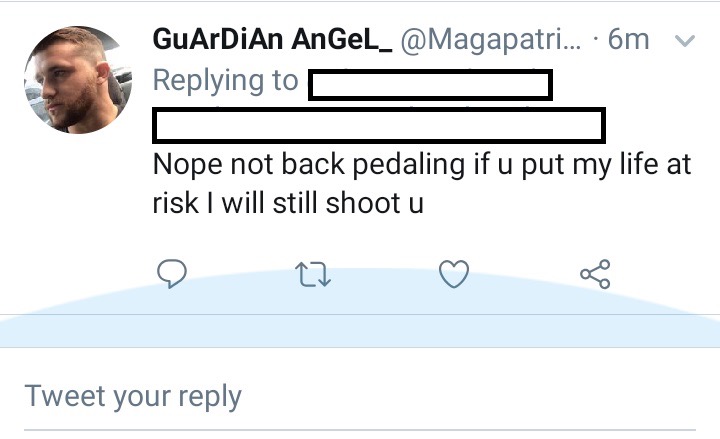 *As will be demonstrated by the August 11th event, Tanner is poorly trained in determining what constitutes a threat.* 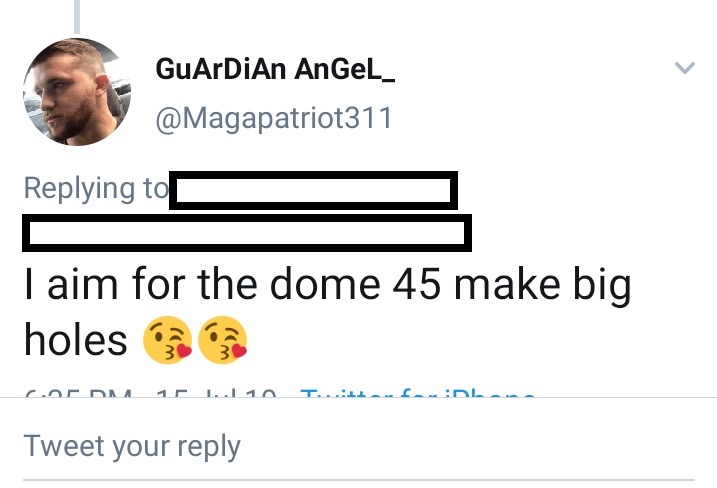 At an event in Tacoma on August 11th, 2019, Tanner attempted to strike a protester with Tacoma Against Nazis for touching his hat and was restrained by local antifascists. In audio captured of the incident, Tanner can be heard admitting he assaulted the protester for touching his hat. He escalated from aggressive posturing to grabbing for his weapon because he claimed he felt threatened. Even after he was no longer near any protesters and hiding behind his associates, Tanner kept his hand on his weapon and ignored warning from activists and other Proud Boys to de-escalate. Video of this incident is here. 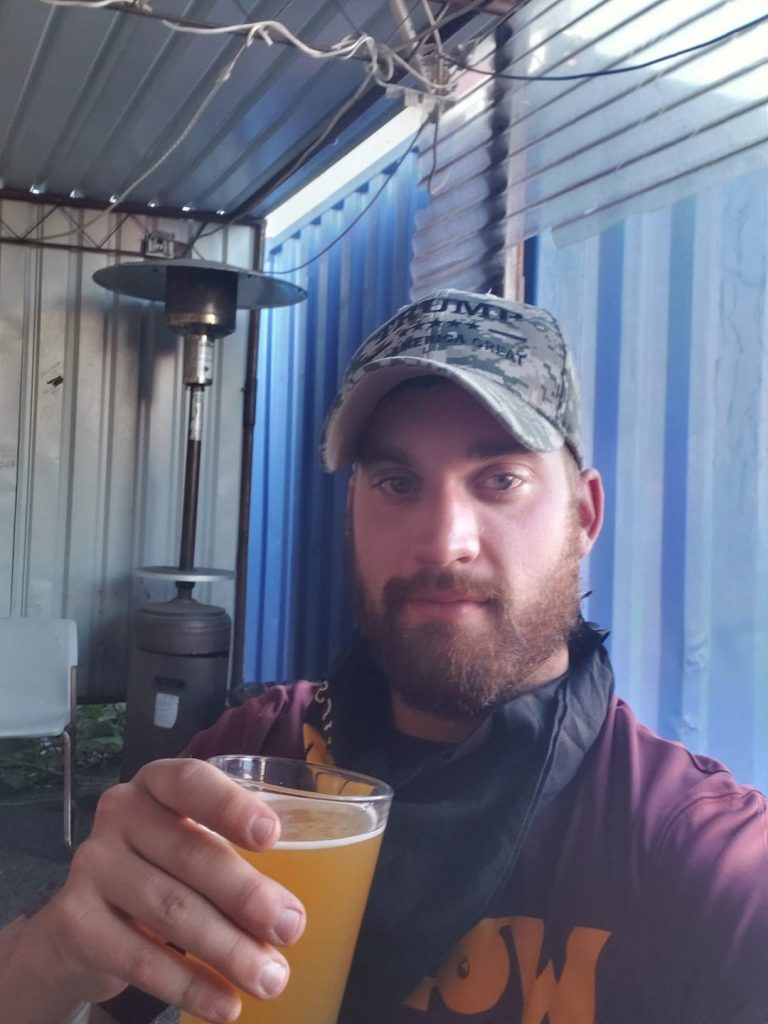 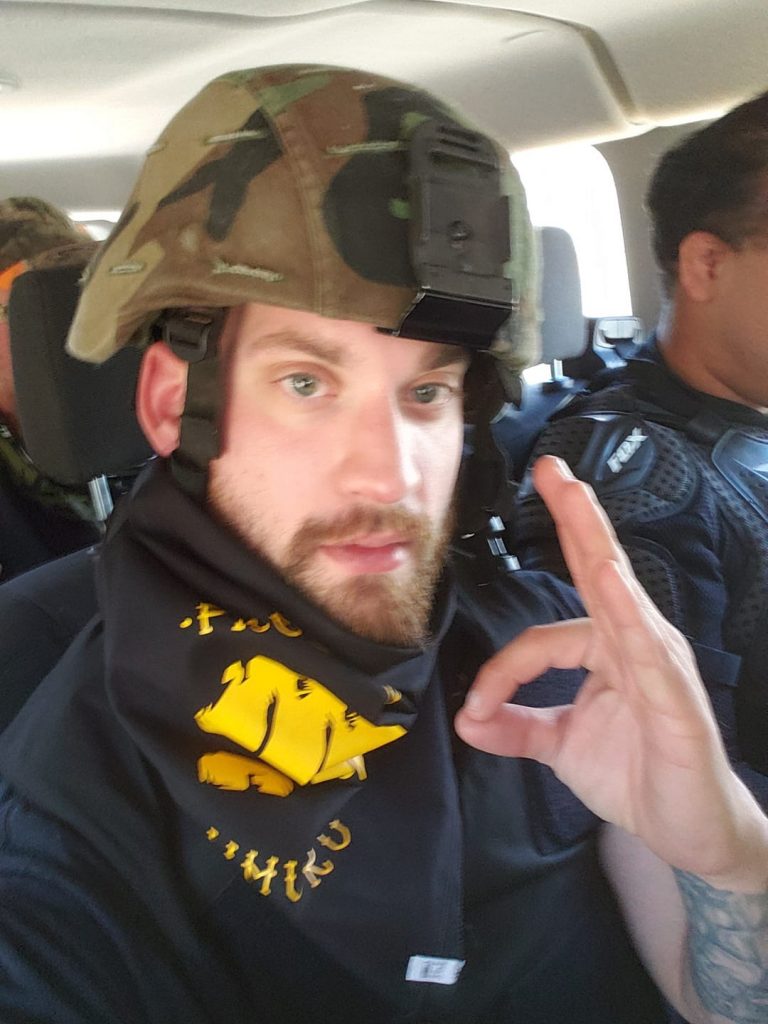 Like Tanner, Bryan Joshua “Josh” Hanks was first noticed at Seattle Proud Boy rallies in early June of 2019. However, we know that Josh’s first rally was in Austin, Texas at the “Free Alex Jones Rally” hosted by Joey Gibson and Patriot Prayer. Until he was seen in Seattle in June 2019, Josh doesn’t appear to have been active politically outside of Facebook. During this time, he developed an attraction to far-right conspiracy theories such as QAnon and the Illuminati myth. 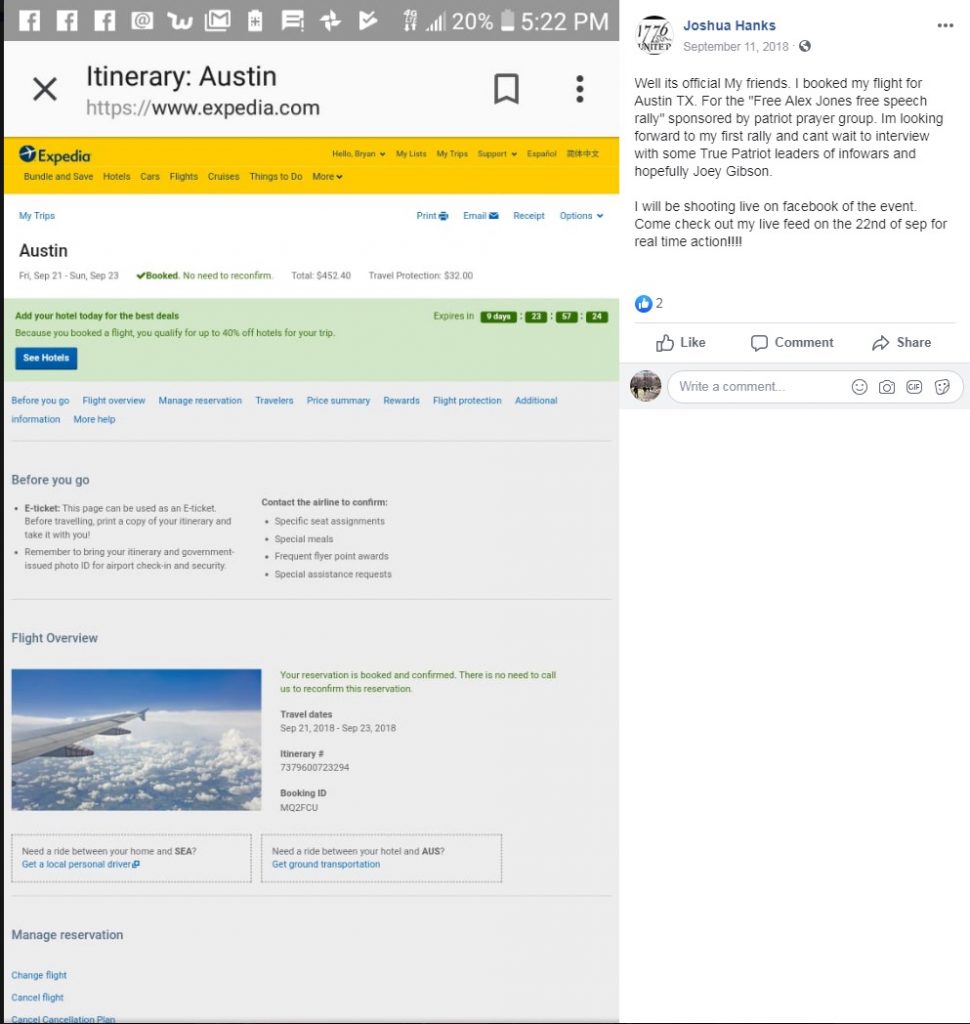 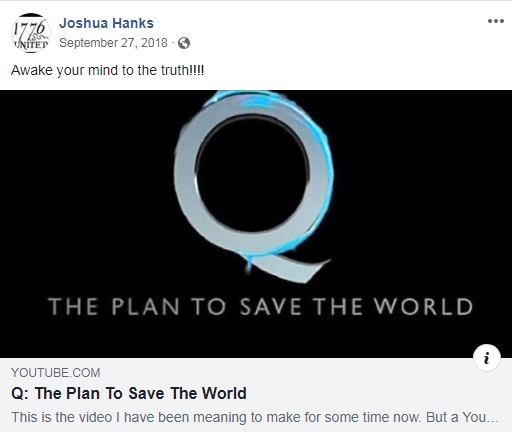 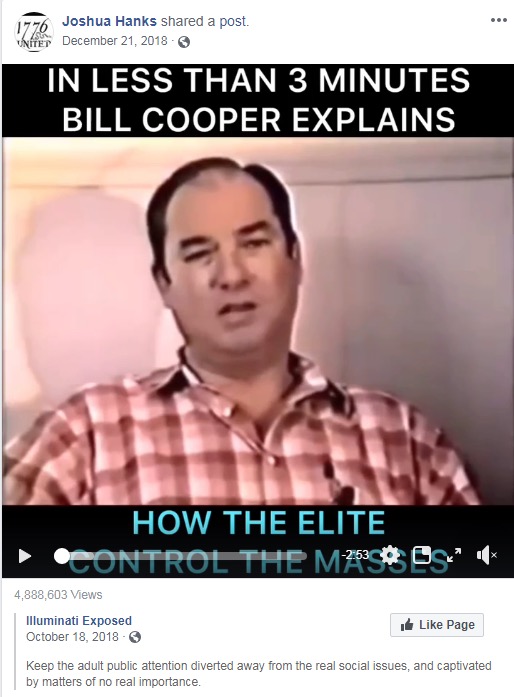 Josh was seen wearing a Three Percenters shirt at the Westlake rally with Tanner on June 7th, 2019. Three Percenters is a historically inaccurate name for a militia group that has been repeatedly linked to hate and terrorism. 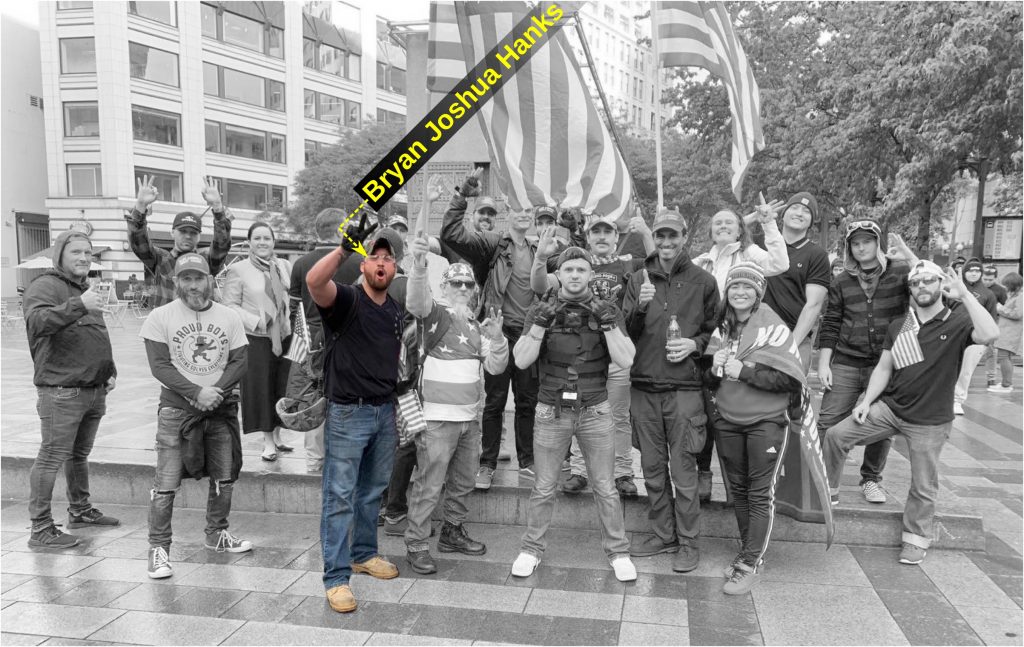 At one of the many Drag Queen Story Hours at a Seattle area library, Josh was overheard making sexual threats to attendees. The Proud Boys screamed, jeered, and menaced children at this event. After the event, the local community felt it necessary to warn citizens about this incident and created this advertisement which was distributed in community organizing groups. 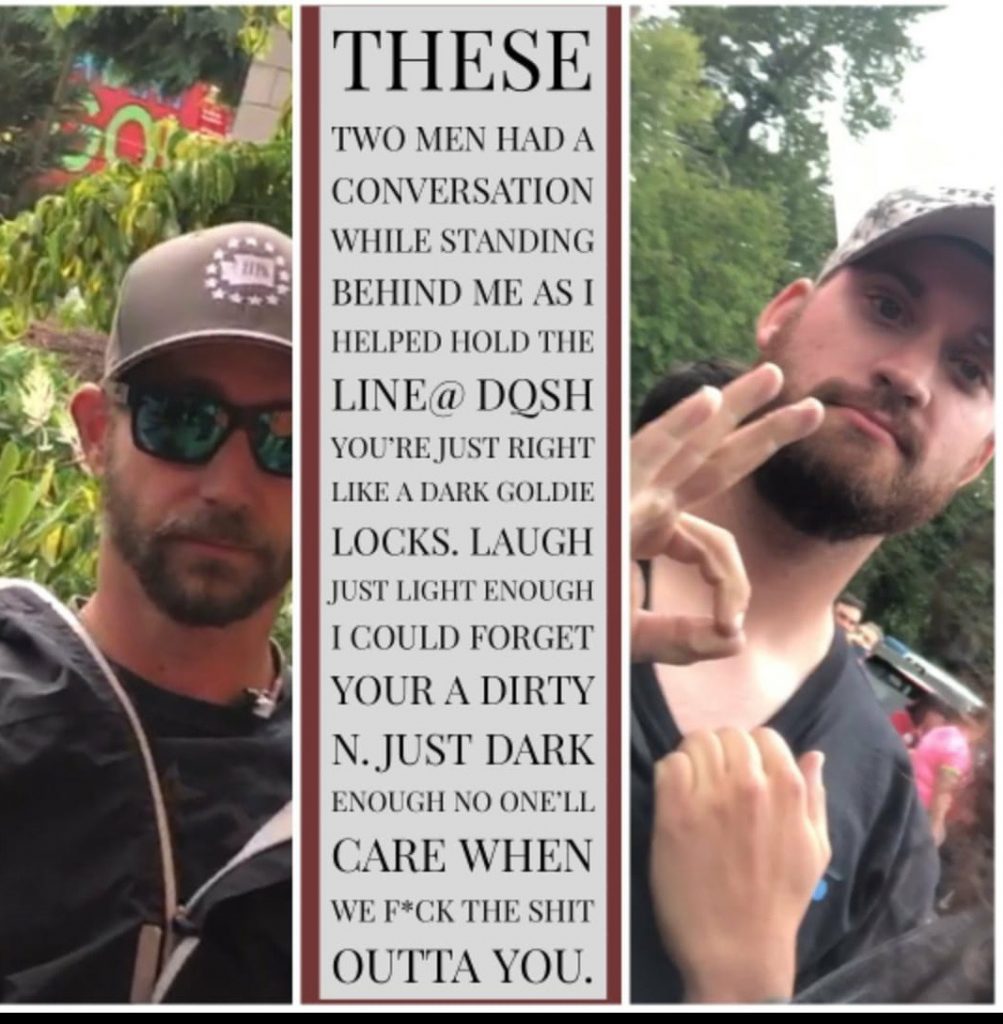 On August 4th, 2019, Josh, Zachary Thomas Staggs, and various ambiguous patriots menaced soccer fans during the “March to the Match” and at a local soccer bar. The bar interaction was caught by local fan and lawyer/soccer blogger Mikki Turner and can be seen here. Shortly before the game, they menaced and physically attacked a fan for wearing an Iron Front shirt. They filmed the attack and posted it to YouTube with commentary boasting of the 2 on 1 attack. Seattle police detained Josh but he was let go without charges. They later boasted that they will return to future Sounders games and commit more assaults. This incident was covered at length by The Seattle Times and Sounder At Heart.

Most recently, on August 17th, 2019, at the [“End Antifa” Proud Boys event in Portland, Oregon, video shows “Josh” waiting with neo-nazi American Guard members to greet the Proud Boys who had just marched across the Hawthorne Bridge. Josh is also seen greeting Proud Boys national leader Enrique Tarrio and shaking the hand of Proud Boy leader and event organizer Joe Biggs. These are nationally renowned names attached to violent rhetoric and incidents. The associations should not be taken lightly. 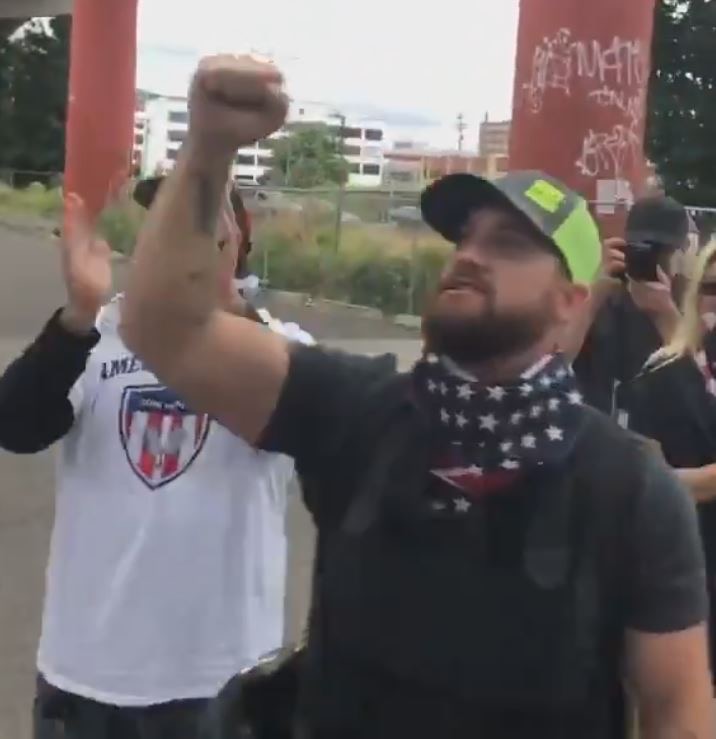 Local antifascists have opposed and monitored Josh since June, but the incidents of August 4th combined with the murderous rage we saw in Josh’s eyes motivated us to do a bit more research.

Public records show that Tanner and Josh had recently become roommates in Lakewood, WA. We also discovered that Josh is currently involved in a custody battle with the mother of one of his children. Within these records, we discovered what has happened when Josh’s barely hidden rage is exposed.

On October 7th, 2011, Josh became very angry at his 22-month old child and intentionally scalded his child’s hands with boiling water – causing permanent disfigurement. Josh was court-martialed, received a dishonorable discharge from the Army, and served 22 months in prison.

Within the current custody court records , Josh admits to the past child abuse but claims that he has “sustained very substantial rehabilitation.” The mother however alleges ongoing abuse and that Josh has continuously minimized his abusive past.

What should be obvious to all is that both Tanner Jarl Peterson and Bryan Joshua Hanks are a danger to the community. Tanner’s gradual shift from pathetic patriot larper to frightened, mask wearing, gun wielder should be cause for alarm. One can’t help but wonder if moving in with a violent excuse of a human such as Josh has anything to do with it. Bryan Joshua Hanks, on the other hand, obviously seethes with rage – as anyone who has seen him at a rally can attest. He’s argued to the court that, despite allegations of domestic violence, he is a reformed man. However, we have seen him assault sports fans, physically threaten members of the community, and openly associate with neo-Nazi groups. Does this sound like the kind of reformed citizen you’d want as a neighbor? 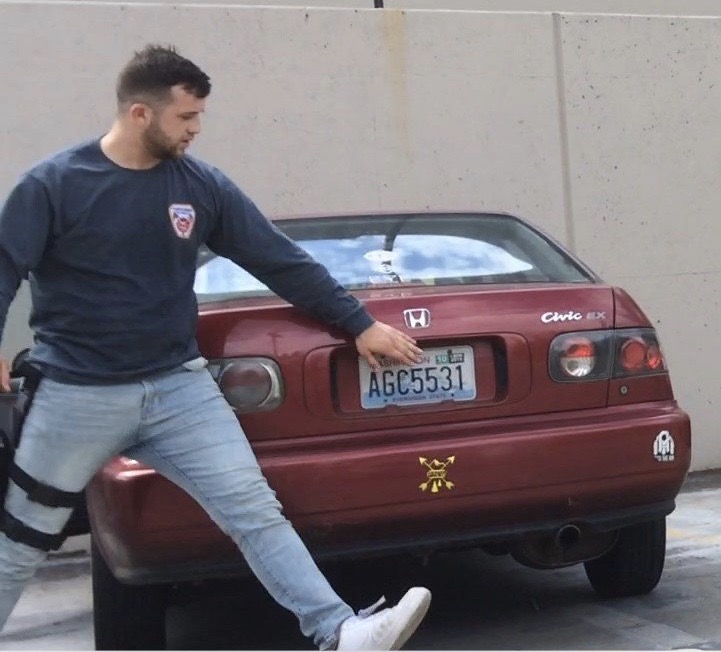 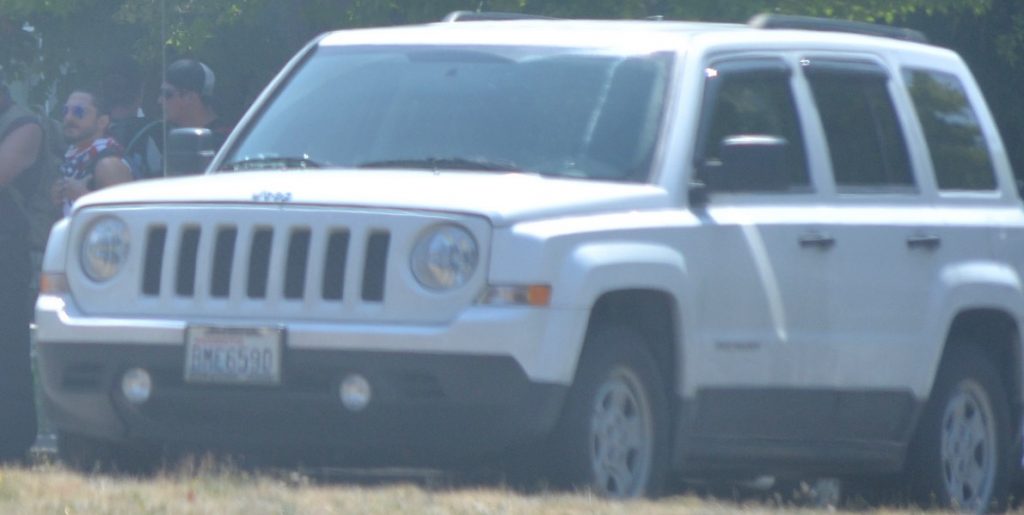