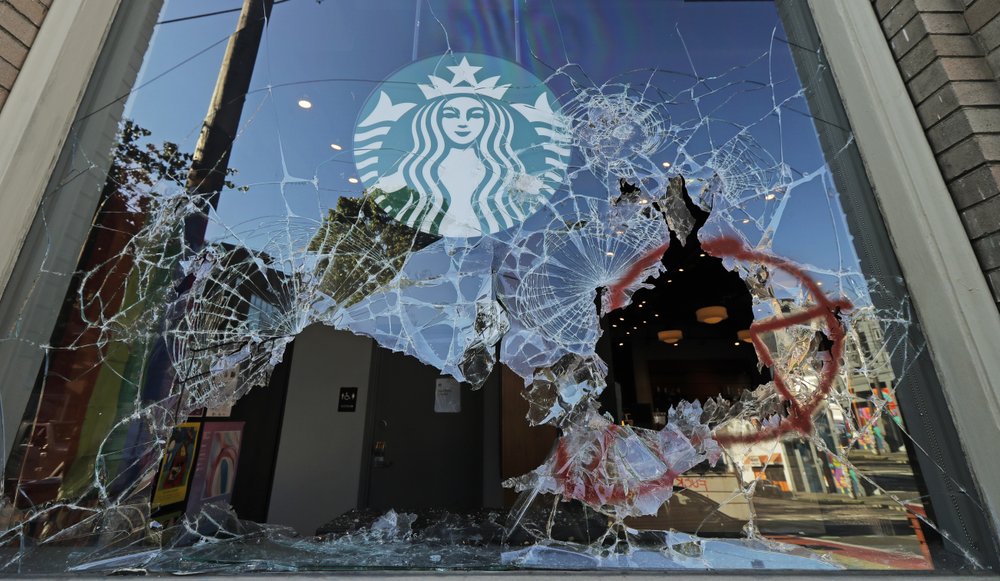 The rebellion kicked off by the murder of George Floyd has rocked the so-called United States for over 160 days. On stolen Duwamish territory (“Seattle”), we have witnessed daily actions tying up and attacking the infrastructure which maintains the white-supremacist American police state. Regular actions like the Every Night Direct Demonstration (ENDD) and Every Day March (EDM), as well as periodic larger pushes against targets like the police union clubhouse, are met with repression by the Seattle Police Department. During these SPD frequently abandons their supposed duty to enforce “Law and Order” in the rest of the city by shifting to “Priority Only” calls. The majority of on-duty officers are placed on protest response duties. The high visibility of these ongoing actions opens up considerable space for decentralized militant actions to occur away from the public callouts.

Seattle anarchist and autonomous rebels were developing these practices well before the rebellion began. As many new people have entered the struggle in recent months, though, we would like to offer a short history and call for action.

May Day, also known as International Workers Day, has historic importance for oppressed peoples worldwide as a day of struggle against capitalism and empire. In 2018 and 2020 calls for decentralized May Day actions circulated around Seattle and spread to a number of other cities. Due to a history of militant May Day marches, Seattle PD frequently mobilized all of their forces and allied state, county, and city police to respond to anticipated actions downtown. Decentralized actions, both public and not, enabled militants to evade the heavy hand of repression while accomplishing multiple goals (see reportbacks from 2018 and 2020).

Another common practice emerged during antifascist mobilizations in 2017-2019. While the bulk of fascist and police forces were concentrated at the location of a reactionary rally or march, autonomous militants often found space in their own crews and networks to operate in the surrounding areas. Fascists were caught off-guard, away from protection, or their vehicles were hit while they rallied. Alongside things like doxxing, postering fascists’ neighborhoods, and community education, these tactics contributed to the difficulty fascists have had in building any meaningful platform in this city.

In the early stages of the George Floyd Rebellion, actions frequently took place simultaneously in multiple neighborhoods outside the downtown core. This severely stretched SPD’s capacity to respond to any one action, in many ways opening up the space for the emergence of the Capitol Hill Autonomous Zone in the first place.

Dispersed, public solidarity actions when major public mobilizations are expected can contribute to each others’ success. If many hundreds or thousands are expected at a high-profile event in the downtown core, a simultaneous callout in, say, North or West Seattle prevents police from concentrating resources. It also facilitates participation by local people who may have difficulty traveling longer distances. Small, unannounced actions can also take place for additional impact.

Decentralized action does not need to be big. A handful of individuals or crews can, without any public announcement, attack important targets with little chance of getting caught when they do so unannounced. A few people can pull off a tagging run, take out windows on banks or corporate stores, or carry out more destructive actions. Doing so during an ongoing event like an ENDD march mitigates SPD’s ability to respond. It could also force SPD to divert resources away from public callouts. A larger network of crews might pull off actions like quick hits on outlying police precincts or jails, flash-mob expropriations from stores, or similar hard targets.

Be sure to take basic precautions; conceal your identity, leave phones at home, and preferably make plans face-to-face without devices. Utilize personal connections and wider networks that can be mobilized without public social media calls.

Also keep in mind that beyond direct actions, building infrastructure like networks of care and mutual aid are just as important to winning this struggle over the long-term. Flashy confrontations with the cops or targeted attacks on the institutions maintaining this system are not the only avenue for tearing down settler-colonial capitalism and white supremacy, nor are they always accessible to everyone. Support each other in and out of the streets.

We encourage you to amplify this call and circulate it to your networks. If you’re reading this from another city or town, consider how these tactics might apply there.