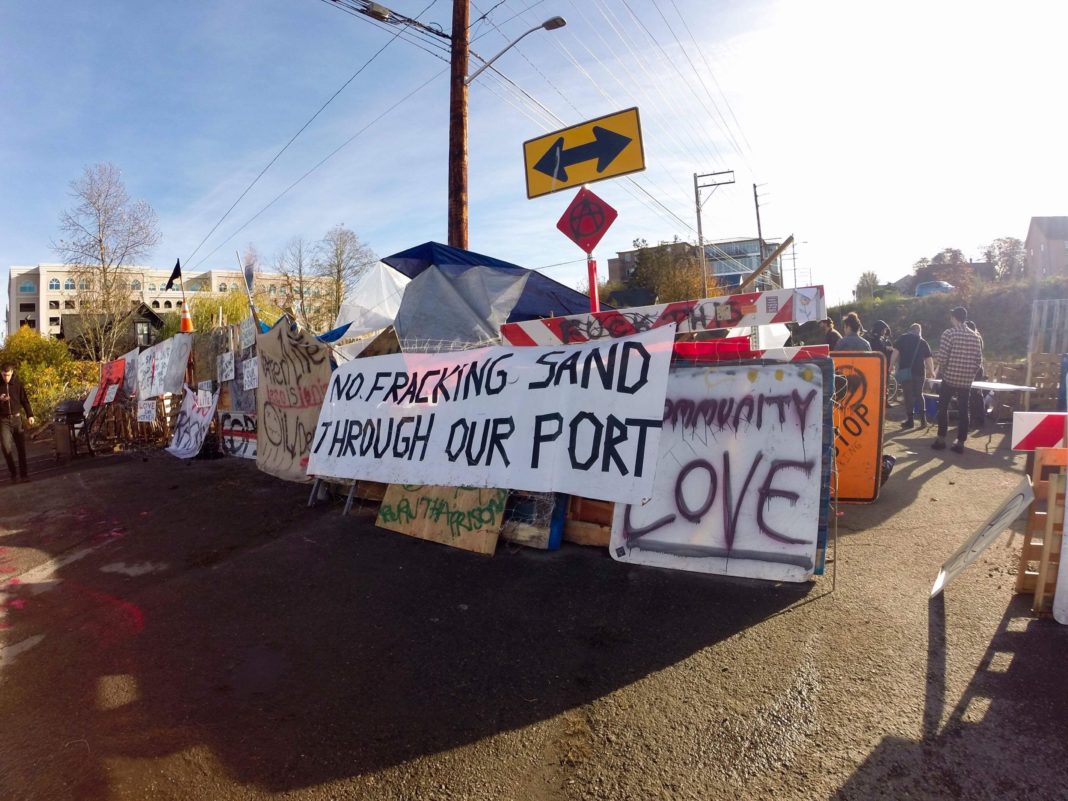 Repost from Its Going Down

Olympia Stand, a climate justice coalition, has constructed a blockade of an oil fracking train departing from the Port. As we write, the blockade has entered its fifth day and on the 1-year anniversary of another anti-fracking blockade which lasted one week.

During last year’s blockade – inspired by the Water Protectors at Standing Rock – hundreds of people collaborated to construct a makeshift camp on the train tracks. They were evicted on the 7th day through a joint and overwhelming force of Washington State Patrol, Olympia Police Department, Thurston County Sherrif’s Department and Union Pacific Police Department. During the eviction, 12 demonstrators were arrested and others were struck with less-lethal weapons.

OUTSIDE OF DIRECT FINANCIAL SUPPORT, Olympia Stand is also calling for volunteer support to join the fight against fossil fuels. Ways to support include:

• Physically joining the blockade camp which is at the intersection of 7th and Jefferson St.

ABOUT THE FUNDS Money collected will be distributed by Olympia Stand; most likely used for building/rebuilding their encampment, purchasing food items, and supporting their on-going efforts at the site or at future projects, if forced to move.

ABOUT THE FUNDRAISERS Demand Utopia, a communalist study group and collective in Portland, Ore., is coordinating financial and material support for Olympia Stand and their direct action against fracking. 100% of funds collected will be given to on-site coordinators as well as material donations – direct message our facebook or email us at [email protected] to find the drop-off point. The fundraising goal is arbitrary and will be raised if support is overwhelming – Olympia Stand’s organizers will undertake distribution of funds and will hold decision-making authority over any surplus.