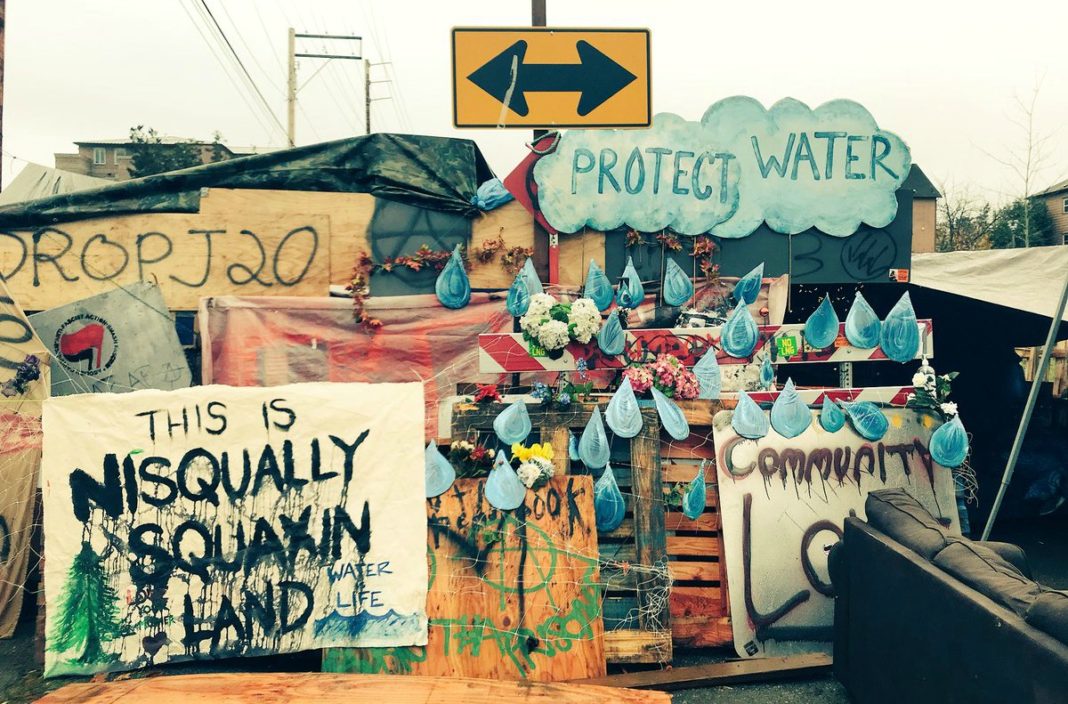 Repost from It’s Going Down

In this episode, we discuss the ongoing Olympia blockade against fracking proppants with several locals who have watched the blockade, also known as Olympia Stand, grow. Our guests discuss how the current encampment, which has now lasted for over a week, has grown every day of its existence. Our conversation raises the question about why the encampment this time around is larger and more determined, as well as the threat of climate change creating a wider sea of public support.

David Rovics live at the barricades of #OlyStand! What a performance by our Evergreen alumni traveling troubadour extraordinaire!

Beyond these overarching questions, we also discuss how the local press has lied about there being fracking proppants at the port, as well as how people at the encampment are using the space to engage each other and the surrounding community. One point of contention that is brought up is the issue of demands, and how they impact the wider struggle that they come out of. We also touch on how various groups of people within a set struggle can come to terms with each other and work on a common project, even if they do not agree on everything.

Wanted to take a moment to recognize that the blockade is on Nisqually and Squaxin land. #olystand #Olympiablockade #TrainBlockade pic.twitter.com/gLm8TbtdJp

Overall, the encampment is discussed as an extremely positive development, both in terms of wide public support and as an opportunity to move forward, as the threat of climate change becomes ever more dire. We close by looking back on 2017 and where it seems that things are headed in terms of the anarchist movement, as well as the lessons that the Olympia blockade offers other autonomous struggles.