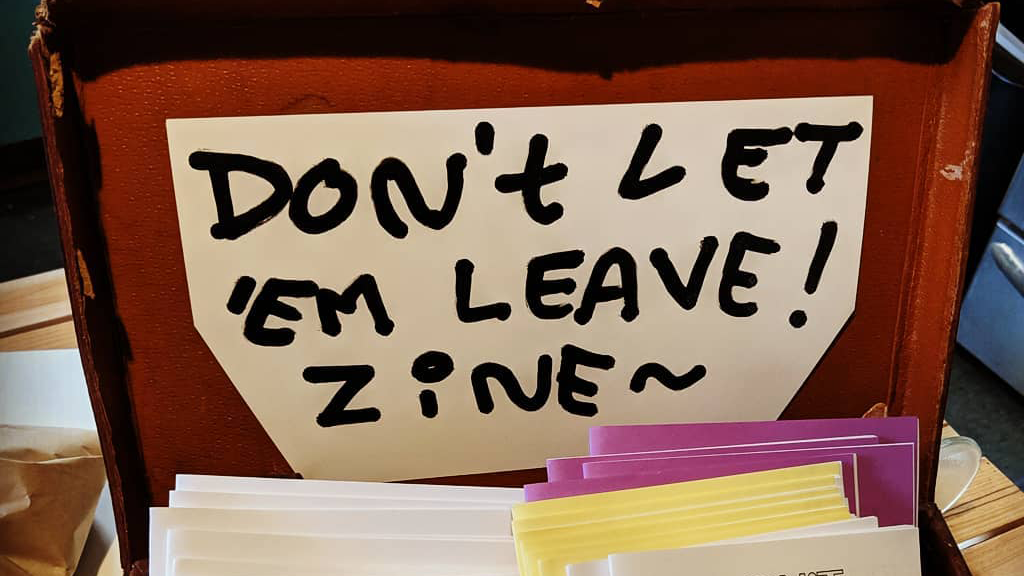 This July Pipsqueak hosted the first Salish-Sea-Anti-Space-Symposium. It was a fun and intellectually engaging event which featured speakers, a block party, and among other things the launch of the zine Don’t Let Them Leave. This zine is a product of 4 years of percolating critiques of space travel from it’s roots in colonial mentalities and action to its Nazi ties via Wernher von Braun and others. The zine reads like informed rants distilled into a critical countdown sprinkled with damning quotes from the very mouths of the scientists, racists, military personnel, rich jerks, and bureaucrats who make up founding figures of space exploration.

10. Space colonization and space travel are unethical
9. The sun, moon, and planets are not our junkyards
8. Space exploration is colonialism
7. You will be left behind
6. Weapons development and militarism
5. Tourism: everybody hates a tourist
4. Nationalism: space exploration is statist
3. Space exploitation is not vegan
2. Contamination!
1. Space is only for white men
0. Wernher von Braun

As politicians, pedantic grifters, bosses, and billionaires peddle space-travel and commit vast resources too it, the poor grow poorer deprived of the infrastructure needed to thrive and coupled with this human caused ecocide continues via toxic emissions and devastating resource extraction. This zine make evident between the urge to have new worlds to conquer and new places to put our trash so we don’t have to think about the negative impacts of our life-ways the path to space will surely be a path to actualizing hell on earth.

It’s no wonder radical students heckled astronauts during the Apollo missions and civil rights leaders protested the launches. If anything it represents a further attempt by the ruling classes to avoid fundamental crisis in our society. As capitalism and imperialism/nationalism are running out of space to maneuver around their problems and space to put their polemic energies towards conquering, outer-space is the only space left for them to exploit. The closer to reality their pie-in-the-sky myths are to being actualized the more horrifying reality becomes.

You will be left behind. DON’T LET THEM LEAVE!