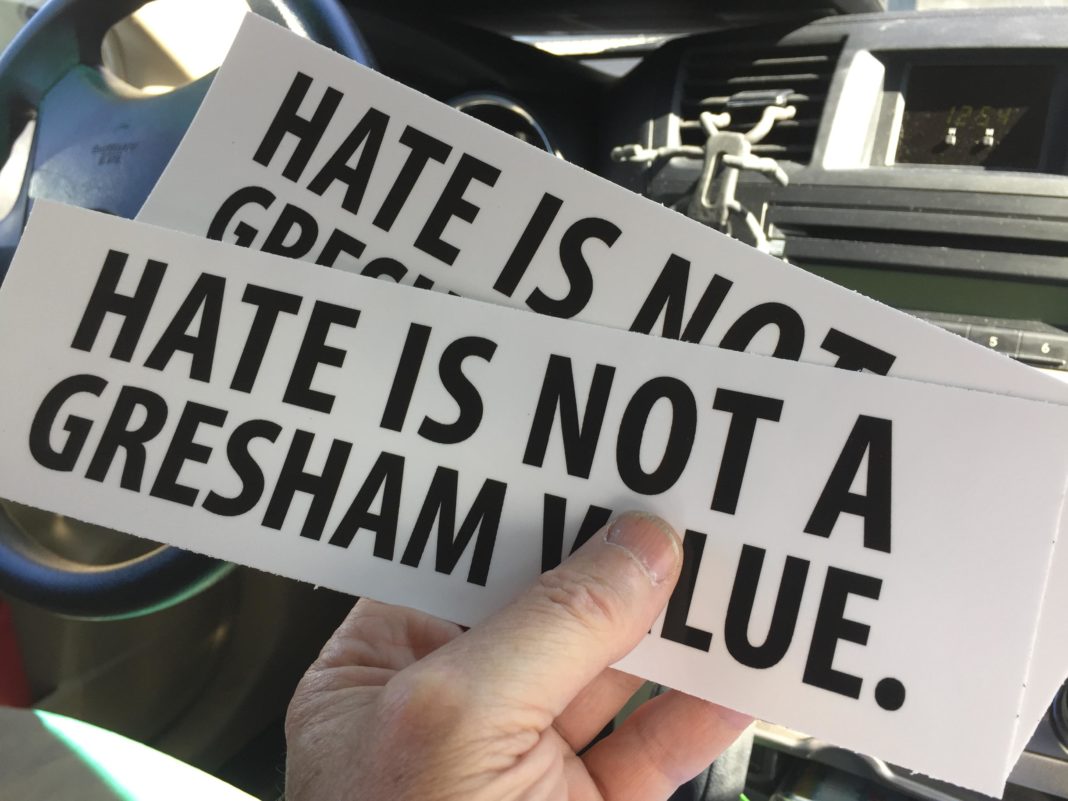 This is a call for mass opposition against Patriot Prayer, Proud Boys, and outside forces from attacking Portland.

The people of Portland have called upon its community as well as its neighbors to come out and oppose the Alt-Right, because this is building up ground support for a national fascist rally: “Unite the Right 2” in Washington DC on August 12th. We as Greshamites and the greater Gresham-area need to stand up and have our neighbor’s back in the fight against racism, fascism, and fascist attacks on our communities. Portland went through a lot of violent history dealing with hate crimes and murders committed by neo-Nazis, white supremacists, and the various white nationalist groups that reside here. Portland’s history goes way back to the 70s and still continues to the present of being a magnet for this kind of problem.

We are not so far apart from our close neighbor Stumptown, in fact we share a lot in common with our neighboring city. Gresham had experienced fascist attacks on its communities before. Larnell Bruce; being a perfect example of something so horrendous and depressing that it affected the community very negatively. Gresham maybe almost 130,000 in population but we’re still a pretty small suburban town. Nobody was really worried about racist violence or murders and nor did the people really give much thought on how serious these realities are. I strongly think after two incidents that hit Gresham, OR woke up some of the major communities to the reality of how much of a threat these fascists really are. The first incident was when out-dated (badly written with lots of grammar errors), Oregon KKK flyers were left on Gresham residents porches, mailboxes, and even people’s windshields. People were pretty spooked by that and hated the fact somebody was trying to recruit for the Ku Klux Klan Oregon chapter. 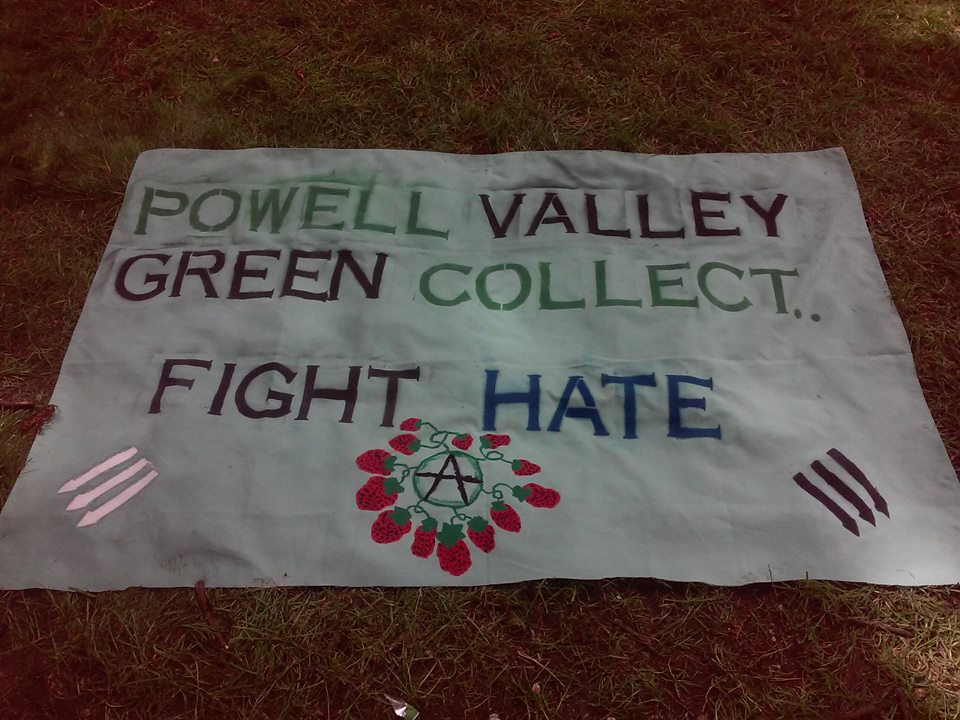 Thanks to Rose City Antifa they identified the person who left these flyers at residents’ homes. The problem was over with after that…No more appearances of KKK flyers were seen ever again. What really got people talking was right after Larnell Bruce was murdered by a couple who were members of the European Kindred outside a 7/Eleven. Our city was the focus after that for quite awhile and it got to the point especially after Heather Heyer was murdered in a similar way Larnell Bruce was; the City of Gresham started a campaign: “Hate is Not a Gresham Value” to try and unite against the unsettling truths that Gresham does indeed have its own problem with racist violence and hate crimes while fearing things could escalate in the future.

From Troutdale to Fairview: whom are members of East County and also can be referred to as the greater Gresham-area. We need to stand up and protect not only ourselves but also our communities and neighboring cities from fascist violence and attacks! (You both experienced some rather explicit racist graffiti and fascist vandalism.) I don’t care if you’re conservative, liberal, and or libertarian; Portland really needs our solidarity and numbers to crowd the streets of Downtown to oppose the various fascist and Alt-right groups attending on August 4th. This is a call to action and our time to shine as one big ass community!  We are busy fighting our own battles at home; that’s why we must help defend PDX on the 4th. We need to remember Larnell Bruce and other victims of hate crimes for why we’re joining our neighbors in Stumptown to fight against hate.

Show up for Mulugeta Seraw.

Show up for Robert Buchanan Jr.

Show up for Ricky John Best.

Show up for Taliesin Myrddin Namkai-Meche.

Show up for Heather Heyer.

Show up for Larnell Bruce.

Please for the sake of our friends, loved ones, and neighbors show up on August 4th.

Rally at Tom McCall Waterfront Park in Downtown Portland at 11:30 AM as expected. Things are probably not going to officially kick off until 12 to maybe 1PM on August 4th. This situation keep in mind is dynamic right now and expect things to change when it does. Here’s the Facebook event.