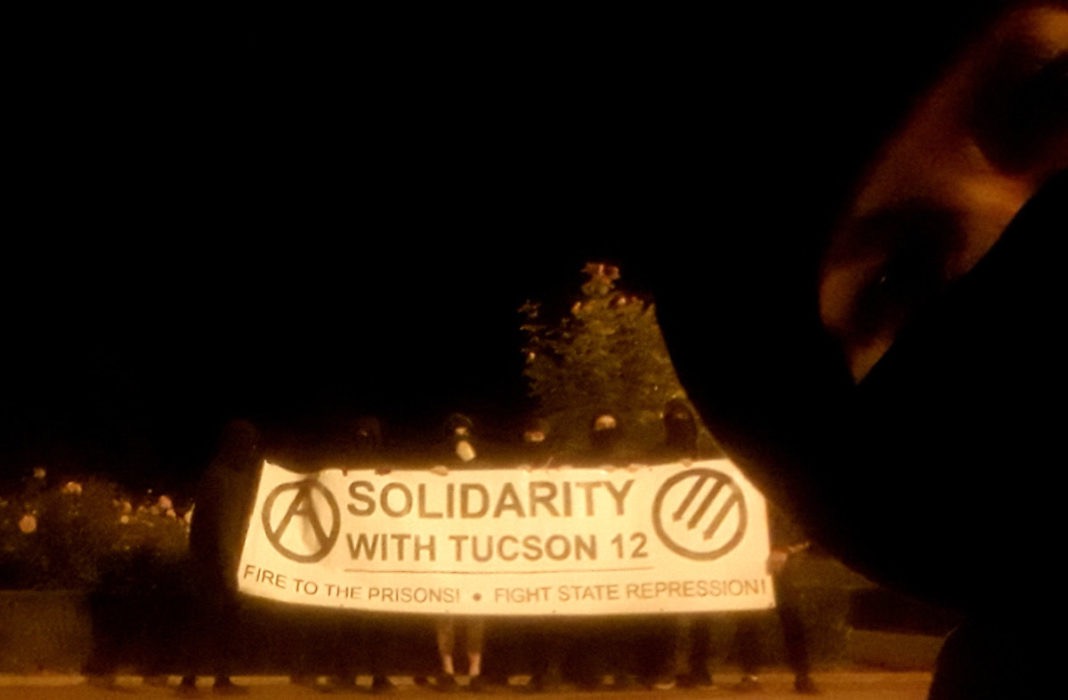 Amidst extreme violence from the far-right and from the State, protest movements and demonstrations in the U.S. are increasingly being attacked for standing up against brutal tactics of repression.

We in the Rose City stand with those who were arrested in Tucson, AZ after heading home from a noise demo at the Pima County Adult Detention Complex, (support them here). In the Borderlands, the blending of I.C.E. and the prison industrial complex are even more entangled than elsewhere in the U.S., even in the so-called sanctuary city of Tucson.

We commend our friends and accomplices for their dedication to supporting migrants and refugees in a myriad of ways and for disrupting the business-as-usual of colonialist-capitalist control of labor and racist incarceration practices meant to terrorize and tear apart communities.

Fuck I.C.E. Fuck prisons. Fuck borders. Fuck the police. Fuck all forms of exploitation.
All we want is total freedom, and until then let’s keep it up and BRING THE NOISE!