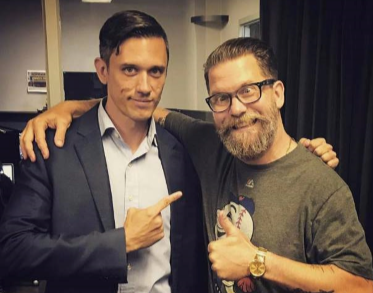 Charles Krafft a prominent local artist who, according to The Stranger, claimed, “I believe the Holocaust is a myth.”

Nathan Damigo, the founder of Identity Evropa, a fascist white nationalist group whose literature has been seen on Capitol Hill lately. 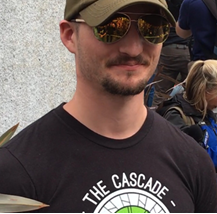 Christopher Robertson, the leader of The Cascade Legion. C.B. Robertson author of the book “In Defense of Hatred” was last seen here in Seattle defending Joey Gibson’s  “Freedom Rally Seattle.”

The Fifth Meeting of the Northwest Forum, will have three speakers:

Jared Taylor of American Renaissance who will be speaking on “A Quarter Century of White Advocacy” and signing copies of his new book If We Do Nothing.

Greg Johnson will speak on “Whitopia.”

A retired lawyer and current Senate candidate. Mr. Gillespie was recently seen at the Torch Rally in Charlottesville.

Greg Johnson is the editor-in-chief of Counter-Currents Publishing. Counter-Currents bills itself as the “home of the North American New Right.” The SPLC includes Counter-Currents in their listing of hate groups in Washington State. Counter-Currents recently pleased Nazi’s all over the country by redistributing James Mason’s book titled Siege. This book is an inspiration for the neo-Nazi group Atomwaffen Division. Counter-Currents themselves said about the book “Siege is a tool for mental self-liberation and perhaps even a guidebook for living near what we hope is the end of the present Dark Age.” 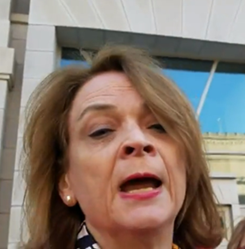 According to NYC Antifa “During the day, Margot Darby/Sheehan is a flash developer who has worked for FCB Health, and, according to her LinkedIn, “Penguin Random House, Citigroup, American Express Publishing, Travel + Leisure, Food & Wine, The New York Times.” We’re pretty sure she doesn’t tell her coworkers that she spends her nights writing racist essays under name “Margot Metroland.”

On a November 2016 podcast, she brags about attending Richard Spencer’s recent Alt Right conference in DC. She also details her decades-long participation in fascist circles, which includes knowing racist godfather Willis Carto; doing freelance work for the Institute for Historical Review, best known for spreading Holocaust Denial; and being pen pals with neo-Nazi leader William Pierce, the inspiration for the Oklahoma City bombing.

According to the event listing there will be a party at an undisclosed location on Friday night and the forum on Saturday. The last forum claimed to have approximately 75 attendees. White nationalists, neo-Nazis, and fascists can not be allowed to organize in secret. We are asking for the community at large to send us tips of their location and to get pictures/videos of the attendees (if it is safe to do so). Send any and all tips to our encrypted, anonymous email – [email protected]