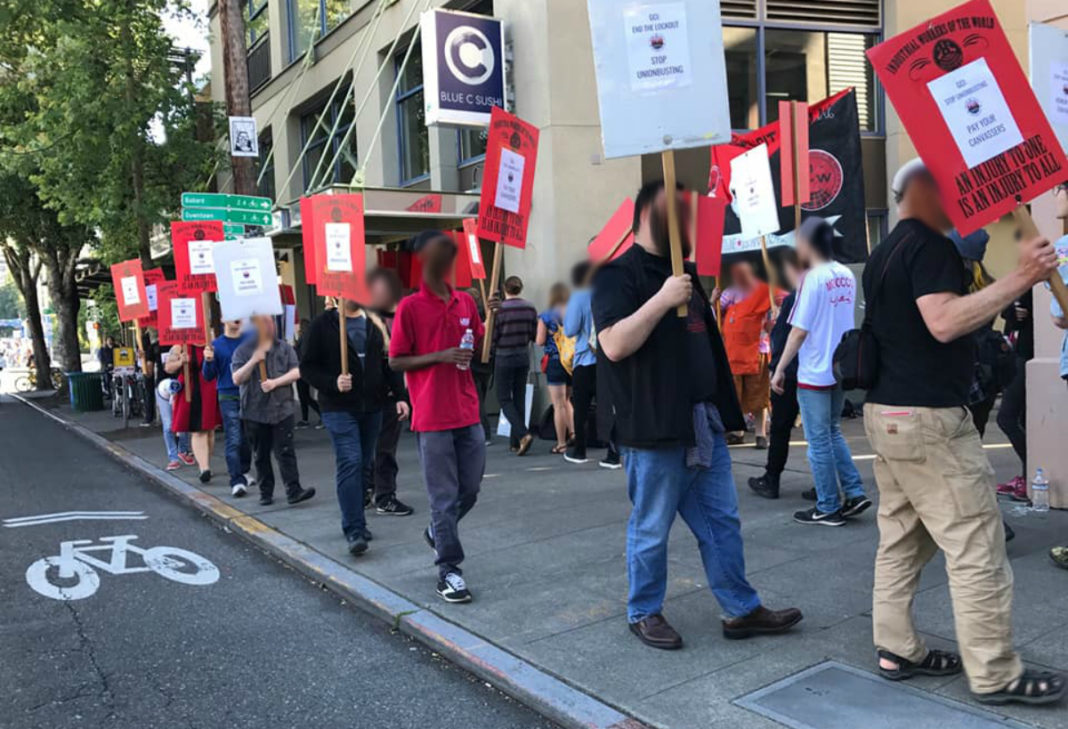 But in a canvassing shop when you go down that path you always hear the same threat. The Bosses will close down your shop. That’s illegal, so they whisper it, they tell it through innuendo, they imply it with stories about other offices that tried.

On June 11th IU 650 Seattle was informed that operations were suspended at the office. We were locked out in response to legally protected concerted action and they were, you know, basically closing the shop.

We launched into action. We took legal recourse. We reached out to our friends and supporters asking them to help with our call in campaign. We reminded Grassroots Campaigns that we work in the street. You cant lock us out of the street. We organize for a living, they cannot expect us not to organize.

We picketed. Wobblies in multiple cities, from Seattle to Boston took direct action on picket lines. Our IU 650 friends in the Deep South stood up for us.

And people called. Eventually they heard us.

The Seattle office of Grassroots Campaigns reopened its doors on June 21st and the members of IU 650 have returned to work. The terms are still under negotiation, many workers have been forced to change campaigns and it has of course provided cover for yet another round of unilateral changes.

But that office is open.

If you are a canvasser. If you organize folks for a living and your boss tells you that you will be punished for organizing with your coworkers. If they subtly imply that canvassing shops get closed down for organizing.

Thank you so much for all of your help.