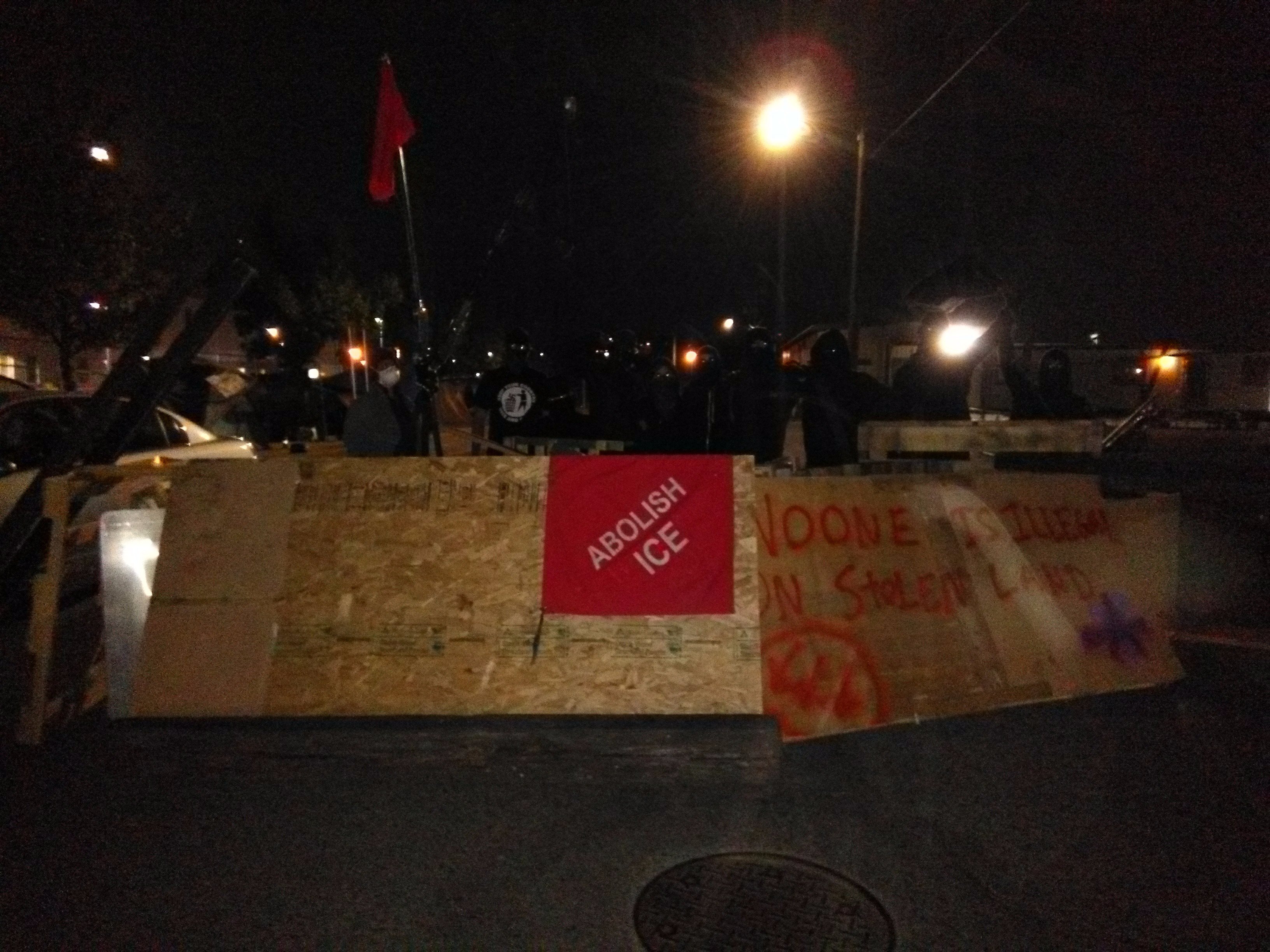 One month in, the encampment at the Northwest Detention Center immigration prison in Tacoma continues. While it has been much lower profile than #occupyicepdx, it is the site of the largest immigration prison on the west coast. Prisoners inside have repeatedly engaged in hunger strikes and other forms of resistance over the years.

Every night at 9pm is a rowdy noise demo. On Friday nights at 9:30 is a vigil.

The NWDC is run by the GEO Group, a multinational private prison corporation. Their transport buses are parked across the street from the prison inside a chain-link fence. On multiple occasions people have blocked deportation buses. Last night’s vigil turned into an impromptu hard blockade – fencing was torn down and piled in front of the gate that prisoners are transported in and out of, cones and signs were placed in the driveway that the guards use, and a hard blockade of pallets, railroad ties, fencing, and signs was erected in the street. 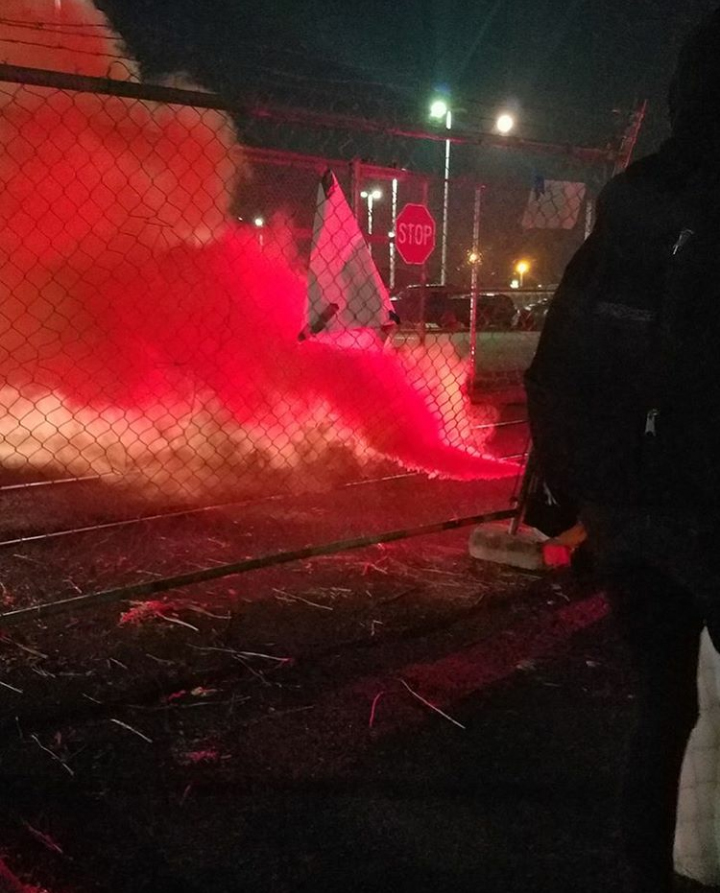 If you have experience with blockades and occupations, if you hate the concentration camp and its world, if you don’t want imaginary lines called borders, come to Tacoma. The encampment needs your energy. Don’t overlook this strategic chokepoint.

Check out @occupyicenwdc on Twitter for updates from camp! 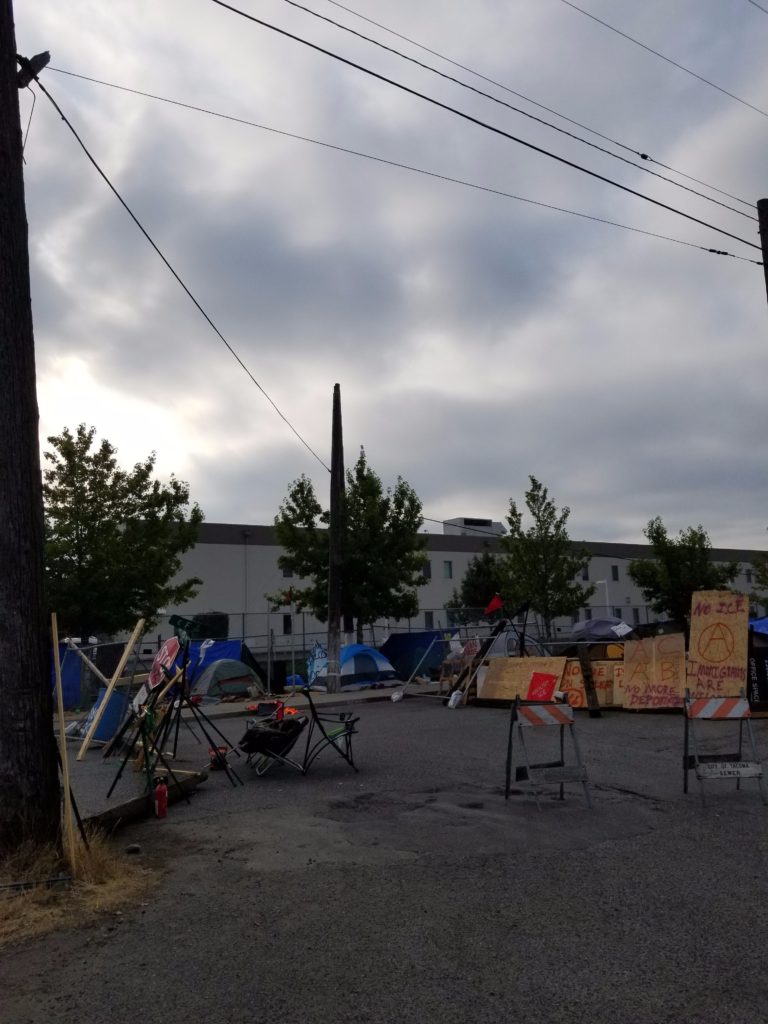