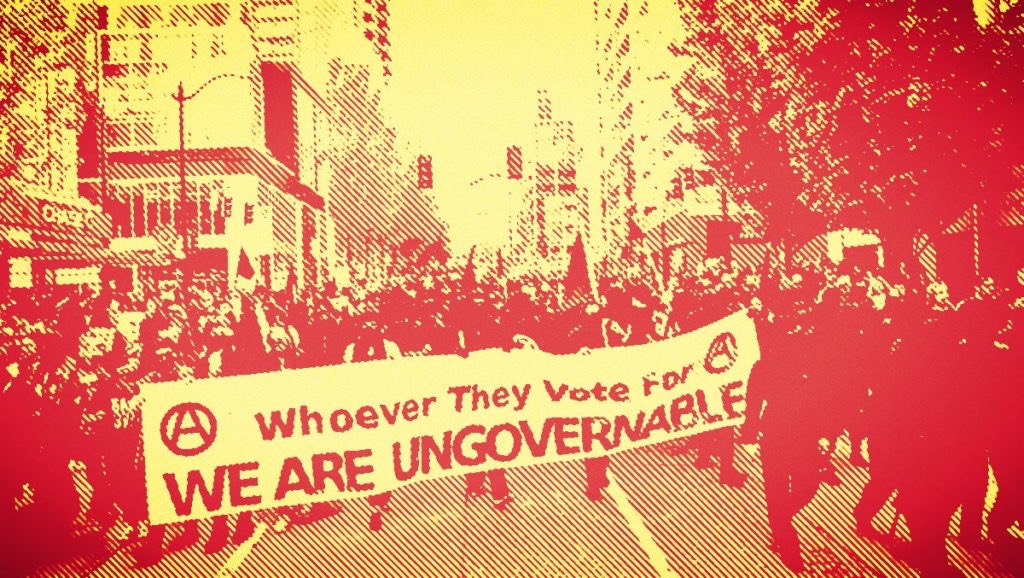 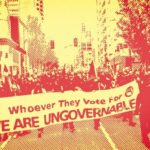 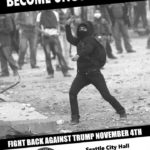 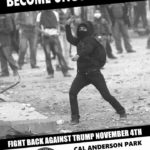 The ascendancy of Trump and white supremacy to positions of power and influence in US society has provoked a renewed interest in anti-authoritarian politics and more particularly, anarchism. This can be seen in the rise of a relatively large and yet autonomous US anti-fascist/ anti-racist movement, but also in the insurrectionary acts that accompany events fighting back against pig violence in cities like St. Louis. This is all cause for celebration, yet despite so much of our insurrectionary potential becoming actualized, the Trump regime and its mobilized base of supporters rages on; threatening the lives of those in our community everyday.

In an effort to put an immediate halt to the functioning of the Trump regime, members of the Leninist group, Revolutionary Communist Party (RCP), are attempting to stage an event on November 4th modeled after the Occupy movements of 2011. This is no doubt an effort on the RCP’s part to gain more mindless recruits who can dutifully sell party newspapers, but it also presents anarchists with an interesting opportunity for meaningful action against the Trump regime.

We at Insurrectionary Youth Action (IYA), a new group of insurrectionists based out of the Pacific Northwest area, would like to make a call to action for other affinity groups and anarchist organizations to take part in the upcoming Nov 4th events. Not out of solidarity with the RCP mind you, but as an autonomous force of our own that can influence the event and instigate radical action against the current regime.

A suggestion, not a demand.

Updates On Fascist Responses
Since the local fascists of Seattle have decided they are going to counter the Refuse Fascism event, we best think everyone should come prepared to defend themselves from the fascist threat.

Let’s make this a fun sort of thing too. We feel the need to make our presence known, loud and clear.
Bring your friends, music, silly string, glitter, chalk, bubbles, banners, any thing creative you can think of!

We will be meeting at Seattle City Hall around 12 PM.
Wake up Seattle! 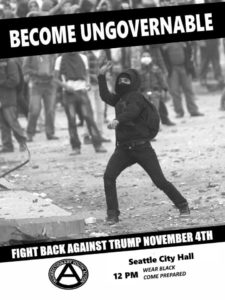