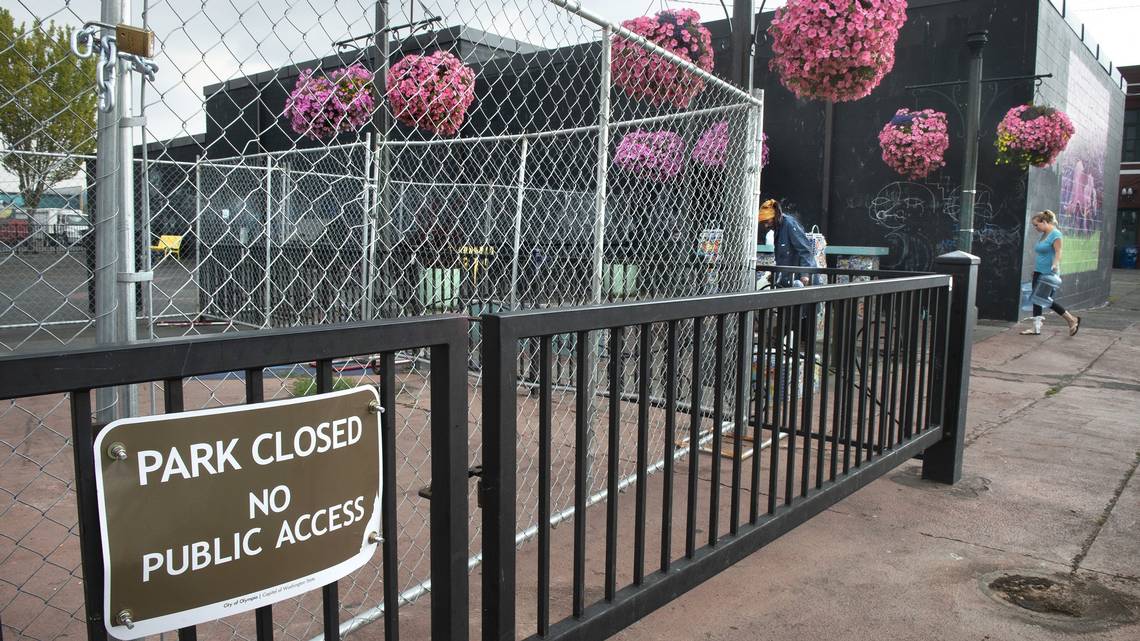 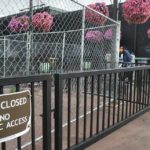 image from The Olympian

It happened again, and then the fire came. Minneapolis rose the fuck up for George Floyd and for all of them that it could be in the future. Our hearts swelled as the news of smashed up pig cars and looted stores trickled in, we felt energized and moved and knew we couldn’t just sit idly by. Revolt demands active participation, not spectatorship.

A group of around 30 or 40 people in all black assembled at Percival Landing with signs and banners adorned with various versions of “fuck the police” and “rest in peace George Floyd”. Flares and fireworks were shot off, fliers explaining what was going on were handed out to drivers and passerby. It was mostly quiet except for the times people would honk in support and we would all cheer. Maybe bringing music would be good for the next time?

What really surprised me was just how much support we were getting. It seemed like every other car was cheering us on, one person drove by and blasted NWA’s “Fuck The Police”, and at a few points some people even joined in with us. This was refreshing as it’s easy to feel isolated, especially in such a small city where it sometimes feels like everyone is against us, but it’s clearly not the case.

We held this intersection for maybe about an hour – with no cops in sight which was also surprising – and then we took the street. We went down 4th, loudly chanted A C A B – ALL COPS ARE BASTARDS, we chalked “fuck 12” as we went and continued to hand out fliers to people and drivers. Up until then every thing was fairly tame (but in good energy) until we came to the well. There were a few people hanging around who got hype as fuck when we came through and there was just an energy, so people busted open and hopped over the gate and immediately tore down the fence and dragged it into the street to act as a barricade of the street. We hung around for a minute before one cruiser and a bike cop came by, but we were all just feeling the energy.

The well has long been a battle site of gentrification and now it’s common to try to tear down the fence in actions. The fence exists purely for the emotional well-being of the small business owners and landlords that run downtown Olympia.

At one point the fence was moved to the end of the intersection and some of the cars that were stuck waiting were let through, but someone plowed through the fence barricade and almost hit some of us. At that point the cruiser that had been chilling moved in and cut people off and more pigs started to show up so people felt it was time to go. Dispersal was a bit tricky because it was daytime, there was no one around, and we were all getting followed. But by going against traffic up into the neighborhoods people managed to get away.

Olympia has generally been quiet so this was an energizing welcome, a reminder that we can just do the damn thing. Two of the things that stuck out to me was 1) this event was promoted last minute and on the down-low through our networks, which shows the strength of our networks to mobilize but on the other hand perhaps we could have gotten more wild if we spread the call wider? How do we get it our of our networks and bring others in? Some of the biggest and most inspiring actions were able to be that because of the spread of it outside of anarchist networks. Along with that, there was some confusion in the call out – was it a stand around event or an all black everything event? It’s important to commit from the start so people can come prepared accordingly. Luckily, Olympia tends to be versatile so it seemed people came for either or.

The other thing was, even though there were not a whole lot of us we decided to block off all lanes of traffic, which is just more dangerous of us when we aren’t fully filling up the streets, this is more exemplified by the car that busted through the barricade. Maybe the actual lesson is to build better barricades? Along with that, does it tactically make sense? In bigger cities where capital flows in and out through the streets much more it makes sense, but what are we blocking in downtown Olympia? Not much honestly. It’d be different if we were trying to block the interstate.

Next, it’s obvious the police have been training. While it took a long time to respond, like it usually does when they don’t expect us, but during dispersal it was clear they have gotten much less hands off and much better at circling around us. Downtown is built for them, not us, and as they start to bring more bike cops out into the streets we will ignore this at our own peril.

The final thought it, was downtown the best terrain for this action? This is maybe more subjective but downtown is empty, and due to COVID-19 more empty than usual. There is nothing there and it is firmly the terrain of the business owners, landlords, and cops. Maybe it makes more sense to move more into the neighborhoods or into the west side? What creative ways can we do this?

All in all, it was exciting and energizing to get back into the streets. It’s important that something happened, and better that it’s this. But this can’t simply be one and done, solidarity has to be constant, and it can be a way to build up and expand our capacity for attack. And this point is key because its obvious we are a little bit rusty in the street. We need both a living memory and a living PRACTICE of active revolt. It will make us more well equipped for the coming confrontations and to send stronger messages of love and rage to those tearing it the fuck up elsewhere.

Rest in power to George Floyd, and every unnamed person murdered by the pigs.
Our vengeance is louder than justice.