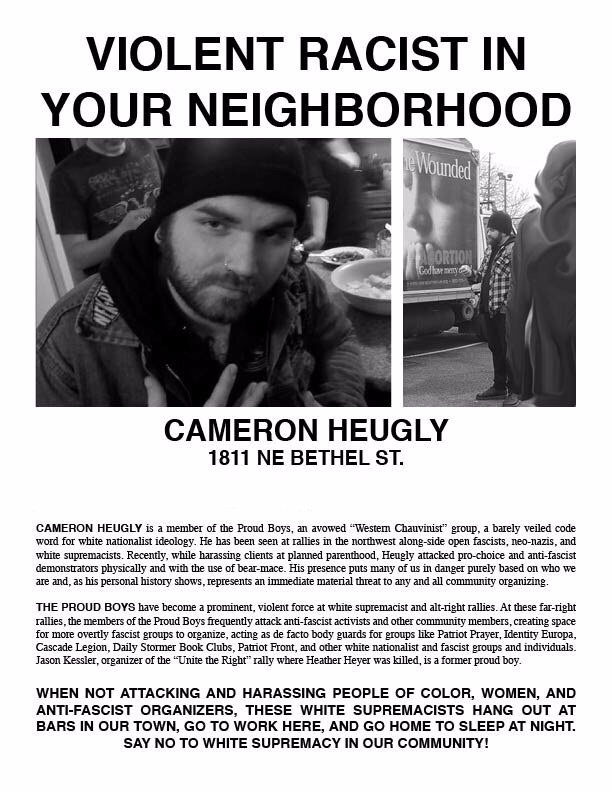 After being outted in his neighborhood local scumbag, and member of the
Proud Boys Cameron Heugly was spotted this morning frantically
attempting to clean up pictures of his own face. Paranoid and scared now
that his neighbors know who he is, Heugly changed clothes at one point
before continuing trying to scrape fliers off poles and walls for a
couple more hours. Around mid-day a friend called Heugly’s boss who said
he had been fired after his employer ‘realized some things about him.’

We are encouraged by this small victory and amused by his humiliation
but we will not let this go, we will not let our community forget, we
will continue spreading information about this violent, misogynist,
white supremacist and making it clear he is not welcome in our town.

Here are updated fliers about Heugly you can post in your neighborhood.
If you know of another Proud Boy, white supremacist, or fascist in your
area we hope you will take inspiration from our success and make their
name and face known.

Fuck Cameron, fuck the Proud Boys, nothing is over. 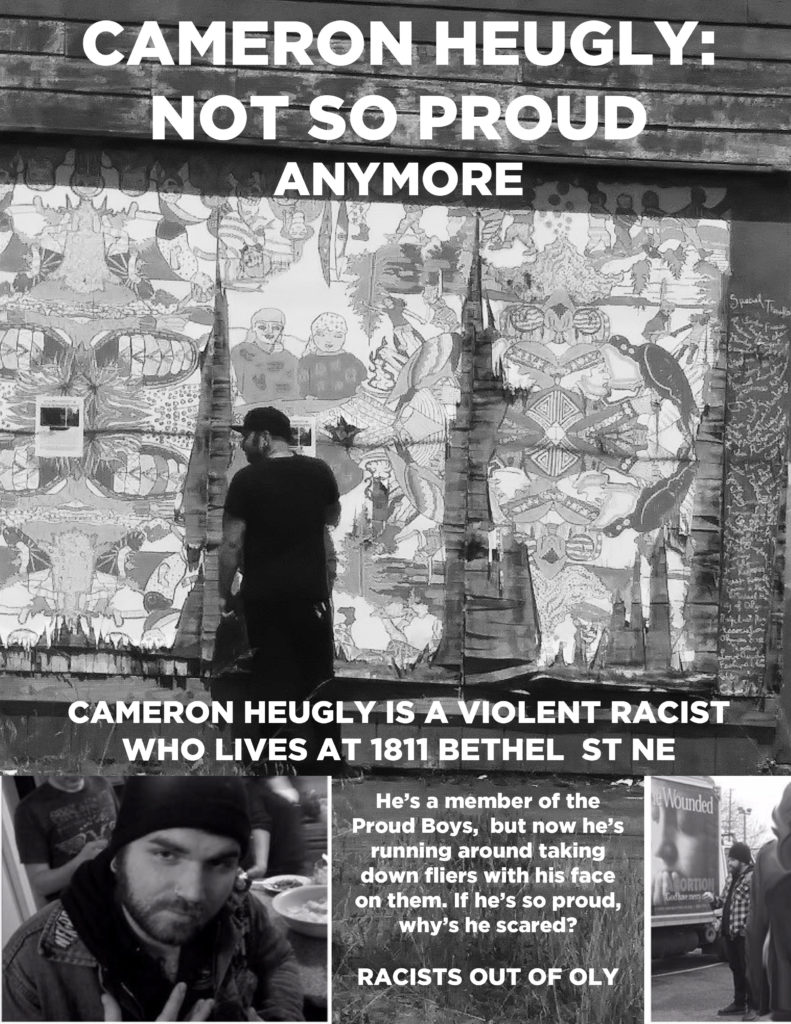 Around midnight between Monday and Tuesday, a small group of friends set
out walking through the east side of Olympia armed with wheat paste and
nearly one hundred fliers outing local Proud Boy Cameron Heugly. The
fliers included Heugly’s picture, home address, work, and information
about the danger he and the Proud Boys pose to our communities. We wheat
pasted these fliers on telephone poles, placed them on the windshields
of his neighbors, put them up at local businesses, and littered his
yard.

While it important to oppose the Proud Boys and other white nationalists
at their public events, we also want to remember they have jobs and
homes and lives that we can disrupt. White supremacists should not be
allowed to hide in plain sight or quietly fade back into our communities
between violent rallies. The action we took is easily replicable–you
can out the fascists in your town, call their jobs to get them fired,
and prevent them from organizing white supremacist violence from the
shadows. This is only the beginning.

For the destruction of whiteness and those who uphold it,
—Some Bitches Against Nationalism