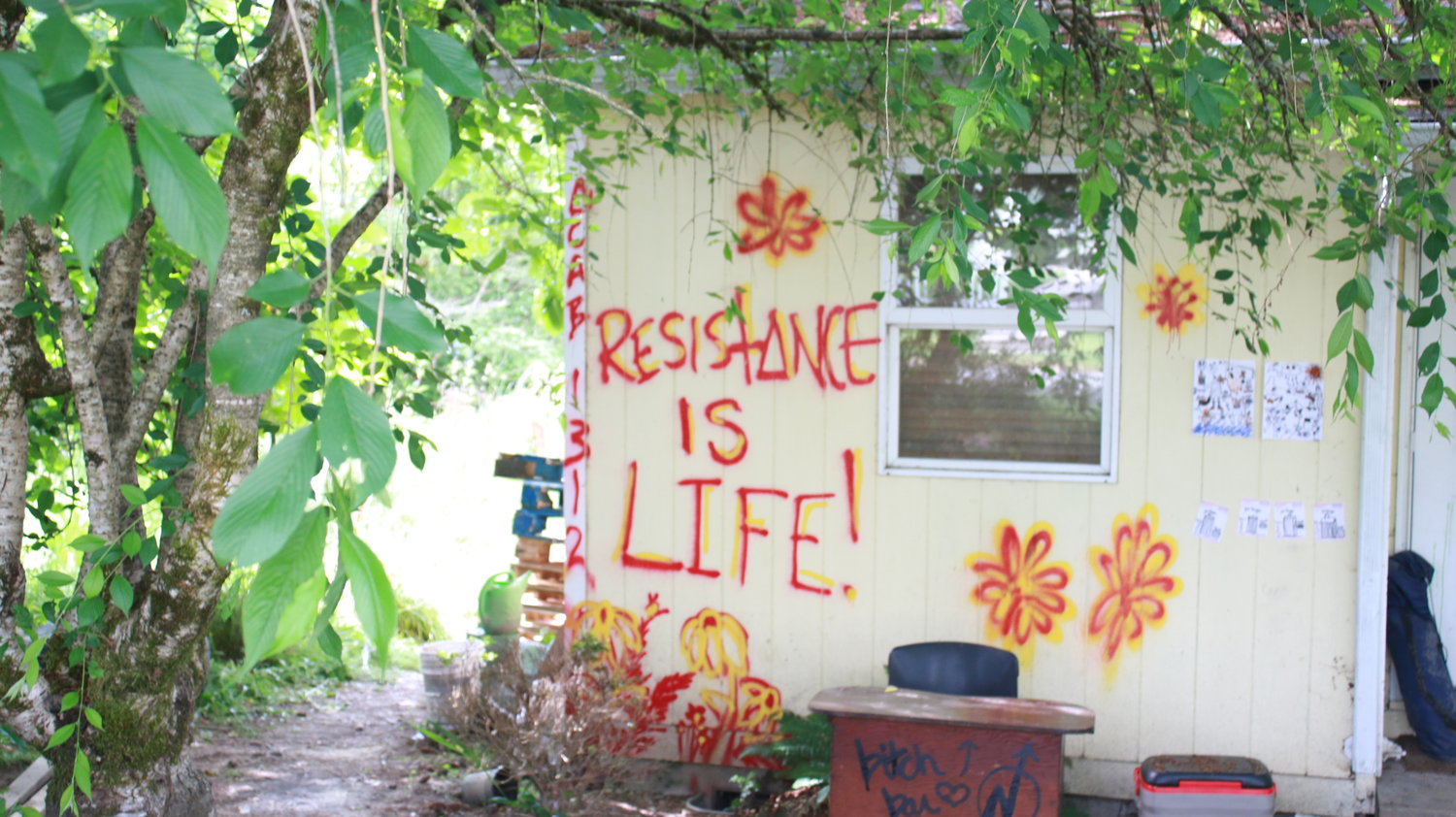 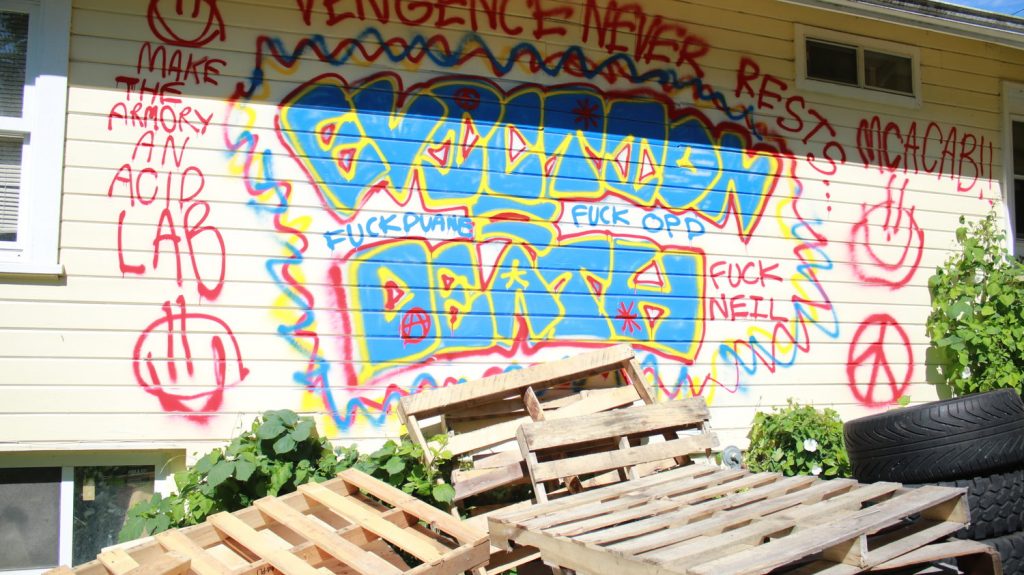 What follows is the reflections of one individual Frog House Defender.

Frog House has fallen and is in the hands of the enemy, but the struggle is far from over. We hope our failure will be the stepping stone to our and others future success.

We had been occupying that house for many months, thanks to the meager protections granted during the pandemic and that fact that the landlord Neil MacLean is a giant pushover we were able to prolong the eviction for months. That in itself is a victory as under normal circumstances squats don’t tend to last longer than a week.

But unfortunately we were unable to hold it down. There are many reasons for this, and I think one of the biggest ones is we should have gone public with it much earlier. We largely kept knowledge of it within anarchist spaces. Maybe two years ago that would have been enough but since the summers uprising we are in a different context where the police are looking for revenge for months of humiliating defeat around the country. On top of that, due to covid and general post uprising fracturing (which is in itself not a bad thing) many of us are very isolated and very defeated, and many still haven’t recalibrated from the summer when anything was possible and haven’t adjusted their expectations of what’s worth risking and what’s worth coming out for. Until the isolationism and defeatism is broken, very little to nothing is possible.

Another big issue is we generally did not ask for help from others and tried to handle most of it ourselves. This stretched us thin and contributed to a general feeling of others not feeling invested in the defense of this space as well.

The eviction moratorium is coming to an end at the end of this month and hundreds of thousands of households will be cut loose with no support. The housing struggle will go on and the crisis will get worse. There is so much space open for anarchist intervention but no one will take that step for us, we have to jump into it.

One squat may be gone, but what isn’t gone is the skills and knowledge we gained doing it, and an understanding of how the terrain shifted and our shortcomings in this battle.

We are scheming new plots and preparing for new moves. The fight has only just begun.

-One of many Frog House Defenders