Wednesday May 28th, we gathered in downtown Olympia, to mourn the murder of George Floyd and show solidarity with the brave rebels fighting back in Minneapolis. About 40 to 50 people had coalesced on Percival Landing, standing on the sidewalk with signs and banners, lighting some fireworks, and decorating the sidewalk with chalk messages. The energy was largely solemn and mournful as we stood in a spread out group, six feet between comrades, everyone in masks. Cars passed and honked or yelled encouragement, but here was little chanting; the pervasive mood seemed to be of grief and quiet anger.

As folks began to grow restless on this small corner there was talk of walking as a group and fliering. Someone started off on the sidewalk leaving handbills in the windshields of parked cars, but quickly a banner navigated into the street blocking traffic and the event was transformed into a spontaneous march.

The crowd moved slowly and quietly, the mood was still one of palpable grief in the face of state violence. We turned signs and banners with messages like “policing is white supremacy”; “all cops are murderers”; “justice for George Floyd”; and the classic “ACAB” toward the cars now slowed behind our funeral procession. As we moved through the largely empty streets of downtown, past shuttered businesses, we lingered in intersections. Energy built with more shouts going up of “Fuck The Police” and “All Cops Are Bastards”.

Everyone we passed on the street was supportive and as we arrived near 4th and Adams a group of people hanging out on the sidewalk joined us and we yelled at whooped at finding each other in the street. The march suddenly had a new fervor and excitement. People set about tearing down the fence around “the well”, a fenced off lot that used to be a vital stomping ground until the city briefly made it a park (ironically dubbed the “artesian commons”) then closed it to the public in their crusade to gentrify downtown and further marginalize houseless people.

In this moment of vitality people attacked the nearest symbol of the states power over us and the quotidian cruelty of policing— a site of contestation and part of a campaign of police harassment, where a year and a half ago there was a battle with police who arrested and attacked people who autonomously reopened the space. The fencing was then dragged into the street amidst joyous cheers to create a barricade blocking traffic through downtown. Soon the police, who had been notably absent, took notice and joined us on the street. After holding that intersection for a little while we decided to carry on toward city hall and the police headquarters, however numbers were small and it was getting hot so we dispersed before making it there.

This action is not nearly enough. Every police station should burn to the ground and even that is not enough to atone for the violence of policing, the constant violence of the state endured by black people. But for a moment we remembered ourselves in the streets, remembered out ability to act through alienation, remembered the power in collective grief and rage. The riots in Minneapolis are only a beginning. They show us a way forward, toward vengeance, toward justice, toward a world without police. 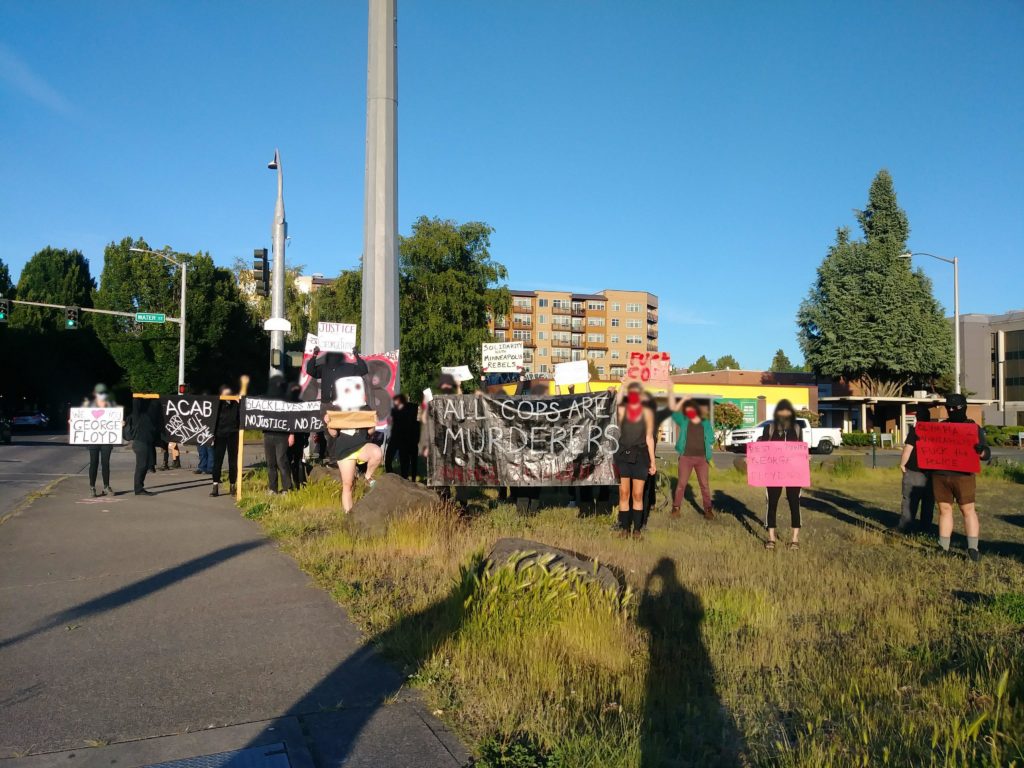 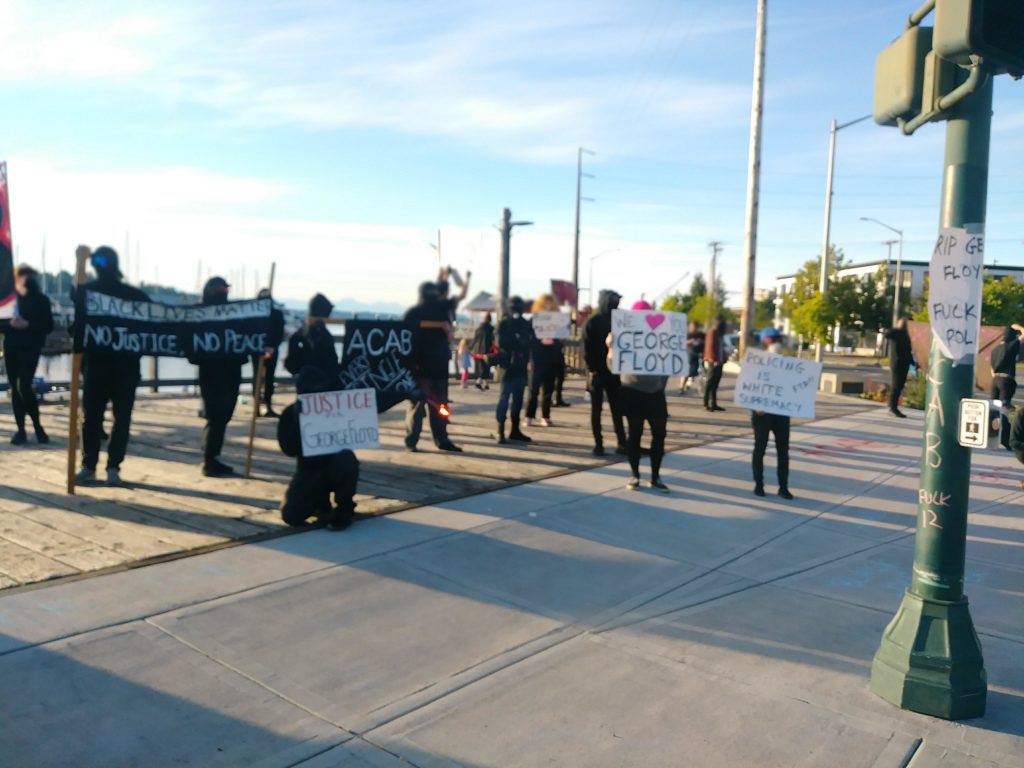 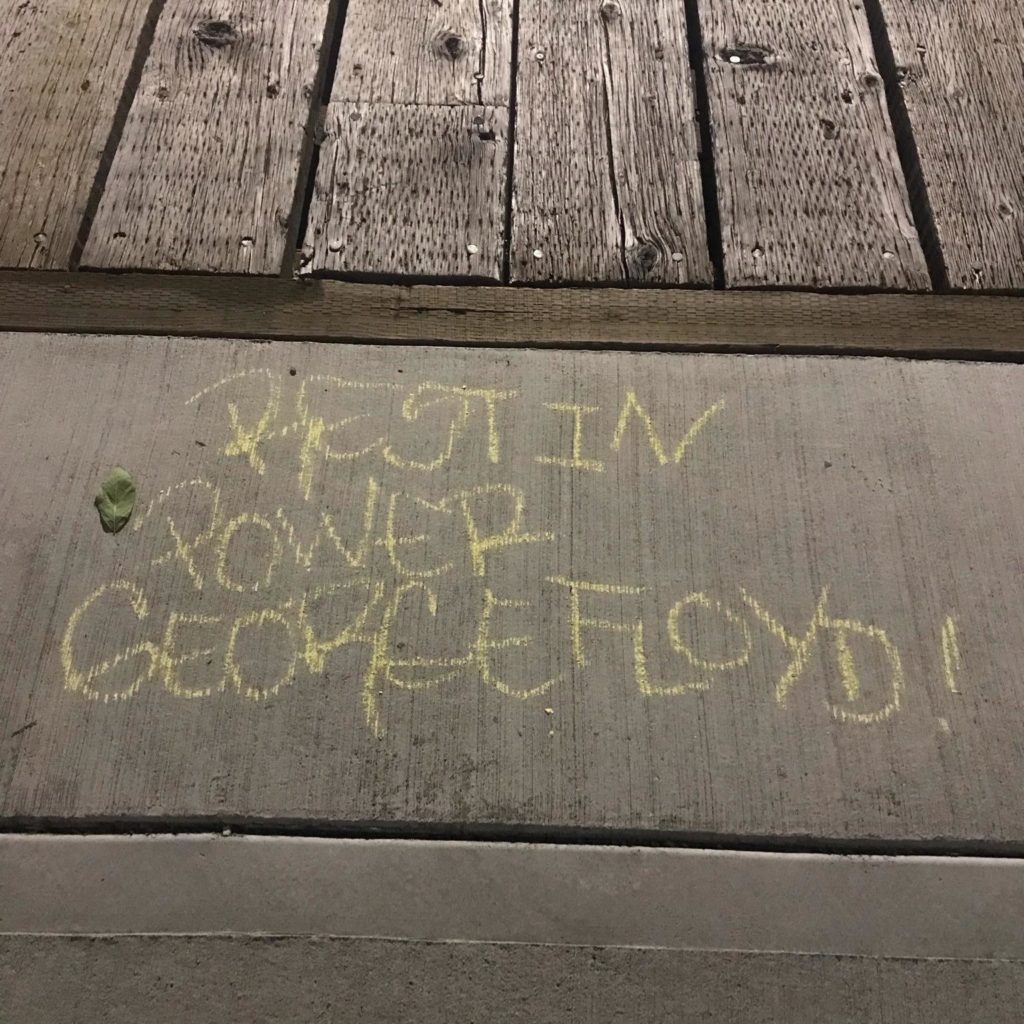 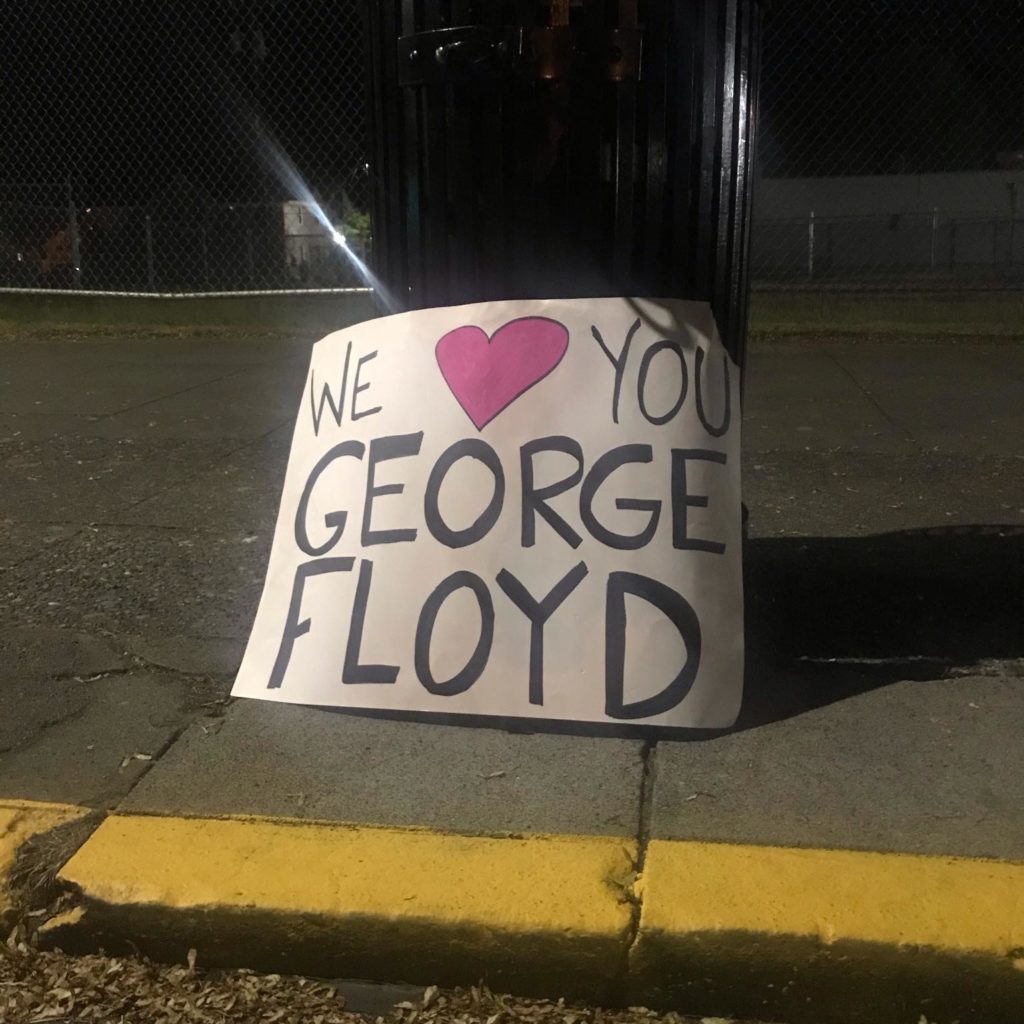 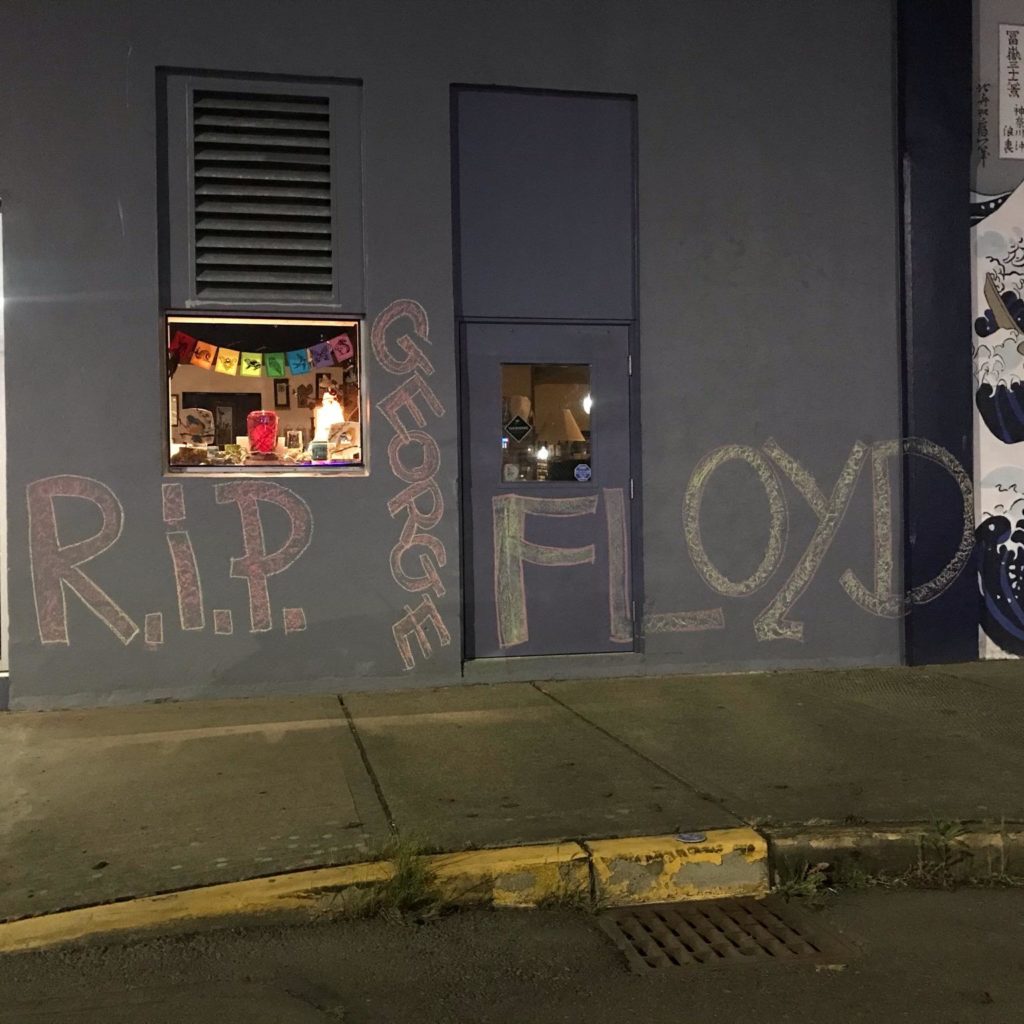 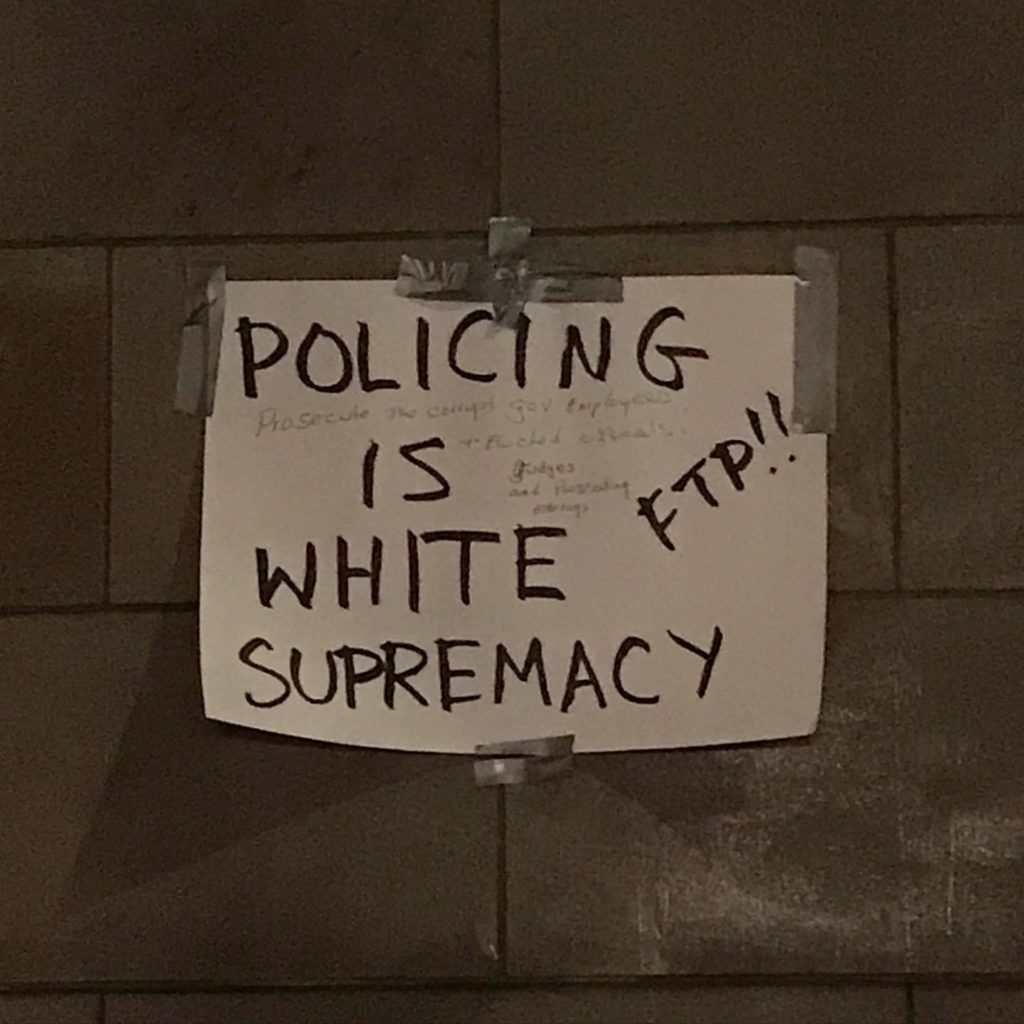 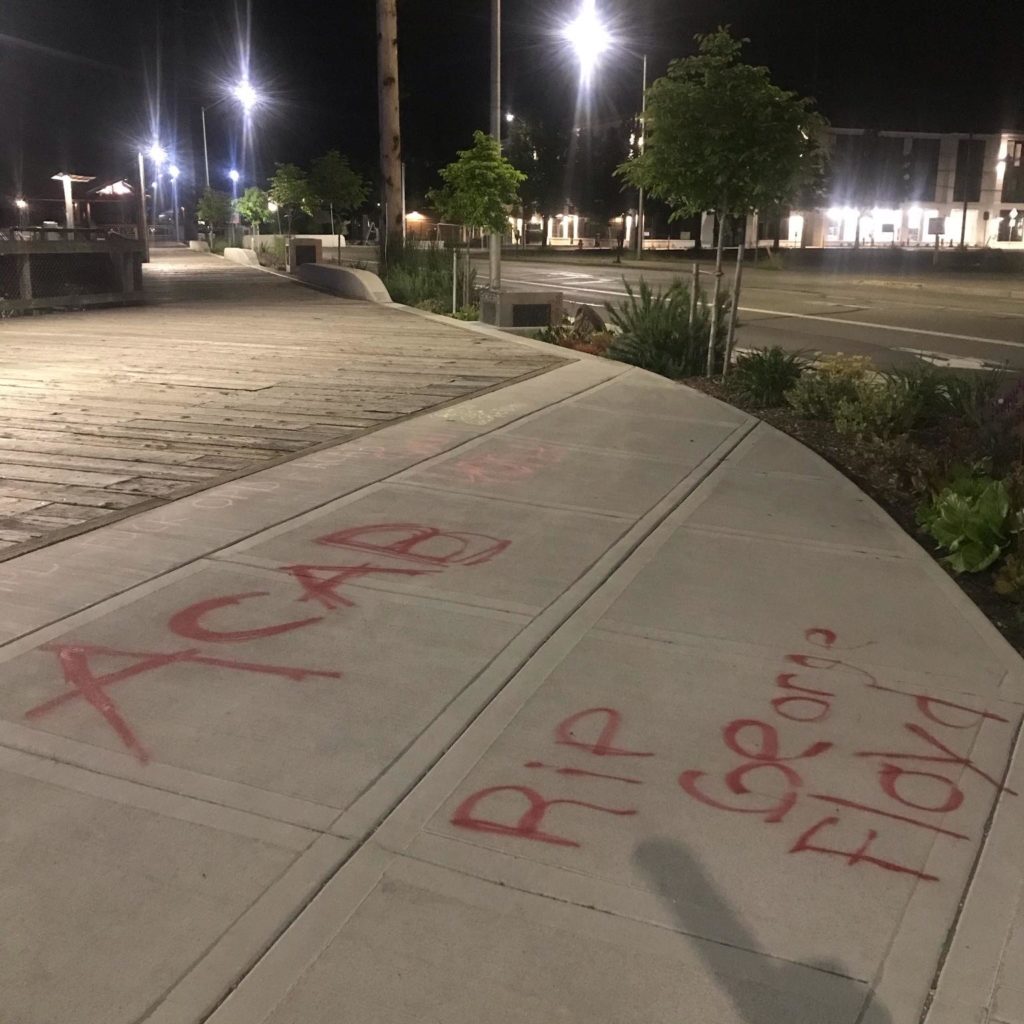 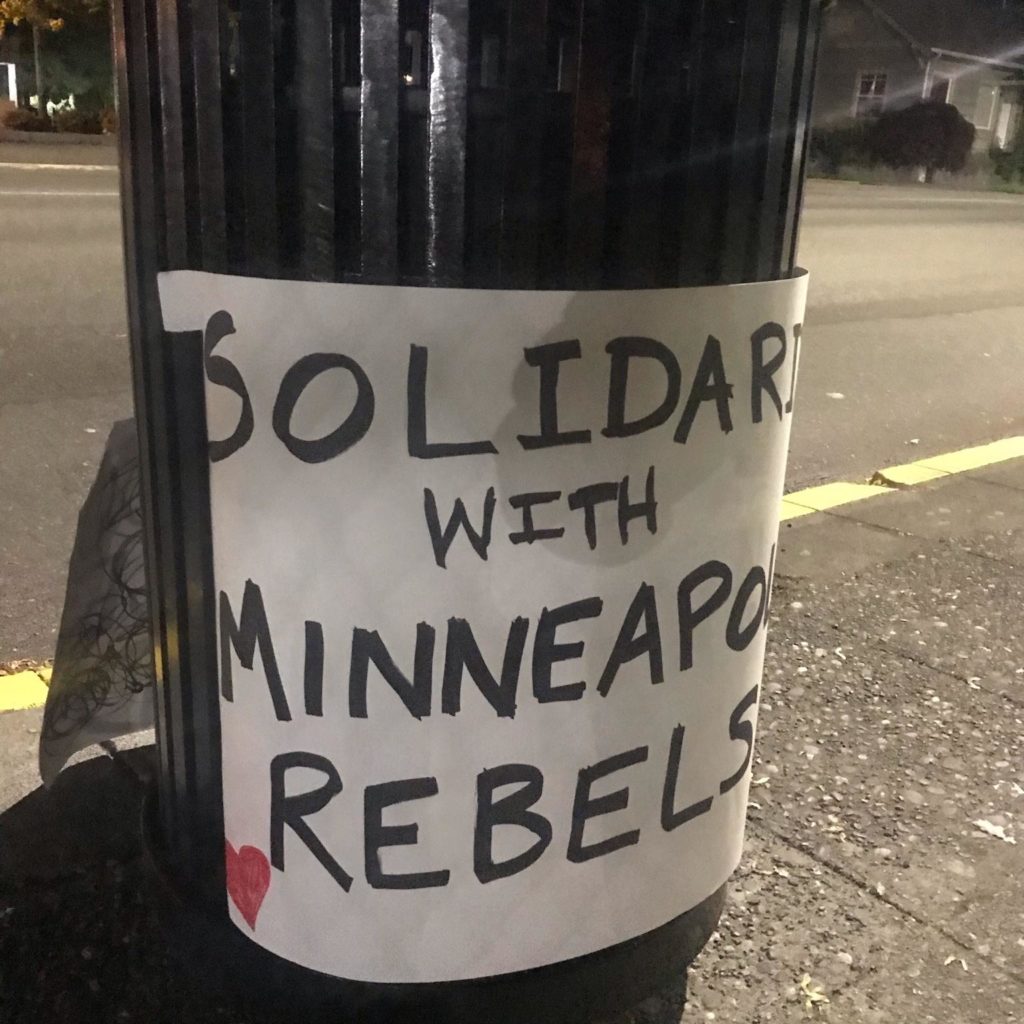 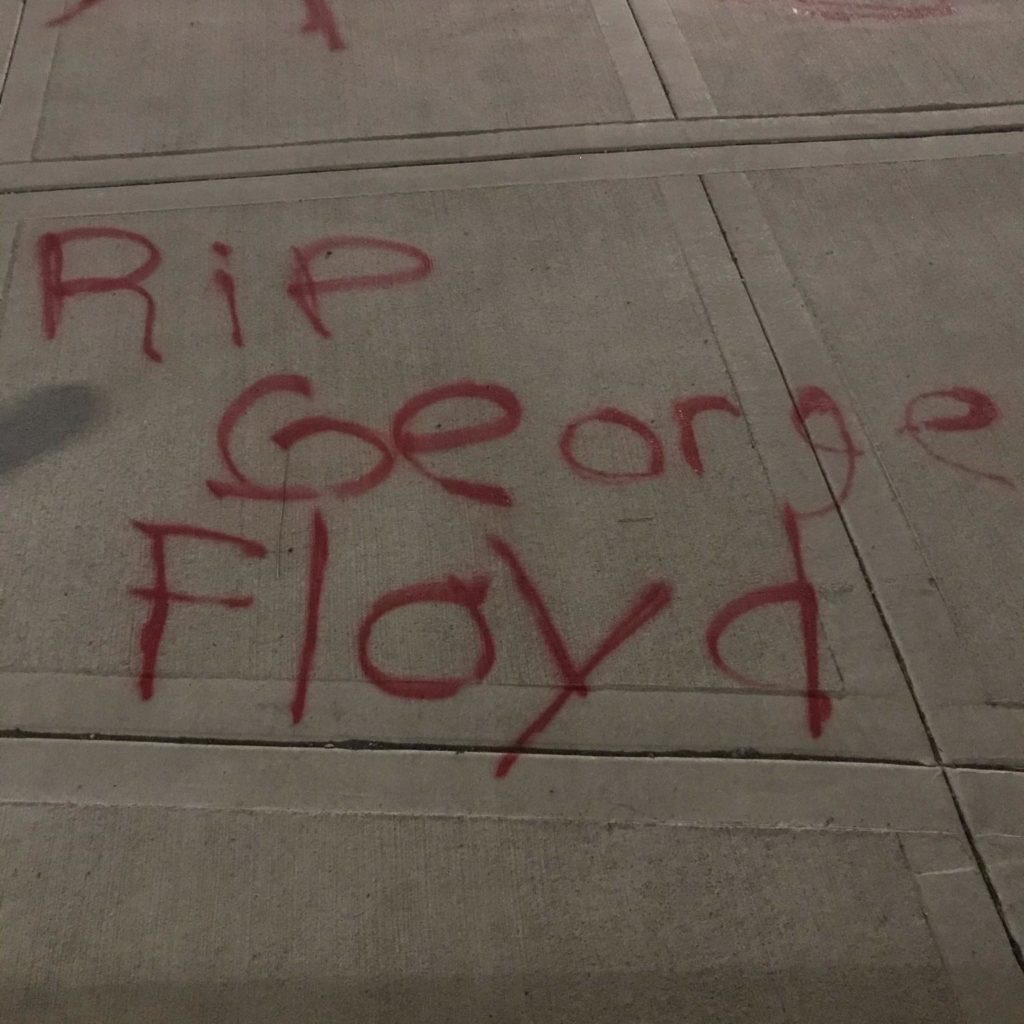 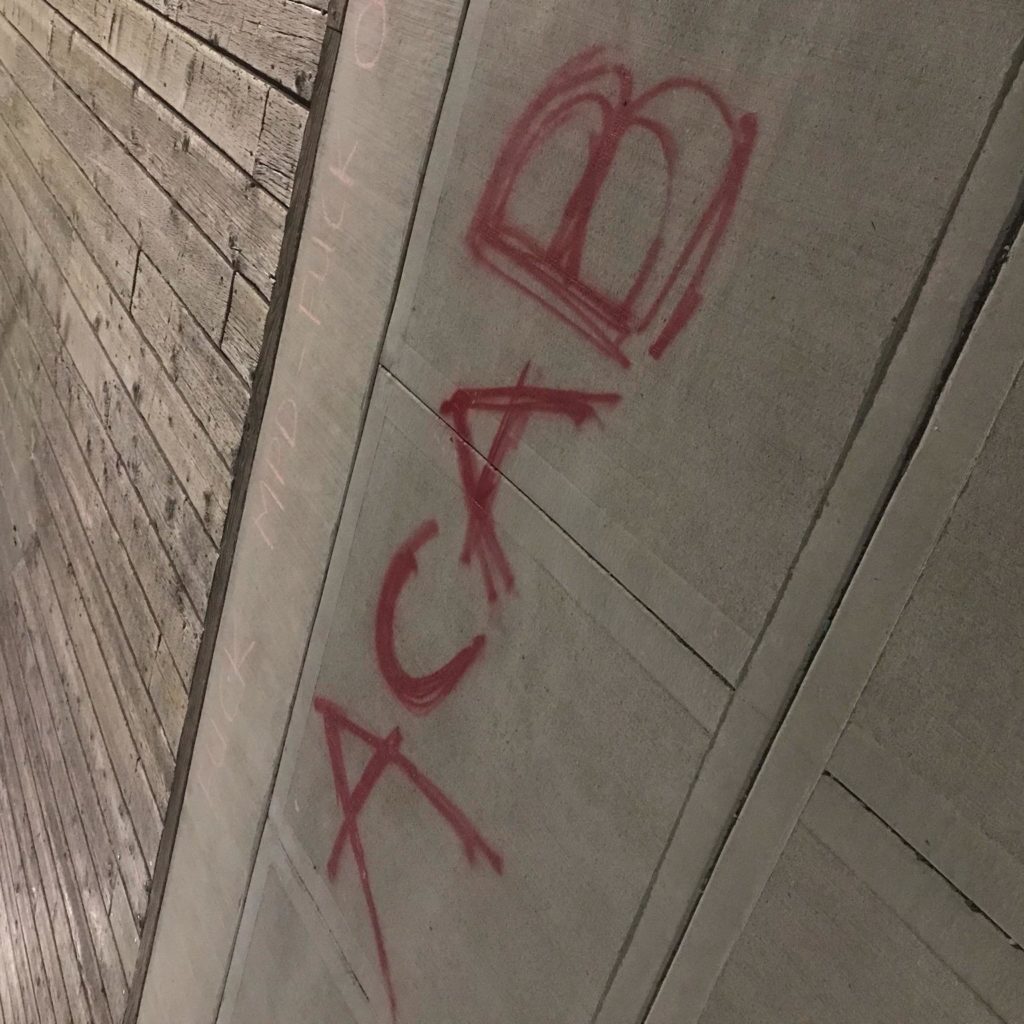