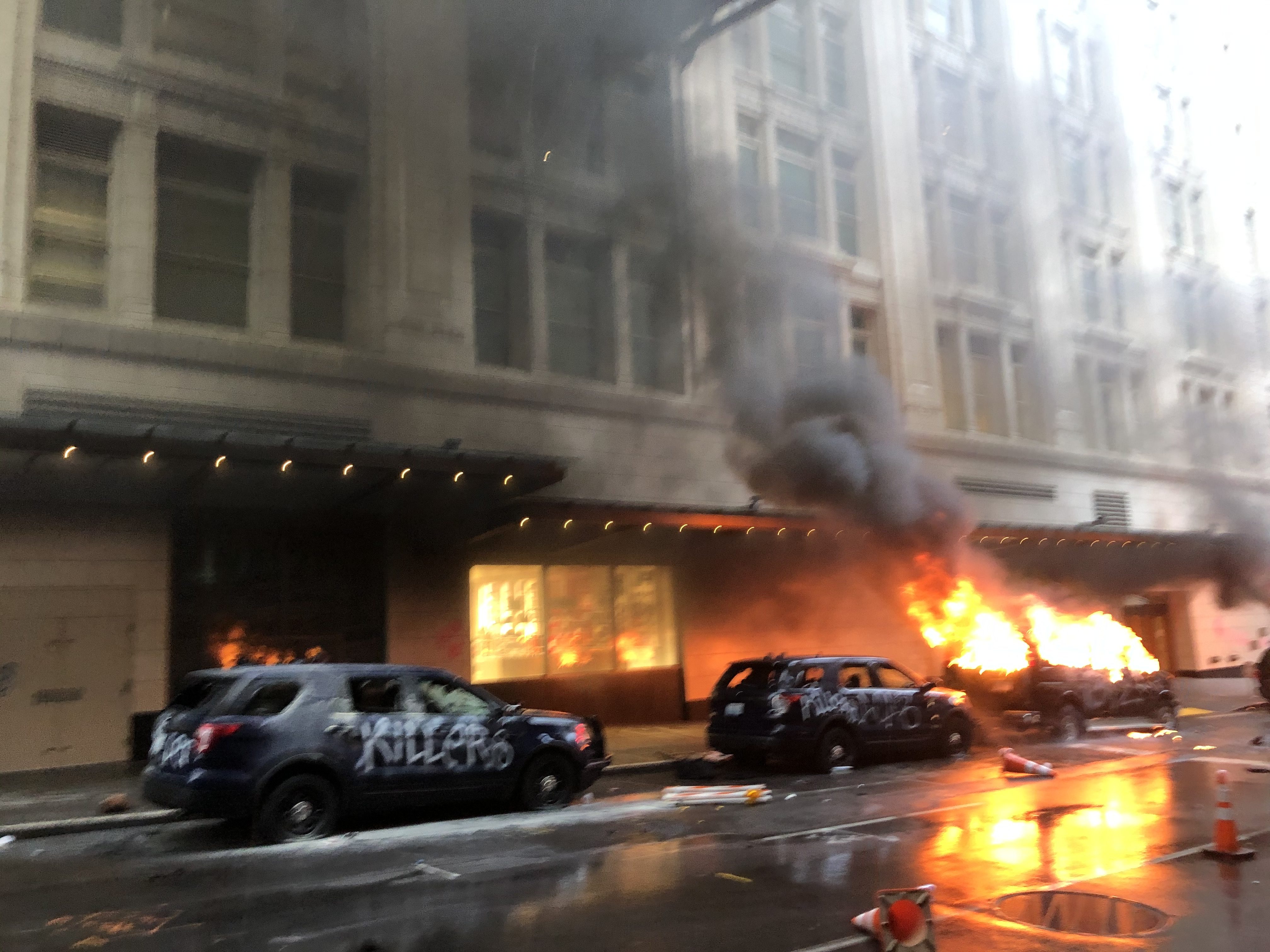 Friday and Saturday night (5/29 & 5/30) respectively saw demonstrations throughout Seattle against police terror and to add to the burning fight for Black Lives. These protests have been multi-faceted and the participants have come from all walks of life to first and foremost declare that Black Lives Matter. These demonstrations have also included attacks against the police, the prison industrial complex as well as gentrification and capitalism. Targets of collective rage and grief for George Floyd have included but not limited to the youth juvenile detention facility, multiple Amazon Go grocery store locations, the King County Correctional Facility, and countless shopfronts of corporations in downtown Seattle. During demonstrations in downtown Seattle on Saturday, police threw flashbang-grenades and sprayed chemical irritants at demonstrators in the early afternoon. Shortly after, 6 police cars were set ablaze in downtown Seattle, and looting spread throughout the downtown shopping corridors, lasting until late in the night. People were heard shouting “Reparations!” while running down the street, arms loaded with goods.

This is by no means an official account of the events that transpired, but rather a transmission from Seattle to the rest of the world: Black Lives Matter. George Floyd Matters. We have all entered a new world of war against the pigs. Get involved. 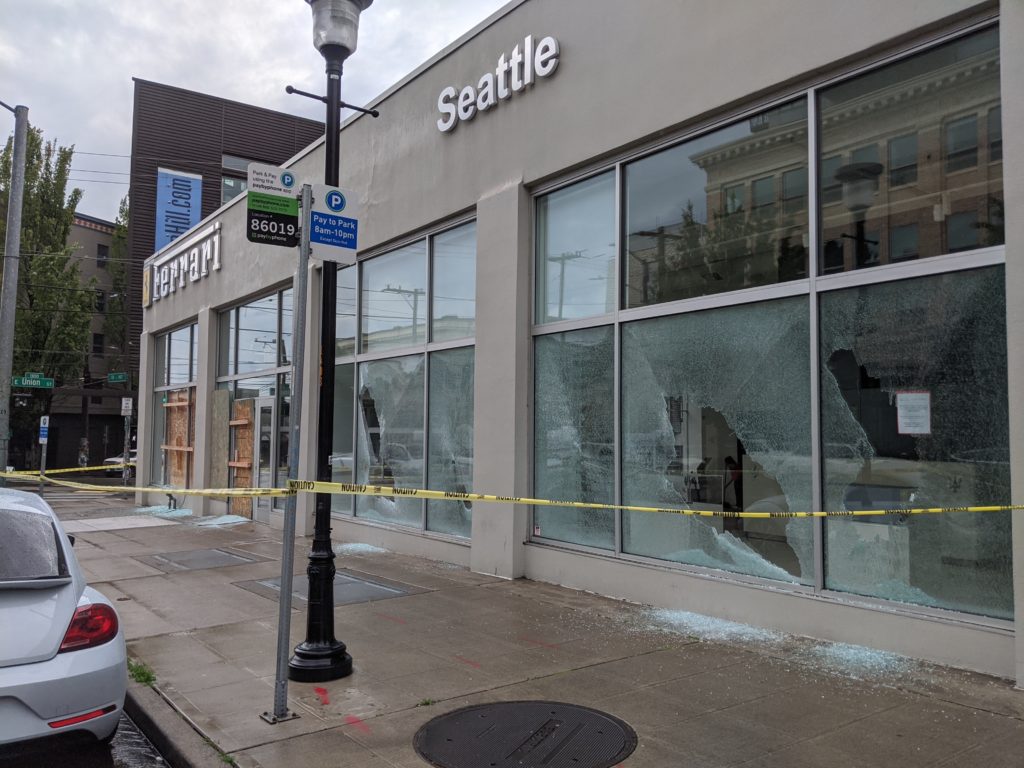