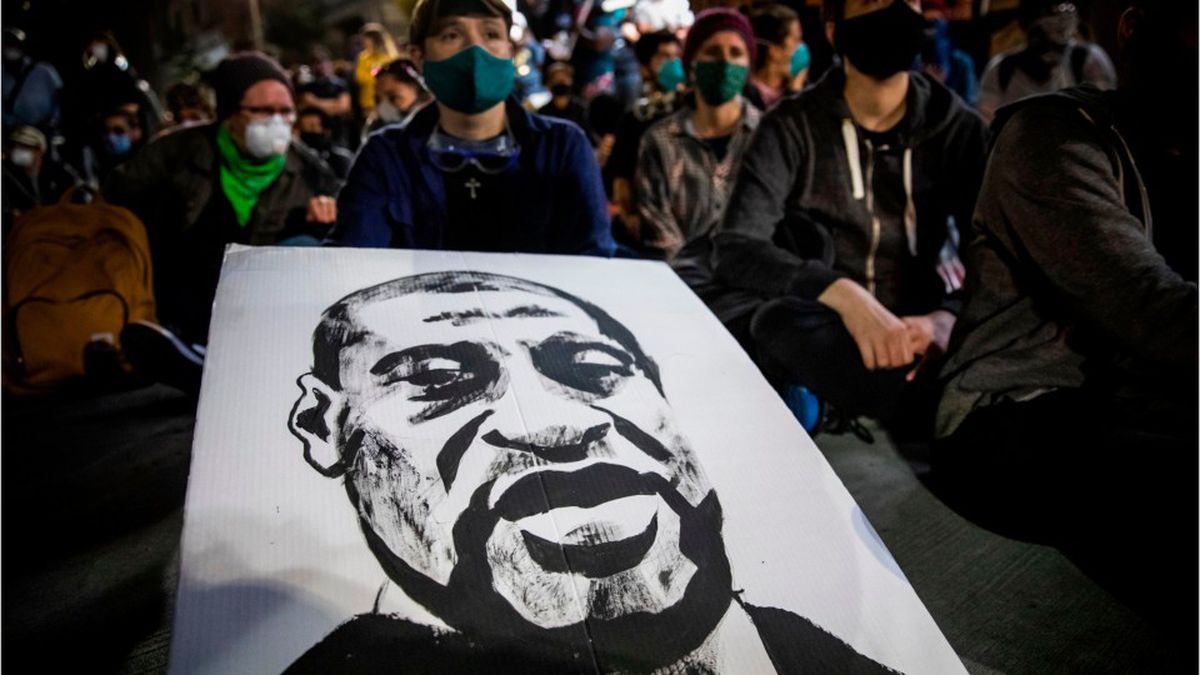 message from a Black Anarchist in Olympia, WA

As I write this, around the country my people are rising up and along side them a wide array of different people who identify our fight as their fight, who identify with our grief and our rage, and they are in the process of tearing down the American plantation. But for my home of Olympia, I cannot say the same thing. I have been disheartened, exhausted, and pissed off by the things I have seen and experienced in the streets of oly this past week, to say the least. What I have seen is a whole lot of people whos reason for being in the streets I cannot make out because their actions have routinely shown their blatant disdain and disregard for black people.

Yesterday (6/4/2020) was probably the worst example of this so it’s the particular situation that I will address, but the things that im about to talk about have been happening all the other days shit has been going on here.

The amount of peace policing and how its been happening has honestly left me feeling incredibly unsafe showing up to these demos. Any time people would do something as mild as starting an anti police chant such as “cops-pigs-mur-der-ers!” a whole bunch of white people would drown people out by shouting “peaceful protest!”. In a horrifying display of doublespeak I on multiple occasions saw people chanting “no justice no peace” and immediately pivot to “peaceful protest!”. Apparently for a lot of yall peace is fine just fine without justice. And even more than that, when people in their rightful rage and grief would try to do anything from yelling at police to catching a tag on one of these gentrifying shops, a whole bunch of loud ass white people would surround and physically block them while chanting “peaceful protest”. Multiple times comrades (and absolutely not just white ones) have had hands put on them by these crackers, while theyre sitting there shouting peaceful protest! We dont call them peace POLICE for nothing.

It really begs the question, why are some of yall out? Yall will put hands on peeople for “peace” but I dont see a single one of these crackers putting hands on police when they harass, beat, kidnap, and kill us. Who’s peace are you preserving? The peace of the killer pigs and the antiblack order they serve?

On top of this run of the mill peace policing last night the march was constantly surrounded and followed around by neo-fascists and “patriot” militias. I saw a lot of white people being buddy buddy with them. At one point they physically defended a fascist who put hands on someone AND THEN GAVE THAT FASCIST THE MEGAPHONE. More and more this seems like a white lives matter crowd than a black lives matter crowd.

And even more, I consistently saw white people talking to and trying to point out people to the police. I saw them shaking hands with the police. I saw them clapping for and thanking the police. The same police who harass us, who beat us, who kill us. The same olympia police department who for years have harassed me and my community, who when the good liberals and PR cameras go away have repeatedly threatened to kill many of us. In the middle of one of the largest black liberation and anti-police revolts of our lifetimes, this is not only unacceptable but these actions are ACTIVELY on the side of the police and on the side of white supremacy.

With all this in mind I was mad. I was furious. I was grieving too because these pigs keep killing us and getting away with it. And just since George Floyd 29 more black people have been murdered, SOME EVEN AT PROTESTS FOR GEORGE FLOYD. So I was pissed. And I was yelling at a lot of these crackers, and none of them could handle black grief, black rage. Continually I was told to calm down. Continually I was told to stop being so aggressive, that I was “bringing bad energy”. Multiple times I told these crackers to shut the fuck up and stop talking to me and continually they just said “im listening, im here for you” while actively not listening and not being here for me.

Most of these people arent out for black lives. They love these protests though and that slogan though because they know they can use us when were dead because we cant talk back when we’re dead. A lot of these self imposed protest leaders love dead black people because they use our corpses to build their brands, build their careers, and cash out on our death. These white liberals love dead black people because it gives them a moment to take the spotlight and publicly self flagellate and pretend to care about black people to assuage their guilt. But when it comes to black people when were still here? We get ignored, silenced, spoken over, pushed out, shouted down, and physically assaulted.

So once again I ask, what the fuck are yall out there for? To defend the police? To defend property? To defend whiteness? Cause yall should black lives matter but your actions say white power. Yall will applaud the “good” peaceful protesting of a bunch of white people sitting around and demonize a 400 years in the making revolt of people who dont want to die. Cause you can talk about ‘violence’ all you want and be scared of it all you want but when I saw the news of the police station on fire in Minneapolis what I heard was the chorus of my people saying WE WANT TO LIVE.

Im pissed, and I will remain pissed, but I will not concede space to these crackers and I ask my community to have peoples fucking backs. To talk to people about why peace policing is not okay. To show the fuck up and shut down these antiblack crackers and to have the backs of black people & people of color when we are being drowned out, pushed out, and attacked by these people.

Im asking yall to show me that “community” actually fucking means something and that you actually care about black people while were hear and that you show the fuck up for black liberation. Because people are revolting for black liberation right now, and its messy and complicated and dangerous. It scares white people and it scares people who have a material interest in this white supremacist order. But if black life means anything to you, then have our fucking backs through this shit.