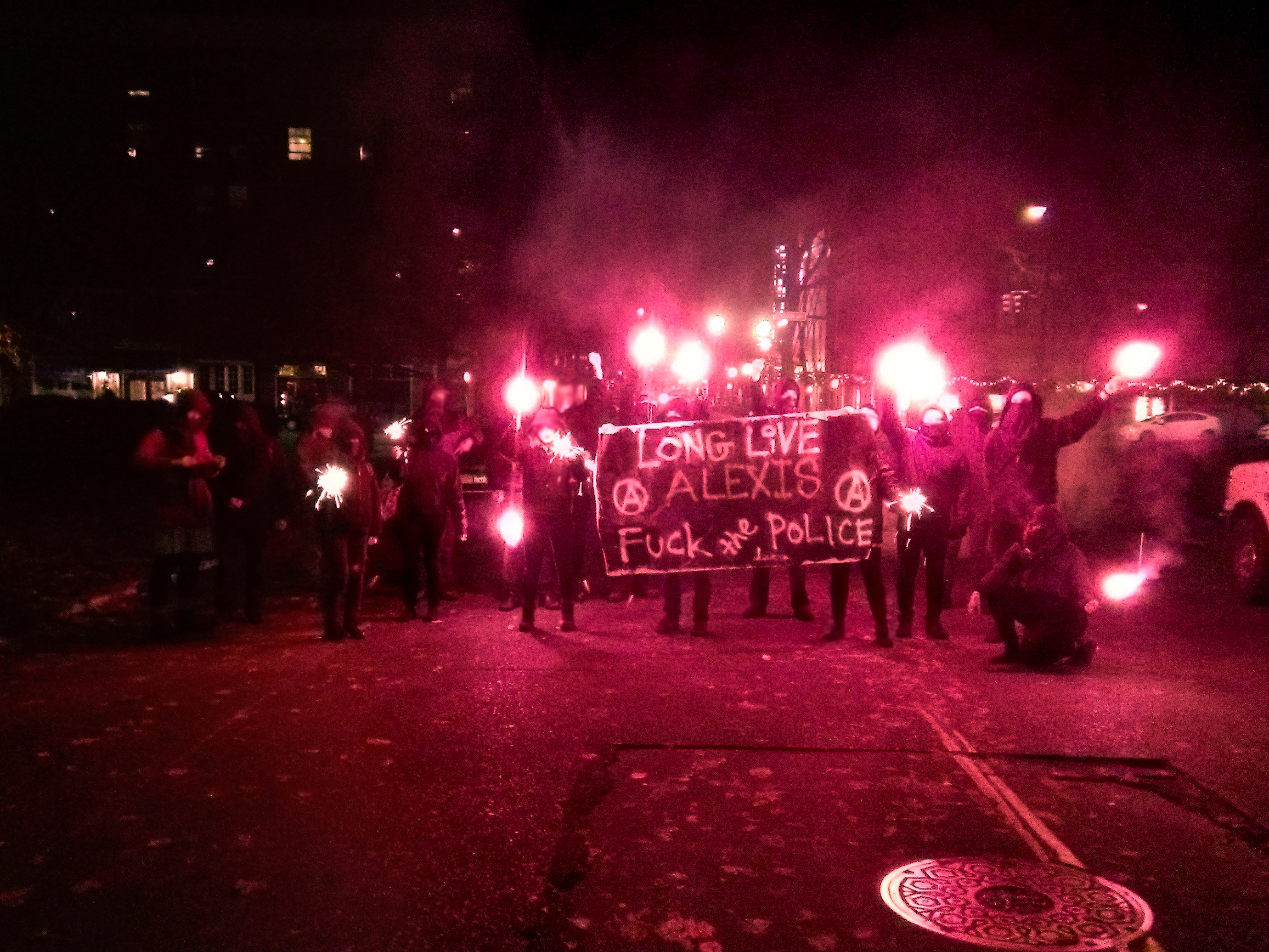 It’s been 10 years since Alexis Grigoropoulos was murdered by the police in Athens, Greece. He was 15 years old. And it has been 10 years since wide swaths of Greek society including many anarchists responded in a historic insurrection, attacking every manifestation of capitalism, police, and the state.

In some ways it feels as though this was just yesterday. The December insurrection opened up new possibilities of revolt and ushered in the contemporary era of struggle. It forms the origin story of the anarchy that many of us first discovered. The December insurrection showed that anything is possible – we just might win this thing. And yet the December insurrection feels like a lifetime ago, a simpler era. Yes, anything is possible, but perhaps not in the way we had hoped. Fascism is seeing a resurgence globally. Climate crisis is accelerating even more quickly than anyone could have imagined. Capitalism and the state continue to chip away at our bodies and minds. But memory is a weapon, and perhaps with the memory of 2008 we can rekindle our rage and action.

The same conditions of austerity, anti-immigrant xenophobia, policing, and the grinding misery of capitalism present themselves in the so-called “United States” as in Greece. While the specifics of our conditions vary depending on location, capitalism is global and therefore so too must be our resistance. Let us draw strength from the memory of Alexis and all those murdered by the police, and let us find inspiration in the Greek rebels’ bold refusal of the dominant order.

This evening we felt inspired by the memory of the Greek revolt and briefly took the street with flairs in hand behind a banner reading “Long Live Alexis — Fuck The Police” when we were done we dumped our flares at the foot of the Olympia city Christmas tree and dispersed.

For a total break with normalcy, for the absolute annihilation of every manifestation of policing.

With love and rage,
Some anarchists in Olympia