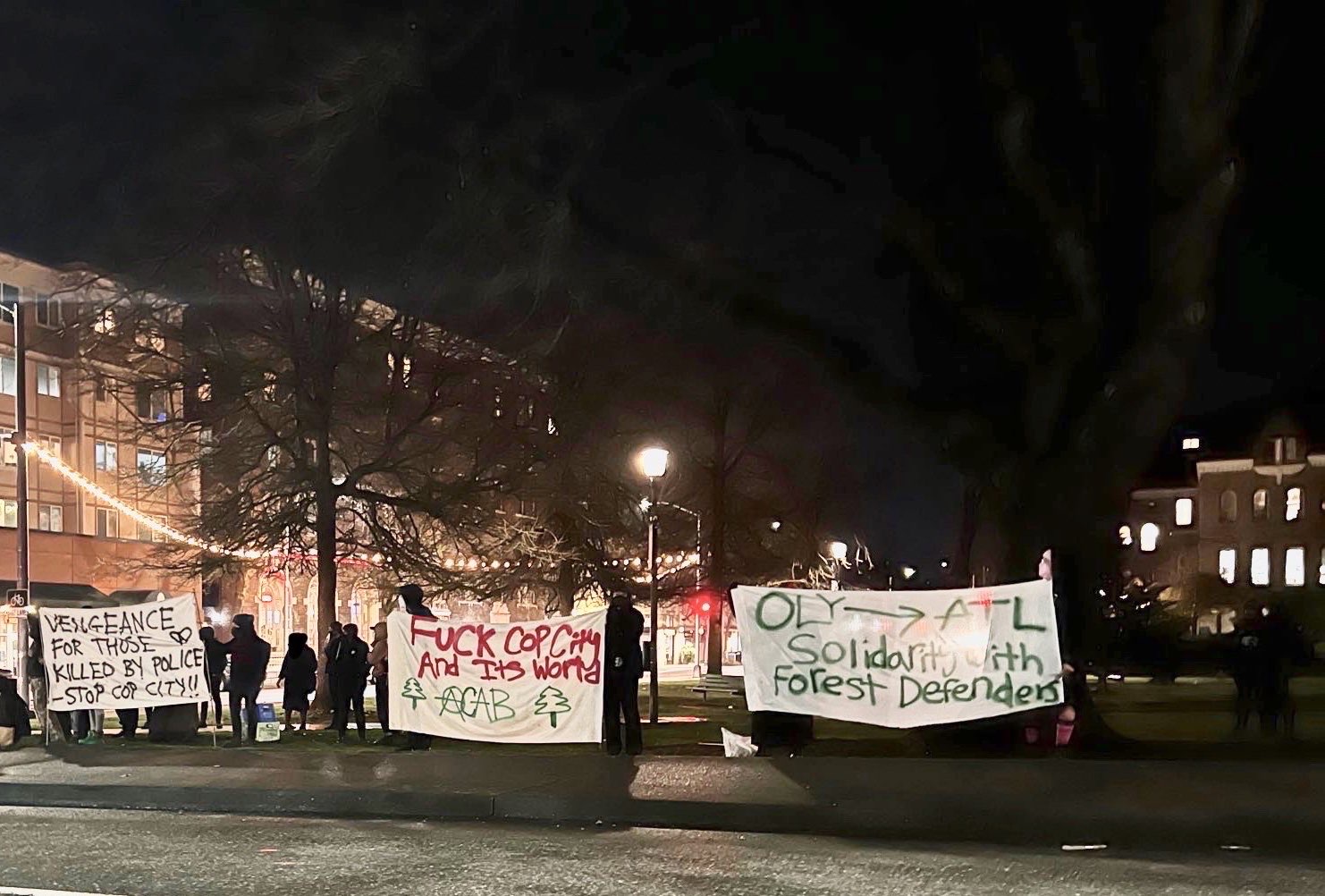 People came out last night for a showing of two short documentaries of the Defend the Atlanta Forest struggle, followed by a vigil in remembrance of Tortuga, a fallen forest defender who was murdered by the police. Their death is the cruel outcome of the cold machinery that makes up Atlanta’s city governance, private interests, and police department.

Supporters of the movement held banners and lit candles, in solidarity with those who fight and our fallen comrade across the country. We know they still fight alongside us now. Their struggle is ours. From Olympia to Atlanta, say it with us: Fuck the police.