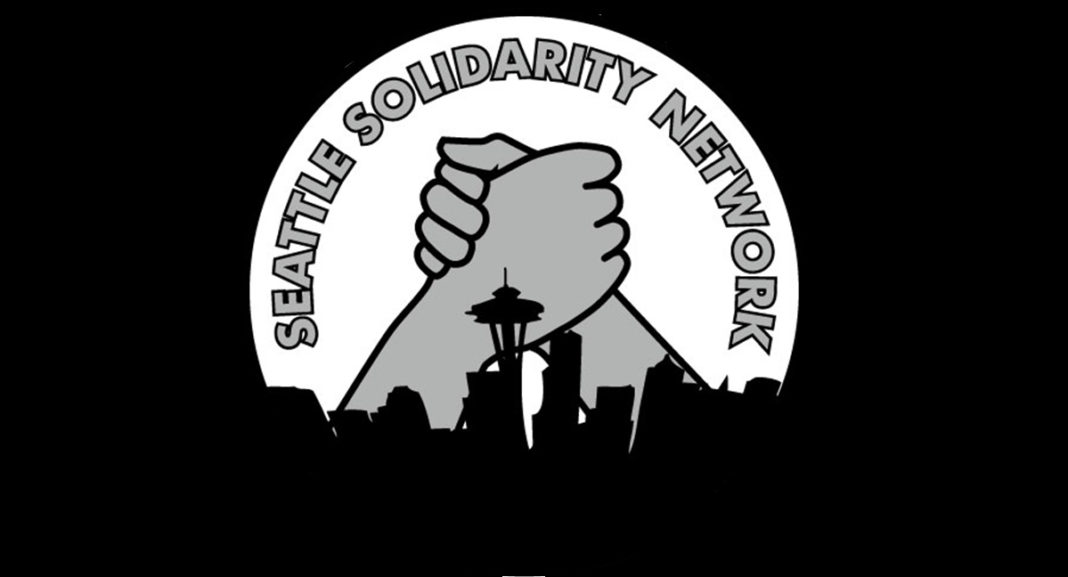 Seattle Solidarity Network, an autonomous, radical, and anti-capitalist organization which uses direct action to fight for the interests of workers and tenants, reports here on a recent fight against a landlord.

In March 2018 SeaSol helped a family defeat an attempt by their landlords to evict them for having a second child. The property management company had established a clear pattern of targeting the family, and had denied a request to move to a larger unit only days before on false claims of damage to their unit.

The family had moved to their current residence in Seatac, Washington in early 2016 while the wife was visibly pregnant with their second child. Throughout their two year tenancy, they had a nearly spotless tenancy record marred only by seemingly targeted warnings later in the period, one for simply hanging a rug out to try a single time on the balcony. During this time the landlord knew fully that they were technically over the unit occupancy limit of two per-bedroom plus one, and in fact had known since move-in.

Several months prior to their eviction notice the family applied for a two-bedroom unit, both to come within the occupancy limit and to simply have more space for their family. When the site manager inspected the unit the family were told it was fine, and they even offered to pay for the minor wear-and-tear. They were therefore surprised when the notice arrived that they had failed the transfer inspection, citing damage that wasn’t real, and even more surprised when they were informed they would be evicted for having too many occupants, something the landlord had known and accepted for two years.

The family then heard of SeaSol and expressed an eagerness to fight back. Due to the short timeframe we were working with and the risk of fighting your landlord as a single tenant, we decided on an unorthodox strategy for the fight. We sent letters to the property manager and the building owners asking them to reconsider the decision and come to the table, with the intention of pursuing a several-months long punishment fight were the family to be evicted. Perhaps motivated by SeaSol’s long record of fighting with workers and tenants, the property manager rescinded the eviction a mere two days after sending the emails and a day after the family had received notice for their now-canceled move-out inspection.

We are thrilled that the family will be able to continue their tenancy. Over the course of the fight, though, a number of further issues have come to light. Stay tuned for more!