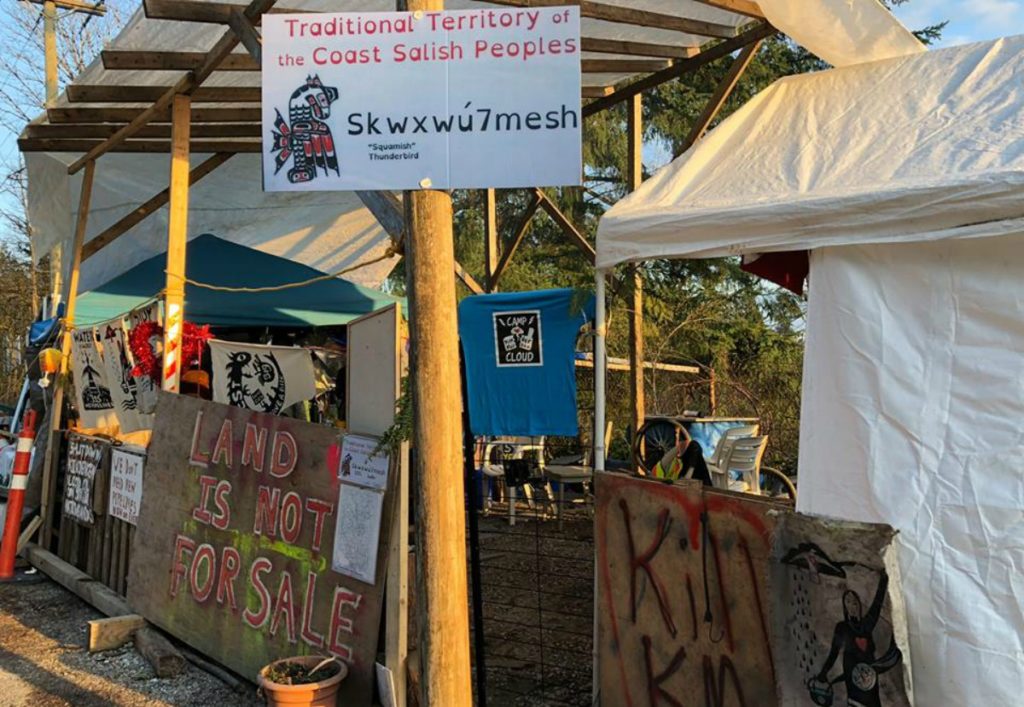 Last weekend in so-called British Columbia, up to ten thousand converged against the construction of a Kinder Morgan pipeline. However, there are also ongoing direct action campaigns on the ground, such as Camp Cloud and the Tiny House Warriors. What follows is an update from Camp Cloud and a call for support.

Anti-pipeline activists have parked a small camper at the corner of Shellmont Street and Underhill Avenue in North Burnaby to keep an eye on Kinder Morgan.

The group – a “grassroots” movement not associated with any organization – is protesting the $7.4-billion Trans Mountain pipeline expansion project, which has faced fierce opposition from First Nations groups, the City of Burnaby and the B.C. government.

In recent days, Camp Cloud has stated that they have received increased harassment form the police to leave the area, and cutting of trees has begun. Water protectors have responded by stating that they need support and “boots on the ground.”

We have started building a women’s and children’s cabin for safe warm secure surveillance of km being shut down and the black snakes head being cut off for good..the foundations have been poured and we are calling for builders to come out and work on the cabin ASAP..That is the good news…the bad news is that Kinder Morgan has started to secure there proposed drill site with fences and a huge machine to continue ripping the trees out of the land clearing the site for the drill to come and drill 3 pipelines ripped through no consent from the coast Salish people’s ..This is a call out for boots on the ground around the km tank farm before they get to the point of no return..

They also posted this video with more information