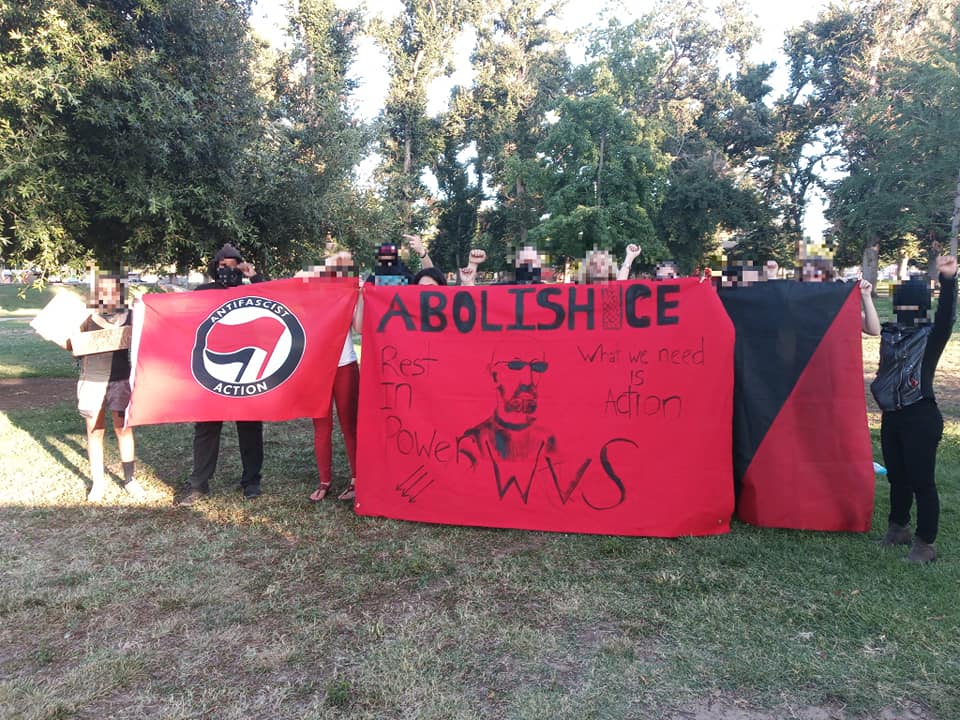 From Facebook
Today in Sacramento, anti fascists from the Sacramento, CA community were asked by the Tacoma, WA community to participate in a solidarity action with our fallen comrade, Willem Von Spronsen. WVS was a Tacoma comrade who had enough with inaction and took it upon himself to sabotage ICE transportation vans a few days ago. The police executed him on sight.

Tonight’s banner drop was successful, lasting over 2 hours on the 99 HW during traffic hour. Anti fascists were met with cheers and insults. One individual in a Fed Ex uniform, who identified himself as a Trump supporter, arrived at the 2 hour mark and attacked our comrades on the overpass. He said he was upset that the media was slandering Trump as a racist today, and when he saw our banner, he had enough.

The Fed Ex worker in question broke one comrades phone and assaulted another one. He was never harmed. Before leaving, he threatened the anti fascists by saying he was going to get his gun from his car. The situation was de escalated and he was escorted to his vehicle where folks watched him leave.

Due to the circumstances, folks skipped the planned vigil and convened elsewhere for a photo op before returning to their families.

We are well aware of the extremist violence that is caused by white supremacy as a whole, and the effect the Trump administration has as a whole in adding vitriol to this condition of our society. Together as a community, we can stand against these bad actors for a better world.

We are asking folks from our community to help us identify the violent individual who attacked these comrades tonight and threatened to shoot them all. We will have more footage soon when we can pull the video from the broken phone.