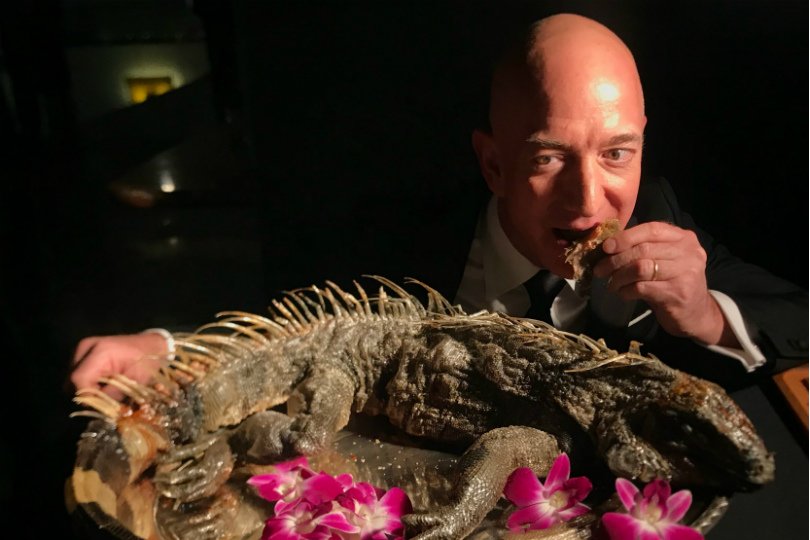 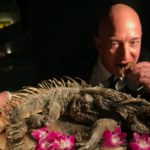 [This piece has been edited  based on a resubmission with a note from its anonymous author: Intially this piece characterized the group that called for the event in an unfair way labling them as “seemingly Marxist-Leninist(Stalinist)” a view that was reinforced by self-described MLs at the action. It has come to my attention that this characterization, along with others, upset some comrades as a mischaracterization of the groups broader antiauthoritarian leftist composition. I think it’s important not to let grudges or past conflict overly cloud one’s engagment with ongoing activity. To shit-talk a group or individuals based on assumption and not an actual lived engagement is something that is not uncommon in other recent anarchist communiques. Of course this is at least a three-way-fight and differences with certain Stalinists cannot be resovled, but what matters more for me, even as an insurrectionary anarchist, than getting a dig in on Libertarian Municipalists (whose tendancy has traditionally done everything its could to deride informalist currents) or the odd rank-and-file Marxist-Leninist is what we can do together and finding ways to build autonomous power in fundamental conflict with the state and capital. If my analysis doesn’t excite comrades with shared affinity to continue to fight against the state and capital and instead leaves people feeling bummed or belittled by some “older anarchists” then it is a failure. My intent was to further bring together some disperate currents of comrades often split between those who are somewhat new to the scene and the existing anarchist movement in the Pacific Northwest, I hope this attempt didn’t backfire. I encourage other anarchists with a different perspective than my own to submit their own analysis of these events and take me to task if it is warranted.]

On November 23rd a black bloc of about 20 anti-capitalists gathered at Westlake park from there marched on the Amazon Spheres. The following is personal account and analysis from the perspective of an anarchist outside of the core groups that called for the action.

I didn’t know what to expect going into this action aside from awkwardness. An awkwardness compounded by the starting location. Westlake is very inhospitable terrain for actions in general especially black bloc actions. There are cameras everywhere; in the alleys, in front of all the stores, at restroom entrances and so on which makes best-practices blocing and deblocing more difficult. If you arrive at a place and have to bloc up in a huddle, alley, or restroom and someones filming it’s pretty easy to tell the person in bloc that came out is the same one that went in which is a good way to get doxxed or catch charges. Also, the police have had decades of training and preparation to understand best how to control the space. The streets in the area are easily blocked by the police and there are little places to escape down. This coupled with added baggage of traumatic events there also means its harder to get people to go to events there that aren’t larger and broader solidarity rallies. If that wasn’t awkward enough the event had been called for by a group online with very little presence. Despite being uncertain about the group that initially called for the action the event was also plugged by the Seattle Division of the Youth Liberation Front which meant at least a few good encounters were probable and honestly this was enough to get us out the door.

When we got there we waited around the corner and bloc’d up timing it just right so we would arrive at the park at 11am sharp. We have learned through our years of experience that it is better to arrive all at once and together. Not out of some work ethic or politeness, but out of an understanding that early stragglers can get picked off and late comrades can turn those on time into early stragglers. After looking around a bit we noticed the group also in bloc tucked away behind some tents and joined them.

The planing was done on the ground as some others gave interviews to sympathetic media. It was clear we were all here to find others to act together with. To build our autonomous power against capital and its hell-world. It was still awkward, but reality always is. After not being in the streets one can forget how messy everything is. These fires never burn clean.

Eventually, after waiting for more to show up, we started off towards the Amazon Spheres. We chose the sidewalks as the police were looking for reasons to fuck with us. I am of the opinion that taking the streets when it’s riskier is an important part of normalizing such activity, but we were able to maintain conflictuality in other ways. When bike cops blocked our path we out maneuvered by heading down the next street over and then heading back and cutting through a parking lot. All the while people were cussing at the police and chanting “All Cops Are Bastards! ACAB!”

There were other chants targeted at the rich, at Amazon/Bezos, at capitalism, and so on as well. People were having fun making up chants on the spot. Houseless comrades we encountered often joined in giving and extra “Yeah fuck Amazons!” or “Fuck 12!”

Once we arrived at the spheres we chanted some more. A comrade handed out copies of Inhabit and people began giving impromptu speeches. It was honestly beautiful to see people finding the confidence behind a mask to say how they really feel and start to form their own analysis of the ruling order. There’s was a mix of some leftist, Bookchinite, anarchist, socialist, and very online content in the signs and chants. Eventually people began soft-blockading the entrances to the spheres. Quite a few people were let through as folks didn’t feel like getting arrested for charges related to physical contact, but many others were scared away and those who went in had to wade through the bloc. A security guard who looked like a mini-Bezos was laughed off when he asked us not to block the entrance. The rich assholes around seemed very uncomfortable. There were also a couple of encounters with reactionary men who were working on construction sites in the area. One made some comment about masks being for cowards and was met with a chant of “OK Boomer” from the youth. Another construction worker walked by in a skill mask with an American flag Punisher logo on his helmet and said some hostile shit and was accosted till he left. It was surreal or rather all too real feeling watching rich people walk by and workers go about landscaping as we shouted into the urban desert at the towers and orbs of avarice. It was a mix of feeling weak and powerful all at once. It was a mix of feeling alienated and together. At times I felt alone in the crowd and my stomach sank, but at others the petty acts of disruption or genuine moments of engagement with each other or passersby were a joy. Eventually that security guard locked the doors as the cops moved in which may have been a prelude to arrests. Feeling like evading the police rather than clashing with them we took off.

Joyous chants continued and better bloc pacing was established as we made our way back to Westlake. Once there people made plans to debloc safely and we went our separate ways.

It was a somewhat insular action true, but it showed that there is are means and willingness. It could very well be a harbinger of a return of anarchist street actions in Seattle. Rich people were made uncomfortable, reactionary men were humiliated, and people found some disruptive and bonding power together. Attention was paid to surveillance, maneuvers, risk, and had a generally good situational awareness. The process of figuring out what to do was a little rusty, but it all worked out. Some more foreheads could have been covered in the bloc, some less recognizable shoes worn, etc but I’ll save such critiques of another day. I’m glad we showed up despite feeling uncomfortable, acting with care is of course a desirable trait, but we must also make sure we are not paralyzed into in action and isolation due to overzealous caution.

As the opulent towers rise so do rents. More and more people are pushed out of the city or out of their homes into the streets. No simply electoral or legislative campaign can effectively resist the onslaught of development and corporate maneuvering. It’s going to take an eruption of autonomous activity to fight off the hell-world and find what remains of the possibility of a life worth living. The disaffected already know capitalism is shit we don’t need to make them aware of that. Perhaps some need the horrors of the abode of production revealed to them, but for many it is already viscerally evident. Our time would be better spent finding the revolt against the ruling order already happening everywhere and joining with it. Adding our unique affects into the agitated desires trying to break free. Our energy could be put towards spreading methods of autonomous direct struggle against the state and capital. We can find ourselves within the insurrectionary body already animated all over the world and locally begin to find each other. Whether it’s the proletariat or friends coming together let’s build our power and disrupt the logistics of our enemies.

Everything for everyone!
Eat Jeff Bezos!

See you in the streets,
some anarchist