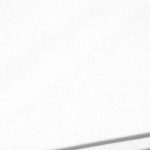 On April 20th of this year, Wil Floyd was stopped in the Denver airport and questioned about his involvement in the Seattle anti-capitalist march on May 1st 2016. During that stop the FBI questioned and collected fingerprints and DNA from Wil. Three days before May Day this year Wil was arrested at a residence in Wisconsin and charged with one count of unlawful possession of a destructive device after allegedly throwing a molotov cocktail at police on May Day 2016. News articles that were released soon after Wil’s arrest said that FBI Joint Terrorism Task Force Investigator Mike Baldino told the Seattle Times that Wil had cooperated with their investigation by admitting that he had manufactured and later thrown unlit Molotov cocktails on May 1st 2016.

Puget Sound Prisoner Support became aware of Wil’s stop and arrest when he was taken into custody, and since then we have been trying to get more information on the nature of his self-incrimination and his conversations with the FBI in an attempt to ascertain if we would be able to offer him support. Unfortunately, We have recently learned that Wil has given information to the FBI about people other than himself. The fine details of this information are not clear, but since his initial questioning, Wil confided in at least one person that he has given information about other individuals in relation to his case. Whether this information was directly or indirectly incriminating, we don’t know. And everyone who was spoken of that we know of has been told of this fact.

This information might have come at the end of a long interrogation process, or because he thought he could outwit the investigators, or for any number of common reasons that people mistakenly implicate others. Regardless of the reason, giving information about others to law enforcement makes our communities less safe and has the potential to seriously endanger both the specific individuals who were named and the broader community. For this reason, we are forced to publicly state that we will not be supporting Wil through his legal process, and we want those we work with and our broader communities to understand why.

Who is Puget Sound Prisoner Support?

You probably haven’t heard of us unless we’ve met you at court after a demo or protest in the Seattle area within the last few years. We are an ad hoc group of friends that informally come together based on need. We’re not lawyers, paralegals, law students or professionals of any kind. Our knowledge and understanding of the legal system is based on experience from doing support for arrestees and being the arrestees in the past. There is no NGO or non-profit paying us to be in court, therefore we’re not responsible to anyone but ourselves and those we are supporting.

We offer support to people facing charges, their families, and their crew in a handful of different ways. We can help provide you with physical support at your court dates; we’ll show up, and promote it as far as you want to get other people to show up as well. We can also provide money for bail or commissary; sometimes we throw benefits or fundraisers to help people pay their legal fees. We can also offer useful information on court proceedings for you and your crew; we aren’t lawyers, but we do know some and we can put you in touch with them. Need a ride to court? We can try and get that taken care of also, along with other direct material needs.

We’re all anarchists, but you don’t need to be for us to support you. All you need is to adhere to some basic ideas of solidarity. We don’t support people who cooperate with the prosecution, either through directly incriminating others or indirectly through giving information they deem is “unimportant” to an investigation. Our support is not based on a person’s innocence or guilt, but our intention is to keep everyone as safe as and as free as possible. We don’t support people who have conversations with the prosecutor or DA’s office. We don’t support people who provide other people’s names to the police, the state or the media. Those who talk about other people help create more repression in the long run and we believe it is an important to set a precedent that that those who aid in the state’s repressive efforts do not receive support.

Suffice to say, the main ideas are: *Don’t agree to speak to them or answer even simple questions. *Request the presence of a/your lawyer immediately if you are taken into custody *If you are free to leave, do so. *Do not lie in an attempt to outsmart them, their job is to get information from you and they are very good at what they do. Also lying to an FBI Agent is a federal crime. *Lawyer up and contact your comrades and friends immediately, we are all safer knowing what kind of agents are lurking around.

If you have been contacted by the FBI/JTTF/SPD please let us know and we will try and find you appropriate legal help and aid you in navigating that process. [email protected]