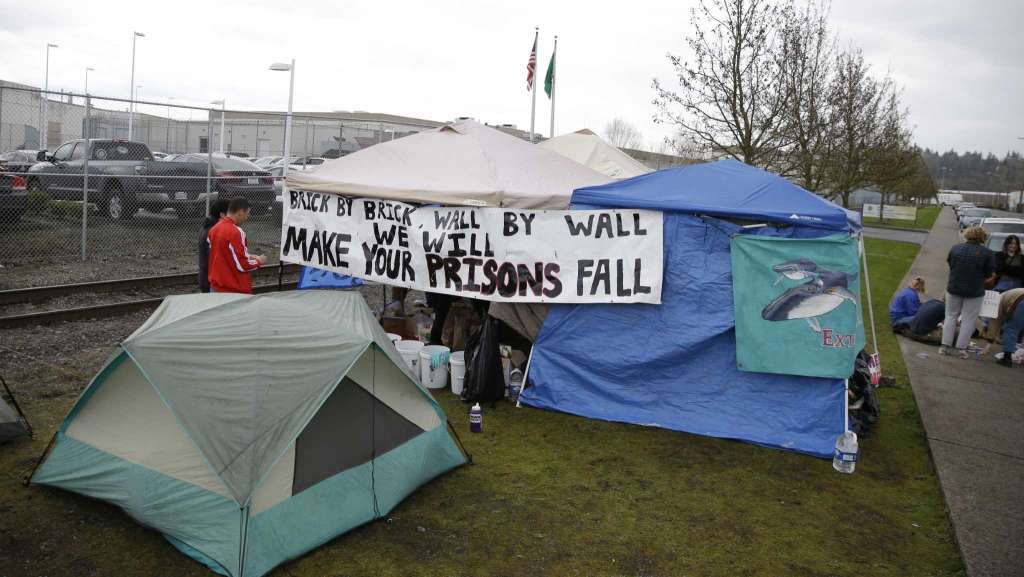 A new group of immigrants have joined a hunger strike at the Northwest Detention Center, run by the private corporation GEO Group (GEO). In addition to the hunger strike, immigrants detained at NWDC are boycotting the company store (commissary) to protest unfair prices and lack of nutritional food.

On Tuesday, April 18, the women’s section of the Northwest Detention Center began a hunger strike to protest GEO and Immigration and Customs Enforcement’s (ICE) failure to improve the conditions to meet basic living standards. This follows a protest that began on April 10, 2017 when up to 750 people spent a week on hunger strike. While GEO promised to change the food menu to meet basic nutritional needs and lower commissary prices, it has failed to do so.

Detention conditions have worsened under the Trump administration, triggering this latest strike. Trump has staffed his deportation force with openly anti-immigrant officials with links to white supremacist organizations, leaving people detained with little choice but to put their bodies on the line to fight for their basic dignity. Attorney General Jeff Session’s newly released memorandum calling for increased prosecutions of immigrants and their supporters, combined with a roll-out where he referred to immigrants as “filth,” highlights the continued need for local resistance to the federal deportation and detention dragnet. 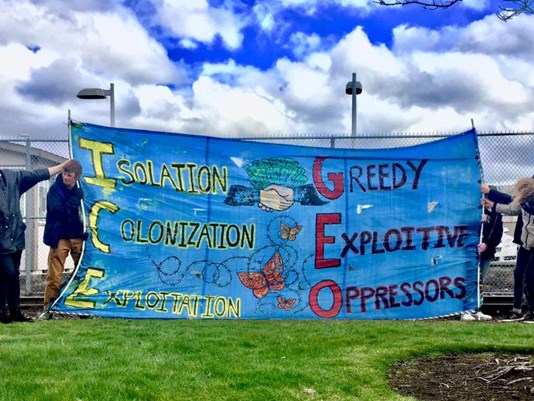 ·      Improve hygiene, including providing clean clothing and the ability to wash clothes in soap and water.

·      Make educational and other programs available to allow long-term detainees to continue learning.

·      Increase wages for working detainees from the current rate of $1 per day.

·      Help speed up the legal process for detainees. Many are held for weeks before they even have an initial hearing to review their charges.

·      Provide contact visits, so parents can hug their children.

We need your support: Join us at the encampment outside the Northwest Detention Center to show GEO and ICE that people who are detained are not invisible, and tell the people detained that we support their calls for justice. We will have an encampment 24/7 as the strike continues.

Call the City of Tacoma and ICE

Call the City of Tacoma’s Finance Department and urge them to revoke GEO’s Business License. In a March 2017 letter to GEO, Mayor Strickland noted that the City of Tacoma can revoke GEO’s business license if it is a “danger to the public health, safety and welfare of the individuals [detained] as well as the community as a whole.”

Call ICE and demand that 1) they meet the Hunger Strikers Demands and 2) GEO not retaliate against hunger strikers. We have reports that strikers have been threatened with transfer to facilities away from their loved ones as punishment for engaging in protest.