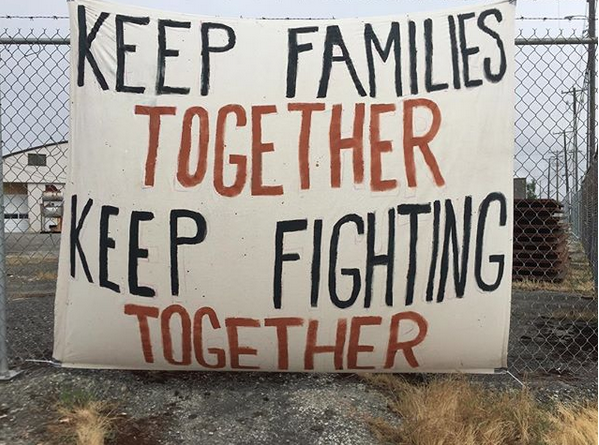 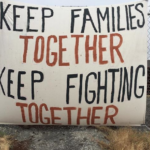 A growing encampment has established itself at the Northwest Detention Center immigration prison in Tacoma. People have been camping out for several nights now, sharing food, making friends, and building capacity toward abolishing ICE and ending the violent horror of borders. There is free food, a badminton net, free literature, engaging conversation, and lots more. Every day at 9am and 9pm is a family-friendly noise demo for the prisoners inside, and there’s lots of room for other forms of solidarity and resistance as well.

The Northwest Detention Center, operated by multi-national private prison company Geo Group, is one of the largest immigration prisons in the country. Immigrants from all over the United States are shipped to Tacoma and held there awaiting deportation. Since long before Trump’s zero-tolerance policy, prisoners at the NWDC have engaged in hunger strikes and other forms of resistance to incarceration and borders.

Please join us at the occupation in Tacoma. Bring your tent and camping gear, fun activities, and ideas for resistance. Other useful items include kitchen gear, trucks, pallets, cordless tools, and tarps.

If you can’t make it to Tacoma there are plenty of other ways to disrupt the deportation machine, and all of them are needed. All it takes is some creativity and courage.