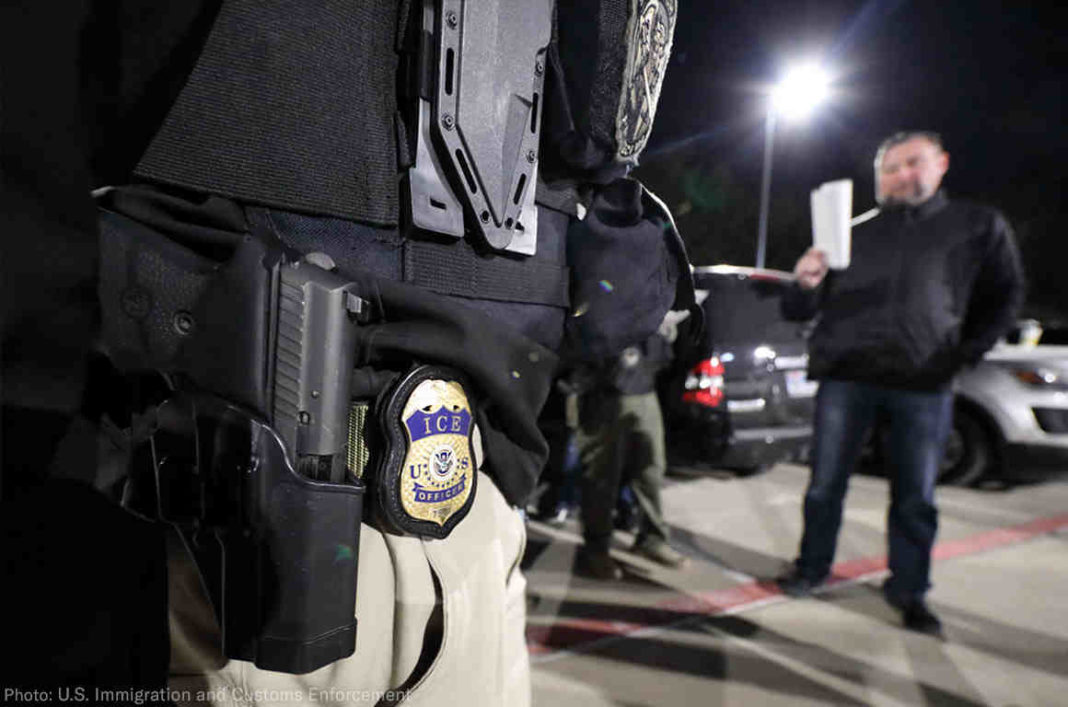 We take the movement to the doorsteps of the ICE family separators. When ICE deports a parent from a household, it often destroys the family structure by the shock of losing a parent to prison and eventual deportation. The remaining family loses not only a loved one, but an emotional and economic provider. In many cases, the family may never reunite.

For this reason, we will not allow ICE family separators to rest comfortably in their homes enjoying their family’s presence. Their job is to kick people out of the country and destroy countless amounts of lives in the process. La Migra (ICE) operatives are only subjected to a minor inconvenience being exposed to their neighbors while we make noise in their neighborhood in comparison to their mission of destruction, detention and deportation.

While in detention, people are subject to lack of adequate medical care, sexual harassment and abuse from prison guards, outbreaks of illnesses and even death in some cases. It is important for the neighbors of Migra agents to know who is living among them, particularly if there are undocumented immigrants in the area. If your neighbor wanted to destroy your life and kick you out of the country, wouldn’t you want to know? Just as ICE harasses people in their homes and does not allow people to rest comfortably with loved ones, let us return the same unwanted attention right to their doorstep.

We will stop these home demonstrations immediately as soon as the inhumane practice of deportation end. Chinga La Migra.

Home Demonstration in Renton, WA: On July 22nd, about 20 protesters marched through the neighborhood of William Penaloza, before holding a noise demo in front of Penaloza’s home. Penaloza holds the position of Assistant Field Office Director (Detention) at the Seattle ICE Field Office.

During the march and noise demo, informational leaflets were distributed to about 60 neighboring homes in the neighborhood. Protesters played a trombone, drum and harmonica at the demonstration while others shouted chants, such as “William Penaloza: ICE agent scum!” and “Abolish ICE, Chinga La Migra!” The protest concluded after approximately 45 minutes.

Early Morning Noise Demonstration in Renton, WA: Days before the Renton home demonstration, some individuals made a wake up call William Penaloza and his neighbors at 3AM. Flyers detailing his exploits were distributed around the neighborhood and N.W.A.’s “Fuck the Police” was blasted on a P.A. system to alert everyone of the scum that lives among them.

While these protests in and of themselves are insufficient for the abolition of ICE or related state apparatuses, they fill an important gap in the tactical repertoire of the insurgent Abolish ICE movement.

As historical experience shows, the state only relents in its cruelty when it’s functions are sufficiently disrupted. Occupations, street demonstrations, blockades and home demos are all crucial elements to a direct action-based strategy against ICE.

We encourage people to resist ICE and its operations wherever and however possible. ICE and DHS may seem like megaliths in the U.S. police state, but there will always be cracks in their systems and we must seize these opportunities whenever necessary to further push for their abolition.