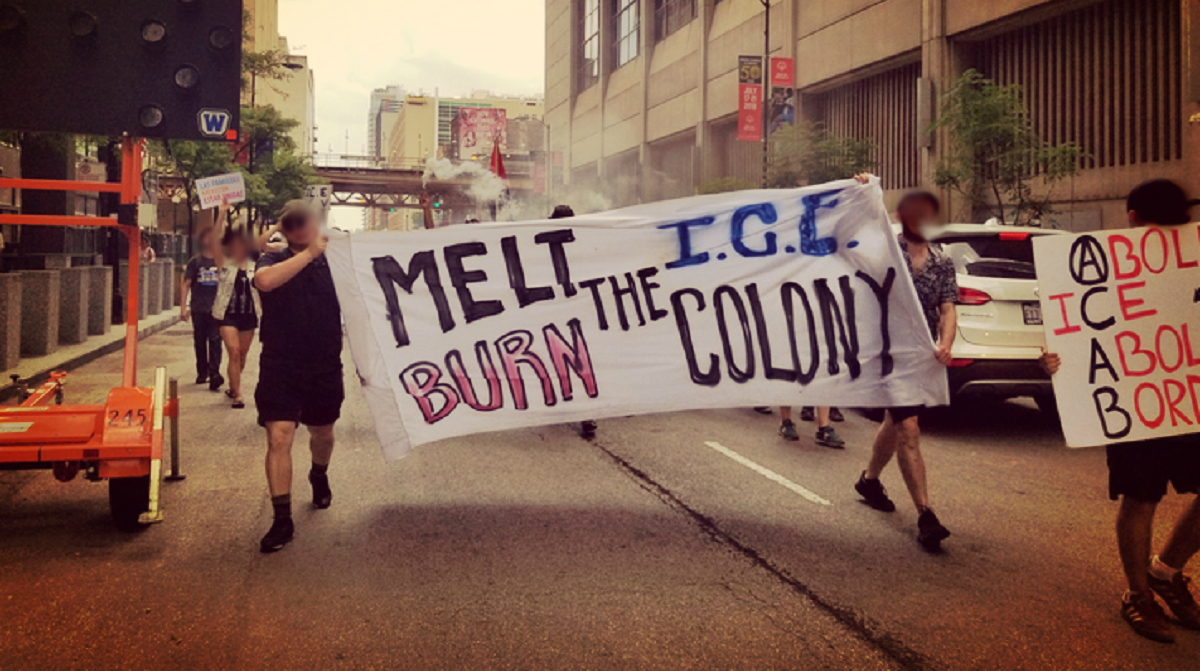 Welcome, to This Is America, July 2nd, 2018. The original post includes headlines from across the frontlines against ICE and an anti-fascist demonstration in Montreal. Only the content in relation to events in the Pacific Northwest has been reproduced below. For the full article, follow the link above.

In Portland, Oregon, the encampment continues, as ICE and DHS agents have busiest themselves in refortifying their building with metal fencing and continued to block the street in front of the building. Meanwhile outside, the occupation continues unabated, with those involved in the encampment are currently asking for a steady stream of supplies, flags, and other items.

In Tacoma, Washington, the occupation outside of the Northwest Detention Center has started up again after a large rally on July 1st. Currently, daily noise demonstrations are happening at 9 AM and 9 PM. Police and city officials have continued to wage a campaign of harassment against the encampment, but people continue to gather on site and hold assembly meetings. Supplies and people are still needed.

On the same day in Portland, Oregon, far-Right candidate for Senate (in a different state) Joey Gibson, returned to Portland where in early June he and his cronies in Patriot Prayer and the Proud Boys had been literally driven out of the city by large crowds of counter-demonstrators. Soon after, Patriot Prayer had another weak showing at a protest outside of Planned Parenthood, and weeks later, Patriot Prayer members were found beating random people on the street.

In response, Gibson pushed for far-Right, Patriot, and Proud Boy groups to converge in Portland from across the country, even going so far as to pay for several school buses. Joey had also chosen to rally in a Federal Park, allowing him protection from DHS agents. Despite all this, Patriot Prayer brought out less numbers than those that cae out from the surrounding area to confront them. Moreover, even though the DHS did their best to protect them, they still were not able to march, and quickly found themselves back on their bus, headed home.

Gibson was hoping for a crushing victory, to amass a huge amount of fighters from across the country in one place in order to smash antifa of the streets and demoralize people. Instead, people walked away from a hard one victory of stopping the fascist march as the media ran a variety of articles noting the rampant violence coming from Patriot Prayer, their connections to neo-Nazis, and the protection they revived at the hands of DHS.

Wanting to know more about what all went down in Portland, we were able to catch up and speak with Shane Burley, an antifascist author who covered the demonstrations that day.

That is going to do it for us tonight, until next time!