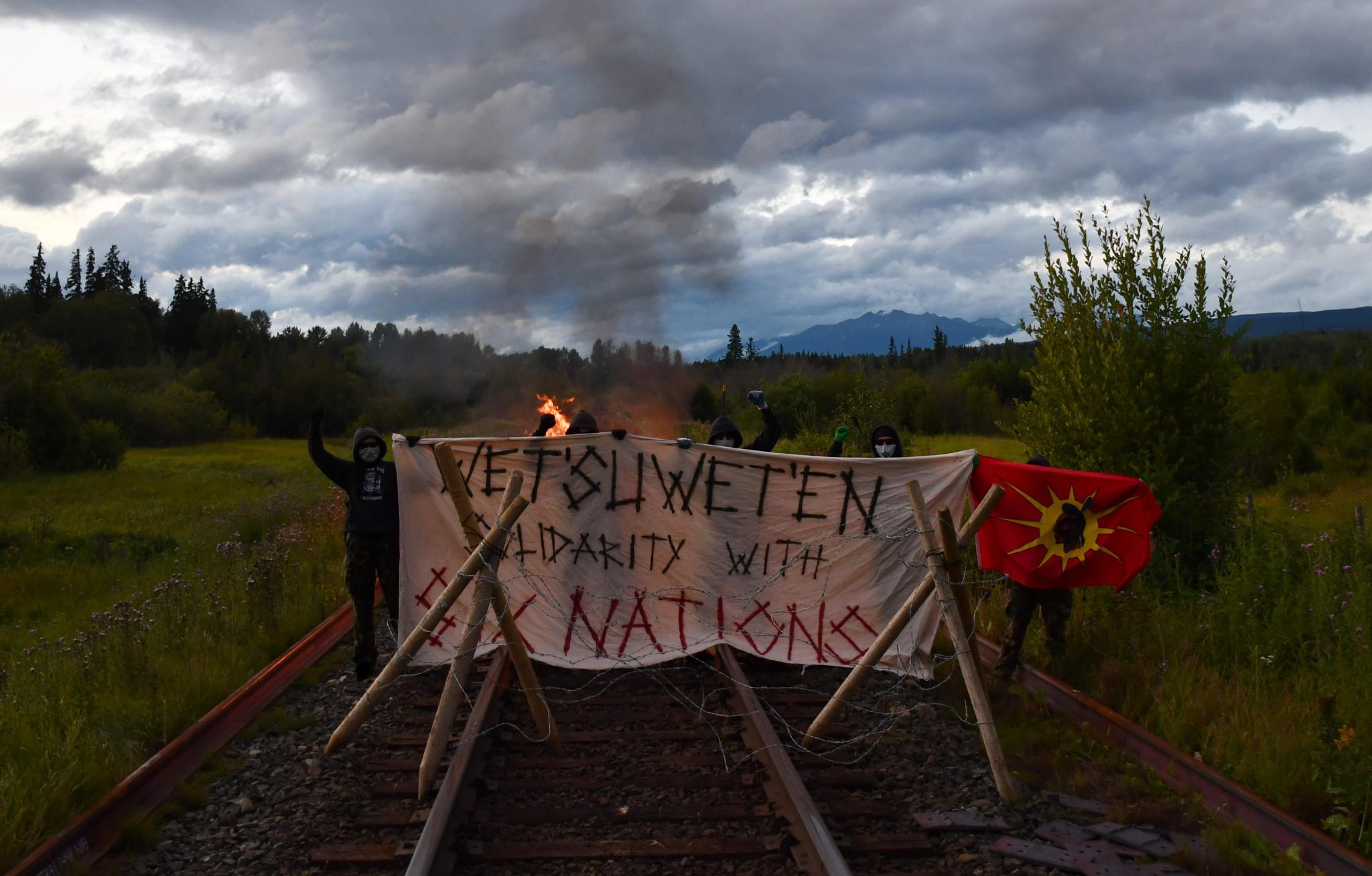 Last night, a group of Wet’suwet’en barricaded and set fire to the train tracks trespassing on our territory in an act of solidarity with the Mohawks of Six Nations. We are all sovereign peoples and an attack on the Mohawk is an attack on all of us. As Indigenous people we must act collectively against the ongoing genocide of our lands and people. State violence against us will no longer be tolerated and will generate backlash across so called Canada from now on. Indigenous actions are actions made in self defense in the face of genocide. We demand that the OPP stand down and that the Police do not escalate conflicts with Indigenous Peoples. We will not give up until liberation of our lands and people is achieved.