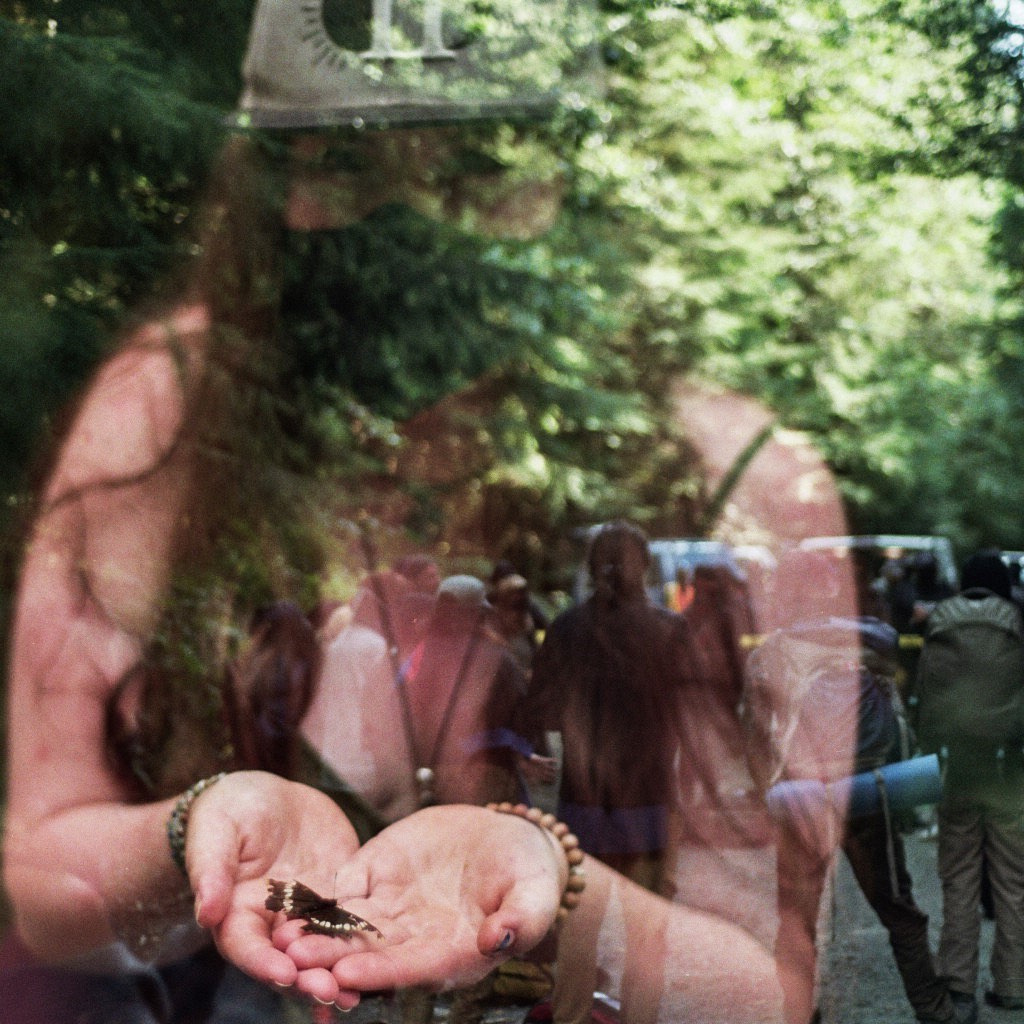 Creeker is a grassroots, anti-authoritarian zine series that aims to bring depth, variety, critique and continuity to the ongoing process of reflecting on the Ada’itsx/Fairy Creek blockade and related efforts. It is intended for creekers themselves, land defenders elsewhere, and the land defenders yet to come.

Last summer on so-called Vancouver Island, thousands of people moved through a de-facto autonomous zone spanning multiple watersheds. A constellation of struggle burned bright, welcoming into its fold a new generation of land defenders. We cannot begin to fathom the amount of stories of collective and individual experience that have piled up, but we also recognize how sleep deprivation, trauma loops, burnout, and the shock of returning to society can preoccupy our minds.

In response to an open invitation to contribute to this zine project, many have shared some of what they have begun to process. Creeker Vol 1 and Vol 2 include art, analysis, photography, history, personal reflection and poetry that were anonymously sourced from participants at the blockade.

Creeker Vol 2 expands on some of the themes of Vol 1 with eloquent and hard-hitting writing exploring the dynamics of autonomous forest defense in conflict with recuperative tendencies at Fairy Creek, and the ever-present treachery of environmental NGOs and the non profit industrial complex. Vol 2 also begins to revive vital histories of radical, uncontrollable resistance in the nearby Kax:iks/Walbran and Elaho Valleys, helping to bridge emerging generation gaps caused in part by decades of pacifist liberal whitewashing.

The Creeker Companion zines are curated to complement the Creeker zines with material that’s relevant to Ada’itsx and similar movements, but much broader in scope. Companion Vol 1 and Vol 2 both explore topics such as movement history, state repression, and thoughtfully critical approaches to identity politics. Vol 1 features mostly longer form pieces, while Vol 2 samples briefly from various material including essays, poetry, communiques and more, joined together with a playfully insurrectionary vibe.

Both Creeker and the Creeker Companion may be of interest to anarchists and land defenders in general.