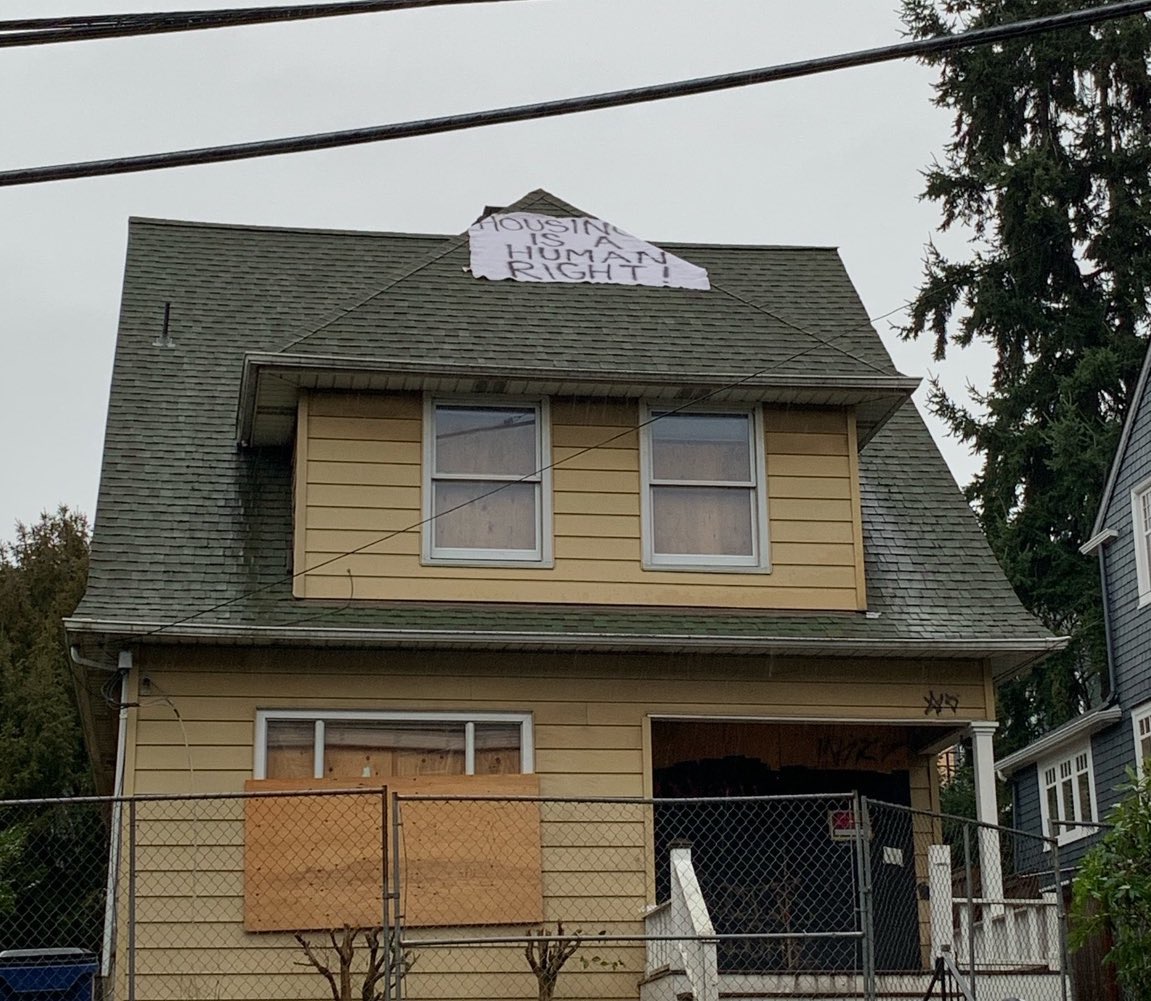 Activists from Cal Anderson Community occupy vacant building while facing sweep; demand a stop to sweeps and housing for all

Facing an eviction notice for 7:30 am Wednesday morning, dozens of housed and unhoused activists occupied a vacant house at 1006 East Denny, on the Northeast corner of Cal Anderson Park. At 3:30 pm Wednesday, these members of the community, which has formed over the past six months around Black Lives Matter and homeless advocacy, dropped a banner stating “Housing Is a Human Right!”

“They’re trying to evict us… Where do they expect us to go?” lamented one houseless activist. “This has been as close to a home as I’ve had in years. There aren’t enough shelter beds in the City for people like us, it’s cold out, and it’s almost Christmas. But there are thousands of empty spaces– why won’t they open them up to us?”

The activist’s demands are clear: Stop the sweeps, and guarantee housing for all.

“So many people don’t want to stay in shelters because of past trauma, or because they’re high-barrier or accept only youth or women,” said one activist, a social worker who works with the houseless community. “We need to provide places where people can live independently, get back on their feet, access services, and be treated like the human beings that they are.

“The Housing First model works,” the activist continued; “We’ve seen it in academic research and in real-life cases. It’s more cost-effective, it’s better for long-term recovery, and it’s the only intervention that’s a real solution, not a Band-aid.”

Seattle’s shelter beds have been historically inadequate to meet the needs of the Homeless State of Emergency declared by King County in 2015. Since the beginning of the pandemic, shelters have had to reduce capacity to meet social distancing requirements. The Center for Disease Control and Prevention’s guidelines urge cities to allow homeless encampments when other housing options are not available, and to instead install handwashing stations and portable toilets to improve santiatio. Further, the guidelines state, “Clearing encampments can cause people to disperse throughout the community.”