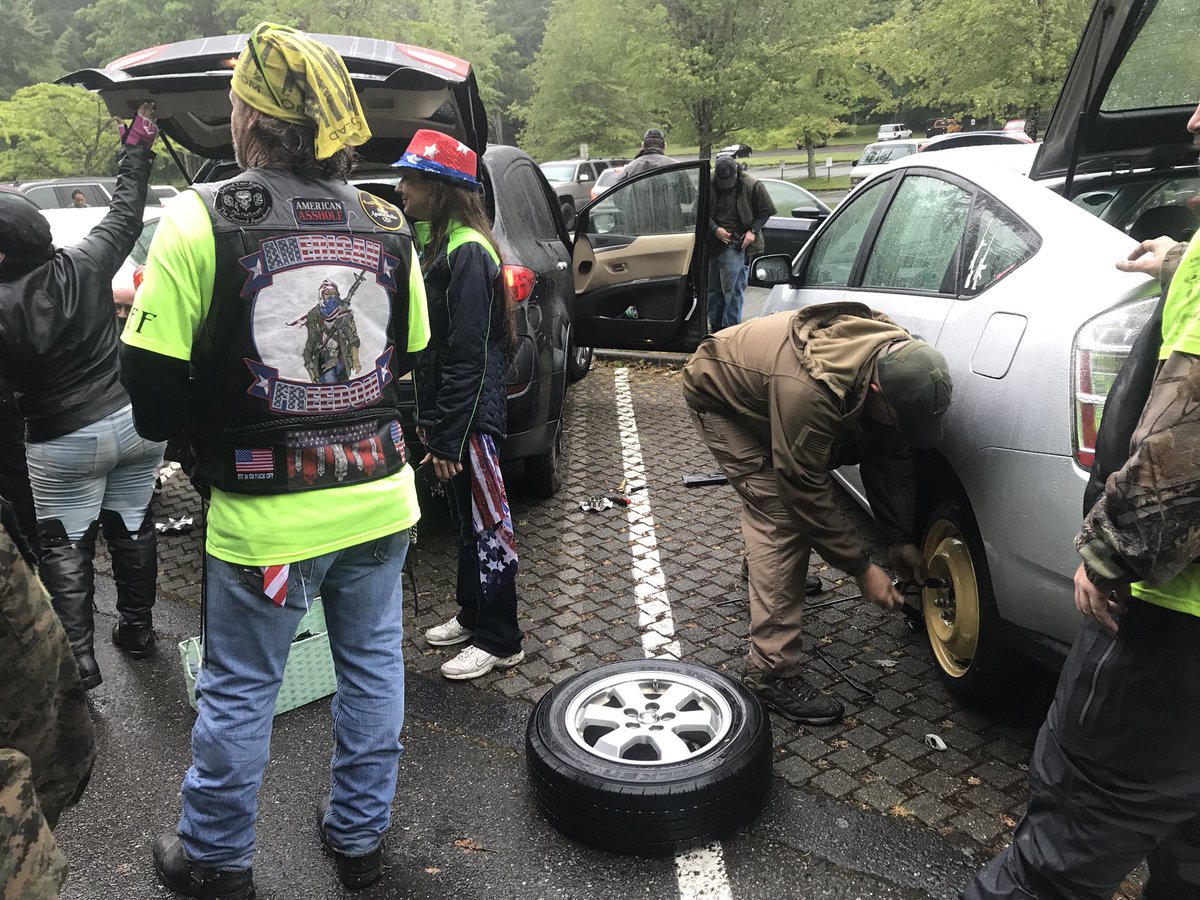 The Alt-Right have figured out a formula that unfortunately works for now. These “free speech” demos are easy for the government to permit, easy for the cops to protect, and easy for them to use as propaganda. They’re also very hard for us to fight against. They’ve found that this formula helps to paint them as the victims against the scary black bloc boogeyman. They’re not going to give up now that they’ve hit on this pattern. We should expect to see more and more demos done in this way, and we can expect more rhetoric from organizers saying they want to “stop the hate” and that this is “about love and freedom for everyone.” Remember, our opponent is cunning and guileless, and will do everything they can to recruit as well as win the hearts and minds of the mainstream.

These demos serve as a convergence point for the racists, bigots, and fascists in our neighborhoods. These people are easy to spot, just look for the signs. While they’re busy fighting with our comrades between a line of riot police, those of us who are willing should utilize this time for more clandestine actions. Below are two examples from two recent demos. We cannot tell you what to do, we can only tell you what we’ve done and how it worked.