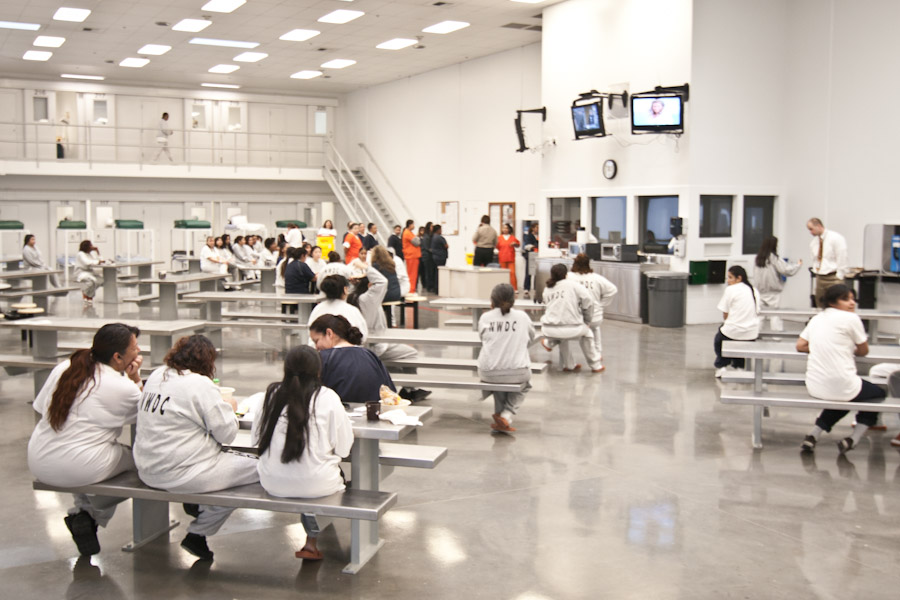 Immigrants incarcerated at the Northwest Detention Center (NWDC) continued their protest of conditions inside the Tacoma immigration prison as the hunger strike entered its third week. NWDC Resistance confirmed that at least 50 detainees were refusing to eat, and were extending their protest to boycotting the commissary.

In response to community pressure brought about by the hunger strikers’ protests at the Northwest Detention Center, the Tacoma City Council held a hearing yesterday Tuesday afternoon to discuss halting plans for the facility’s expansion. In a packed hearing, the vast majority of those who testified voiced their opposition to the hunger strike. Tacoma City leaders said they have no control over federal immigration policy, but advocates noted that City Council has the power to change municipal code, and the Finance Director can revoke GEO Group’s license to operate the detention center. In less than 48 hours, NWDCR wrote a letter calling on City Council to take action with over 20 community groups co-signing, and over 600 individuals signed the petition. We delivered both to City Council for inclusion in the public record, and we await their response.

Hunger strikers’ letters were read into the record at the public hearing for the City. Those on hunger strike directly contradicted GEO’s claims that the private-prison company offers “humane” services, stating, “If this is called humane treatment, well I am sorry because I call this inhumane treatment and protecting their own economic interests.” Other hunger striker testimony read into the record denounced the lack of proper medical care, stating, “When the doctor comes to the appointment, his response to everything is that they can’t help you because there isn’t enough money in the budget, and they can’t help you unless you are on the verge of death.” Hunger strikers denounced GEO’s economic calculus in ensuring the mistreatment of detainees, stating, “They know that if the facility is closed they will no longer have their little gold mine.”

Hunger strikers sent a list of demands, which NWDC Resistance read at the public hearing before City Council:

“We want improvement in these things:

Those the reasons we should stand together strong. We asking to get the same accommodations as in some other detention facilities. We are going on hunger strike on Tuesday 4/25/17 and we are asking you to join us. To get a change that should make a difference for us and our families!”

While anti-immigrant critics claimed that changes in the NWDC would make other facility conditions worse, hunger strikers themselves express solidarity for detainees throughout the US.

The University of Washington’s International Human Rights Clinic also submitted a letter in support of the hunger strikers demands, commenting, in part, that “until the NWDC closes and immigrants are allowed to face immigration proceedings free within their communities, the city should work to comply with recommendations to the U.S. to ensure persons detained have access to privacy, freedom of movement, activities, contact visits, nutritionally adequate food. The city needs to protect persons detained from discrimination, assault, segregation, and solitary confinement.”

Community members are present at gates of the facility to offer solidarity to immigrants on hunger strike. For live updates, visit https://www.facebook.com/NWDCResistance/.