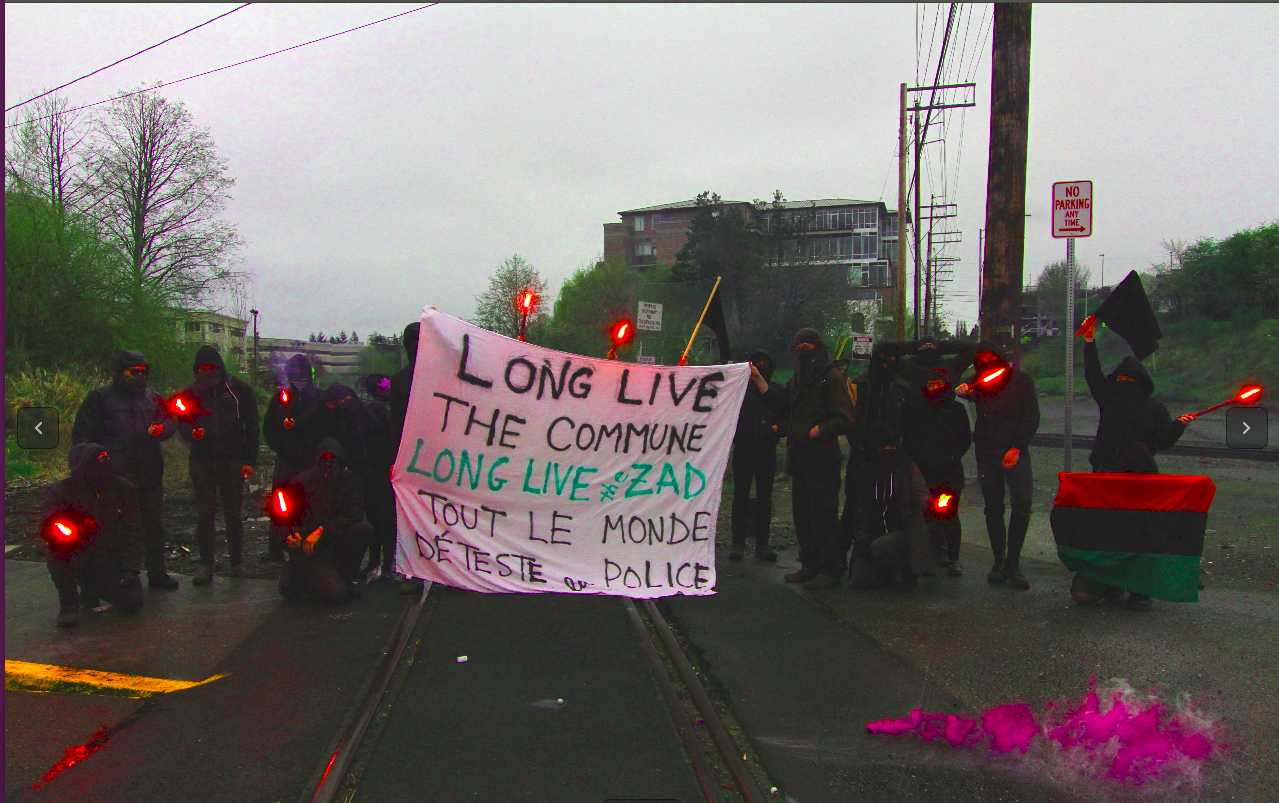 We gathered on the railroad tracks where the Olympia Commune has been to send insurgent greetings from Olympia, Washington to the brave ones currently defending La ZAD from eviction by the French state.

La ZAD is an autonomous zone in France populated by farmers, squatters, anarchists, and others resisting the construction of a new airport. Their struggle was successful and the airport was halted, but contrary to the wishes of liberals and many socialists, they continue to occupy La ZAD to build the world in which they want to live.

While the commune in Olympia didn’t last nearly as long, we twice blockaded railroad tracks carrying fracking equipment, and experimented with new liberated ways of living. It is with the memory of the freedom that we found behind the barricades that we send our love and solidarity. La ZAD is an inspiration to rebels and communards around the world.