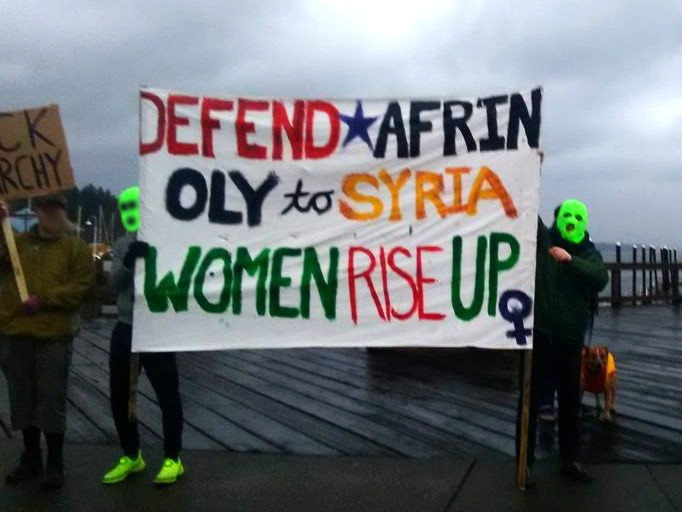 In honor of International Women’s Day and the ongoing struggle against sexism, patriarchy and oppression around the world, members of Demand Utopia, IWW and other comrades gathered in downtown Olympia, Washington to spread a message of solidarity with the Women’s Revolution in Afrin Canton and the Democratic Federation of Northern Syria (Rojava) and their heroic resistance to the recent Turkish invasion. 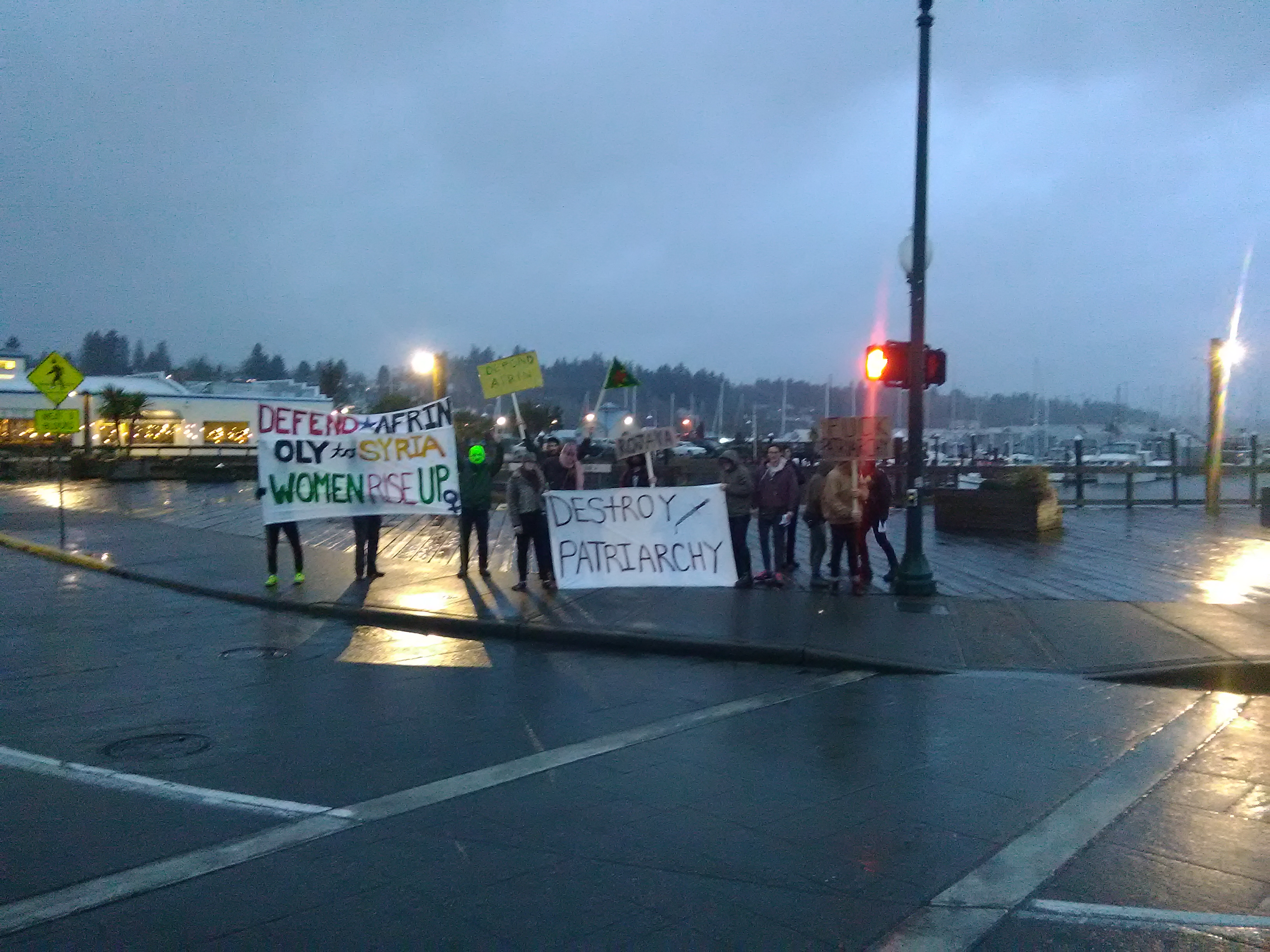 We were not dissuaded by the rain and the wind, and successfully kept our banners flying for two hours and passed out hundreds of informational pamphlets about the revolution and the Turkish invasion to townspeople at rush hour.

International Women’s day, since its inception has honored socialist and revolutionary women around the world in their struggles against patriarchy and the ruling class. We wanted to honor these radical roots and commemorate the many martyrs in this struggle.

We are committed to supporting Afrin and the Rojava revolution, and will be participating in the upcoming March 24th Defend Afrin Day of Action called for by the North American Kurdish Alliance. 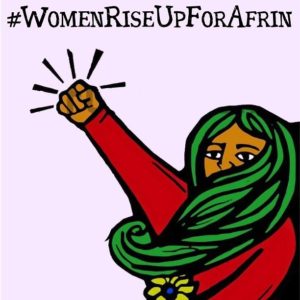 We invite comrades across North America and Social Ecologists all throughout the Solar System to join us in raising funds for the defense of the revolution and educating the people in your town that yes, another world is still possible, and we can begin building it right where we are, neighborhood by neighborhood, city by city until everyone is free. The hour may seem dark for Afrin. But giving up is not an option.