Joey Gibson, the Washington-based alt-right vlogger came crawling outta his momma’s $1.7 million dollar basement in 2017, after voting 3 whole times in his entire privileged adult life, and founded the Patriot Prayer group (PP); a bible thumping Fashy flash mob of MAGA hat owning, holy rolling cafeteria Christians who get their kicks jumping Portlanders, befriending and hiding behind their bros in the blue, and slinging bigoted Trumpian propaganda that may cause you to puke in your mouth a little. This knuckle dragging ex-con idiot quickly turned his back on his family & faith movement in exchange for the popularity that came with creating a personal fan base of bottom dwellers that includes: Rapists, Pedophiles, members of; far-right militias, anti semitic neo-Nazi Stormer Book Club folks, neo-Nazi skinheads, Identity Evropa, RAM, True Cascadia, and many other bigoted extremists. 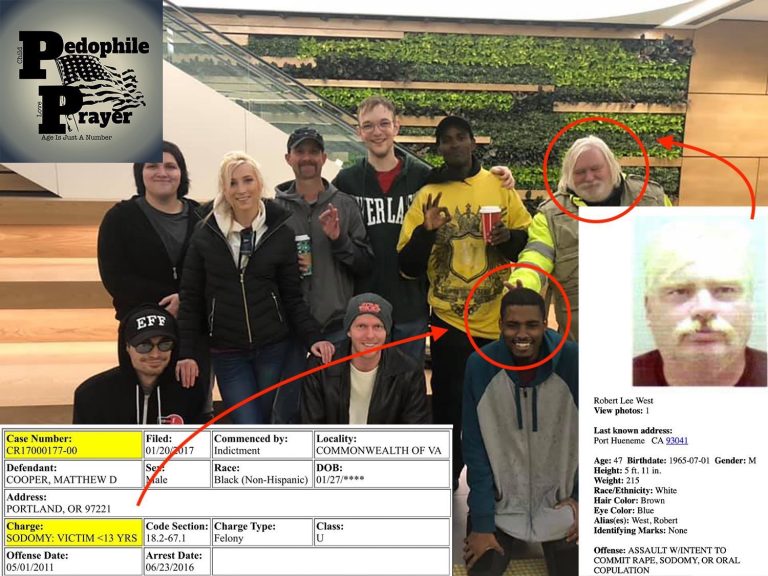 Despite his rise to stardom amongst America’s worst people, Joey’s behind the scenes life is more like a sad Country Western song. He got canned from his work; his wife left him; many local Christians are ousting him as a false teacher; he royally bombed his publicity stunt of a political campaign when he lost the Republican seat for the US Senate; and he began begging relentlessly for money via social media platforms after he crashed his car while texting, and for every perceivable excuse he can muster up to keep the grift going.

However, in true Beverly Hillbilly fashion he appears to have recently struck it rich and is now living the dream with his number one fashy fanboy Russell Schultz. Gibson and Schultz have been associates since Schultz started attending PP rallies in early 2017. Schultz’s truck has been spotted frequently in Portland as he has used this large vehicle to harass and menace anti-fascists, ICE protestors, those who are visibly LGBT, and even casual bystanders. Joey has never disavowed PB or other violence perpetrated by his followers, and has now overtly begun to collaborate with Washington III Percenters, a hardline right-wing militia group, and a grab bag of violent ex-cons and thugs that include rapists and child molesters in an attempt to keep the violence alive during the absence of his old allies the Proud Boys.

Shortly after he began his grifting campaign of begging the masses of right wing lemmings for money, he purchased a home that lists a November 2017 sale price of $470,000 in the Vancouver burbs. Joey has graciously allowed his BFF Schultz to live in the basement to chug Blue Moons in his new home in exchange for house cleaning, rails of cocaine, hugs, and constant ego massaging. What Gibson doesn’t want you to consider is the fact that the gofundme to fix his car and his financial campaigning for the Senate seat likely is how he continues to afford his plush new Fashy crash pad, and his expensive habits.

Interestingly enough, Kathryn Townsend in October of 2018, Gibson’s campaign treasurer for his failed U.S. Senate campaign abruptly resigned on September 18th approximately 2 months before the election without offering an explanation. It is widely presumed that she left the campaign to avoid legal accountability for his mishandling of campaign funds. This may explain the February 19, 2019 warning letter that Gibson received from the FEC for failing to file his year end campaign finance report.

Schultz recently denounced the Proud Boys after assisting in the doxxing at least one of them, so he and Joey could have more time to Netflix and chill while brainstorming ways they can further profit off of all the suckers who have faithfully followed and supported them in recent years.

In the end Gibson received less than five percent of the vote, which means that roughly 20K dupes voted for this turdlord. If he actually wanted to win, and planned to use campaign contributions in an ethical way–to campaign in VANCOUVER–he would not have spent every spare moment coming to Portland, right? We heartily encourage any interested parties to investigate Gibson’s dubious campaign finances. You can give Townsend a call at (253) 405-6072 and ask her some questions about the FEC filings and campaign contributions yourself.